SEVERAL weeks after the Pravda daily broke a story about so-called express diplomas being awarded by a university in Trenčín, pressure has intensified on the school’s top management as more questions have surfaced about how diplomas have been awarded, and about tuition fees that were paid by students to a non-profit organisation. 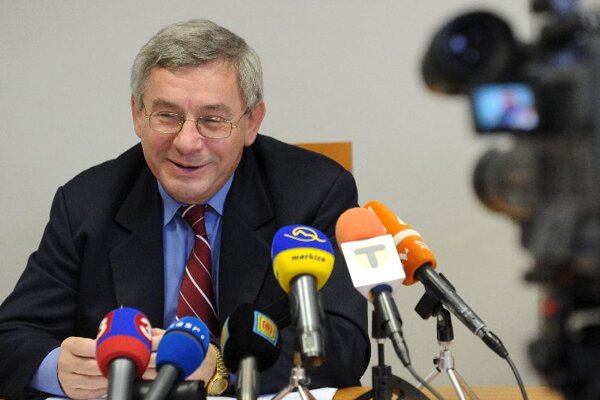 SEVERAL weeks after the Pravda daily broke a story about so-called express diplomas being awarded by a university in Trenčín, pressure has intensified on the school’s top management as more questions have surfaced about how diplomas have been awarded, and about tuition fees that were paid by students to a non-profit organisation.

The charges against the University of Alexander Dubček in Trenčín (TnUAD) started erupting in late October when Pravda wrote that Daniela Bánociová, the daughter of the dean of the Faculty of Social and Economic Sciences, had finished her studies for what is normally a five-year course in just nine months, during which she also spent a semester at an exchange stay in Bologna, Italy. Her brother took two years to finish the same course while simultaneously studying in England.

The Faculty of Mechatronics of the University of Alexander Dubček in Trenčín (TnUAD) launched a petition campaign on November 23 calling on the university rector and top management to resign. The campaign was sparked by a letter written by Peter Ponický, a teacher within the faculty who served as Slovakia’s education minister in 2002.

Ponický’s letter called on the top management of TnUAD, headed by Rector Miroslav Mečár, to resign, criticising them for poor performance as managers as well as for circumventing laws and damaging the good name of the university.

“The ever-mounting problems have grown beyond the bearable limits of tolerance to non-professionalism, irresponsibility and incapability of rational solutions,” Ponický wrote.

The Faculty of Mechatronics joined with Ponický and organised a petition which had been signed by 500 people up to December 2.

“The call is neither searching for a culprit nor trying to apply any ‘collective guilt’,” the dean of the faculty, Dušan Maga, told The Slovak Spectator. He said the university’s management is not strong enough to defend its good name in the glare of media coverage over the express diploma scandal.

Maga also complained about differing approaches by the top management to various staff members, intimidation of employees and interference in the powers of the faculties, all of which he said did not belong within a university environment.

In reaction to the call and its supporting petition Rector Mečár said at a press conference on November 24 that the managers of TnUAD were not planning to resign.

“We aren’t aware of any mistake we’ve made,” he said, as quoted by the TASR newswire. “This management stepped in a certain way and we want to finish it.”

Mečár also said that measures need to be taken primarily at the Faculty of Mechatronics and that he had already filed a proposal to dismiss Maga from his post as dean.

According to the TASR newswire, Maga had faced a dismissal attempt in September but the academic senate of TnUAD did not approve it.

“The reaction of the management and mainly the rector is, to put it mildly, bewildering,” Maga told The Slovak Spectator, explaining that the management group could seek re-election after they resign.

“After receiving any notification of mistakes or missteps, the rector first categorically rejects all the accusations and then when the evidence proves to be irreversible he admits the errors, but very brutally played down,” Maga said.

Maga said the resignation of the rector and the top management cannot be understood as the solution to all the problems that the university suffers from at the moment.

“This step is necessarily connected with a change in the institutional culture: increasing mutual trust, increasing the quality of all the key activities and improving the effectiveness of the profile activities of the university and its parts,” Maga said.

New management, according to Maga, should start a stabilisation and convergence programme to recover public confidence and trust in TnUAD.

Since breaking the original story, the Pravda daily has poured more salt on the wounds of the TnUAD management. On November 20 the newspaper ran a story reporting that part-time students from a TnUAD branch campus in Nová Baňa had been paying thousands of Slovak crowns every semester for their studies. Those payments were registered as gifts to a non-profit organisation because at that time tuition fees were illegal in Slovakia.

On November 24 Pravda wrote that an audit of the university performed by the Education Ministry, which had started the month before the express diploma story surfaced, confirmed the daily’s suspicions. All the part-time students who were admitted to TnUAD’s branches in Nová Baňa, Prievidza and Nové Zámky between 2003 and 2005 and who had paid about €600 annually for their studies might lose their degrees.

According to the Education Ministry, it was most likely a violation of the law, Pravda reported. The university reacted by cancelling all courses outside Trenčín.

“I want to state clearly that studies at TnUAD have never been the subject of business with education,” Mečár wrote in a statement for the SITA newswire.

Questions were also raised about the transparency of the degree-awarding process at the university when the Pravda daily published an article about the academic records of a part-time student in which almost all the exams in the student’s records were signed by only one person whose signature resembles that of Rector Mečár.

“It’s not true; in any case my conscience is clear,” the rector said in response via a statement released to the media.