SLOVAKIA’S ‘social companies’ have long been a pet project of the present government’s Labour Ministry. These projects, subsidised with public cash ostensibly to provide opportunities for socially disadvantaged people – in particular the long-term unemployed – but competing on the open market, have been the repeated target of media scrutiny. A series of reports in the Slovak media about social company pilot projects launched in August 2008 have suggested ties between the new enterprises and Smer, the largest party in the current ruling coalition. 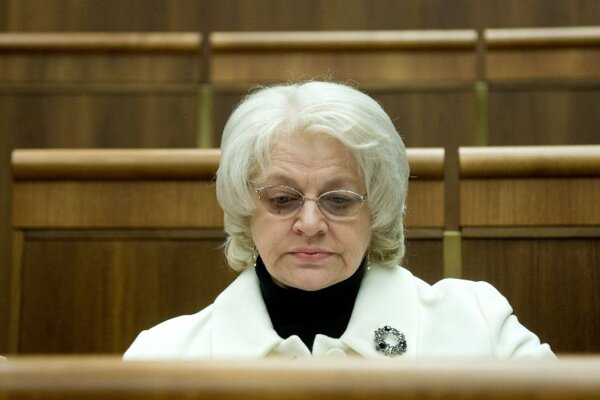 SLOVAKIA’S ‘social companies’ have long been a pet project of the present government’s Labour Ministry. These projects, subsidised with public cash ostensibly to provide opportunities for socially disadvantaged people – in particular the long-term unemployed – but competing on the open market, have been the repeated target of media scrutiny. A series of reports in the Slovak media about social company pilot projects launched in August 2008 have suggested ties between the new enterprises and Smer, the largest party in the current ruling coalition.

Meanwhile, the fame of the social companies has crossed Slovakia’s borders and now the European Commission has also shown an interest in the projects. Meanwhile, the Slovak Governance Institute (SGI), a public policy NGO, says it has detected flaws in the way that social companies operate and is warning that the defects could result in the EC refusing to reimburse Slovakia for the money it has spent on the enterprises.

“We can confirm that a team of Commission auditors were in Slovakia last week [i.e. late November] to look into the general systems for control and management of European Social Fund [ESF] spending in Slovakia,” Chantal Hughes, spokesperson for the European Commission’s Employment, Social Affairs and Equal Opportunities Directorate-General, told The Slovak Spectator.

The team was not, however, looking into individual projects at this stage, Hughes said.

“In December, a second visit will take place where the team will look into implementation of projects,” Hughes said. “The project involving social enterprises will be included in this sample.”

According to Hughes, this two-stage process – first systems and controls, then implementation – is the normal process for audit and control under the ESF. The commission auditors have started to implement their audit programme for the 2007-2013 European Social Fund programming period and are now visiting the member states, Hughes said.

Though the commission carries out its own audits and supervises the work performed by national authorities, it does not check every programme every year, Hughes explained.

“Its strategy is to audit programmes on a risk-based approach, taking account, especially, of the amounts of EU funds at stake, known weaknesses in the managing bodies, as well as the types of operations and beneficiaries involved,” said Hughes. “The objective is to ensure that by the time the programmes are closed any problems have been sorted out.”

Where its auditors find serious problems, the commission can suspend payments to a programme, and ultimately claw back money if it has been wrongly claimed or misspent, Hughes concluded.

Europe has a system of rules covering state assistance which exist to prevent individual countries from supporting businesses in their countries in an unfair way, said Miroslav Beblavý of the SGI. The European Commission has the strongest authority in this area, he added.

“These rules say that the state cannot provide advantages in the form of money or land free of charge for people who operate on the market and create competition for other businesses without having been granted an exemption by the commission,” Beblavý told The Slovak Spectator.

According to Beblavý, the commission is rather conservative about granting such exemptions and countries must proceed in line with the rules.

“The rules say that if you distribute the funds just like that, it is illegal state assistance and must be then returned,” Beblavý said. “We have discovered that the way the pilot projects were financed displayed signs of state support. However, Slovakia did not ask Brussels for an exemption and it wasn’t in line with the rules, thus this assistance for the social companies was illegal.”

However, Juraj Ťapák, general director for the European Social Fund at the Labour Ministry, argues that social companies operate as non-profit organisations and are thus not subject to state support rules. Ťapák also said, according to the SITA newswire, that the current EC checks are not focused specifically on social companies.

“It is a normal procedure that the European Commission takes in regard to every operational programme,” Ťapák said.

In Slovakia, social companies are sheltered by the argument that they are non-profit organisations and thus are not businesses, said Beblavý. However, the situation is somewhat different, he added.

“The EC is not interested in the form, since then the German government could establish a social company called Siemens and channel money into it,” Beblavý said. “The EU says that it is not the legal form that is important but whether you in reality create competition for others in the market and whether you sell products or services and whether by that you can have a real influence on economic competition.”

Beblavý insists that this is what these companies do: they sell products or services, which means that they are operating in the market and in this way they are in conflict with EU legislation. This means that the EU will not pay anything to Slovakia, he argues.

The SGI says it wrote to Labour Minister Viera Tomanová advising her that problems with the state subsidies paid to social companies might emerge.

“We drafted it in a very forthright tone because we consider it quite important that the taxpayers do not have to finally pay the Sk720 million [approximately €24 million bill],” said Beblavý. “We have never received an answer to the letter.”

Beblavý is convinced that the Labour Ministry should never have financed the social companies from either EU funds or its own funds because it is a bad project built on what he called “the principle of party cronyism”.

“Moreover, the whole project was prepared in an amateurish way, since it is at odds with the rules on state support,” Beblavý said, adding that Minister Tomanová bears personal and also political responsibility for this project.

“The approach of the ministry is irresponsible and partisan,” Štefanec told The Slovak Spectator. “Also, in this case, it is social only towards the deputies and nominees of Smer, who stand in the background of the social companies.”

According to reports in the Slovak media, one of the social company pilot projects was established by Smer deputies Lea Grečková and Ján Babič, while another four were founded by Juraj Thomka , a friend of Smer deputy Jana Laššáková, the Sme daily wrote.

According to Štefanec, the social companies are expensive and harmful. He suggests that one job in a social company costs Slovakia twice as much as a position in a car-making company. As for the harm done, Štefanec argues that the companies strongly affect the business environment and are putting functioning companies, which receive no subsidies, at a disadvantage.