TWO are stronger than one and three are stronger than two. This is especially true in the tourism business, in which no single firm provides the whole range of services required by tourists. To increase their chances of success, firms and individuals as well as local public administration bodies active in tourism in Slovakia are joining together in clusters – or klasters, as the word has been transliterated into Slovak. In the recent past such clusters have been launched in the Liptov, Orava and Turiec regions, and a spa cluster now exists in Dudince. In the pipeline are clusters in the Tatras as well as in Košice. 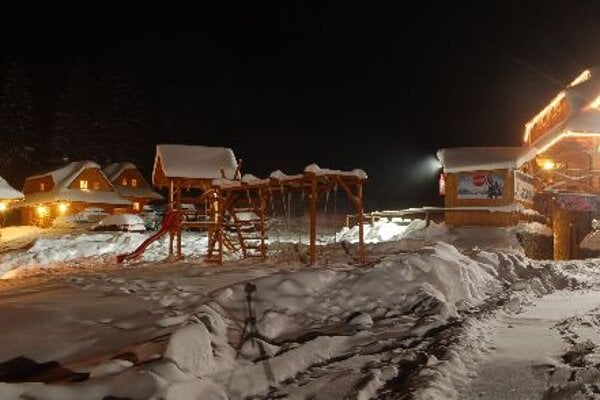 TWO are stronger than one and three are stronger than two. This is especially true in the tourism business, in which no single firm provides the whole range of services required by tourists. To increase their chances of success, firms and individuals as well as local public administration bodies active in tourism in Slovakia are joining together in clusters – or klasters, as the word has been transliterated into Slovak. In the recent past such clusters have been launched in the Liptov, Orava and Turiec regions, and a spa cluster now exists in Dudince. In the pipeline are clusters in the Tatras as well as in Košice.

Private firms as well as state and municipal organisations are launching clusters with the primary goal of marketing jointly and thereby boosting the image of their region and spreading information about its sights, natural attractions as well as about the services on offer. Because as Martin Hromada, the executive secretary of Klaster Orava believes: “Nobody visits a region about which nobody knows”.

“The ambition of Klaster Orava is to put the Orava region on the map of popular European destinations under one brand name in Slovakia as well as abroad, to create competitive tourist products and to inspire active cooperation in the region,” Hromada told The Slovak Spectator, adding that the cluster was launched this summer. “There had long been a need to form an association in the Orava region. The economic downturn and a similar trend in other countries as well as in Slovakia speeded the process up. We knew that the Orava region has the potential to profit from tourism. Thus the question was how to start marketing the region and a cluster, i.e. participation of the private sector, local government and eventually the state, looked to us to be an adequate and logical solution.”

The founding members of Klaster Orava include the aquapark AquaRelax Dolný Kubín, ski resort operators Ski Park Kubínska Hoľa, SkiZábava Hruštín, Roháče-Spálená as well as hotels and pensions, the village of Zuberec, and others. As an association of the whole region it remains open to anyone eager to promote the area.

Hromada regards the main advantage for members of the cluster as being better marketing.

“This is not only informing tourists about the region via quality promotional materials, a website, participation at fairs, but also coordination of members when creating products, i.e. packages of services,” Hromada said, adding that the communication also goes in the opposite direction, i.e. informing members about the situation in the market, trends, possibilities to draw money, for example from EU funds, or mediation of commercial contacts. The cluster is also a partner for regional government and state institutions. For tourists a cluster means that they will get information about the region more conveniently from one source. He believes that informing them about the region may have an impact on the decisions of investors or developers, who can bring the region prosperity and new jobs.

Hromada described another benefit of the cluster as enabling people from various parts of the region to sit at one table and exchange know-how.

Even though Klaster Orava has been operating for only a few months, for this winter season it has already prepared packages of services for tourists which include accommodation, ski pass and a visit to an aquapark.

Klaster Turiec also dates back to this summer, when its founding members signed up on June 26. Its founding members are the towns of Martin and Vrútky, its three biggest ski resorts, Snowland Yeti, Jasenská Dolina-Jased, and Winterpark Martinky-Proski, and the travel agency Fatra Ski, Jozef Petráš, spokesman of the City of Martin told The Slovak Spectator. He would like to see the spa of Turčianske Teplice and the town of Turčianske Teplice, as well as the local association of hotels currently being developed, as future members of the cluster.

Andrej Hrnčiar, the mayor of Martin and the president of the cluster, acknowledged the decision of municipalities and firms to join and their willingness to contribute money and time to develop tourism in the region.

“Confidence that this step will be beneficial for the Turiec region is most clearly presented by the cooperation of the three biggest ski centres in the region in the launch of this cluster,” he said at the launch of Klaster Turiec.

“Even though in fact they are competitors, they realise, just like the municipalities, that the way to sustainable development and prosperity leads via a satisfied client. We will achieve this best through effective marketing and promotion and a comprehensive package of services under one brand name.”

Members of Klaster Turiec had previously felt the need to set up a similar organisation in the early 1990s, and now hope that the cluster will result in their limited powers to promote the region being combined. The first tangible product of Klaster Turiec, ski pass Turiec, was launched on December 1. The pass is valid in three ski resorts – Jasenská Dolina, Snowland Valčianska Dolina and Winter Park Martinky – and enables its holders to ski on 22 slopes with a total length of 27 kilometres, and use 17 ski lifts and three cable cars.

Klaster Liptov was launched as the first destination management organisation in Slovakia in August 2008 as a joint marketing centre for the destination of Liptov in north-western Slovakia. Its founding members were private companies such as Thermal Park Bešeňová, Aquapark Tatralandia, tourist resort operators Jasná Nízke Tatry, Skipark Ružomberok, and the municipalities of Liptovský Mikuláš, Ružomberok and Liptovský Hrádok, as it writes on its website.

Inspired by the cluster form of cooperation in tourism abroad, Dudince, which is known for its unique healing mineral water, has also succeeded in creating a public-private partnership of bodies engaged in tourism, with tourist businesses on one side and the town of Dudince and the Banská Bystrica regional government on the other, as representatives of the local public administration. Balnea Cluster Dudince was launched in June 2008 as the first spa cluster in Slovakia, Kristína Paulínyová, the head of the Tourist and Information Office and the secretary of Balnea Cluster Dudince told the Spectator.

Along with four local hotels, spas and the municipality of Dudince and Banská Bystrica Region, the cluster would like to add neighbouring villages as cluster members in order for it to become a regional association.

“The main advantage of the cluster is the joining together of knowledge and experiences,” Paulínyová said. “Members of the cluster cooperate in areas in which they are not competing with each other. The most visible aspect of this is in the common financing of cultural events and joint promotion in the media and at fairs.”

Summing up the outcomes of cooperation so far within the cluster, Paulínyová highlighted an improvement in the range of activities offered to spa clients, adding that local citizens also appreciate the better selection of cultural events. A tangible result is also the launch of the Tourist and Information Office.

Košice, the second largest city in Slovakia, plans to launch a tourist cluster or destination management organisation by June 2010. Tourist bodies in the High as well as Low Tatras and the Spiš region also plan to form a cluster, Tatry-Spiš.

“We hope that together with other clusters in Slovakia we will manage gradually to persuade state representatives that support and especially innovations in tourism really make sense if they follow the needs of the regions.”