INTERNATIONAL Anti-Corruption Day came and went on December 9 but its marking did not seem to prompt Slovak public officials to use the opportunity to raise domestic awareness of this global plague which UN Secretary General Ban Ki-moon has said “weakens democratic institutions, undermines the rule of law and enables terrorists to finance their nefarious work”. 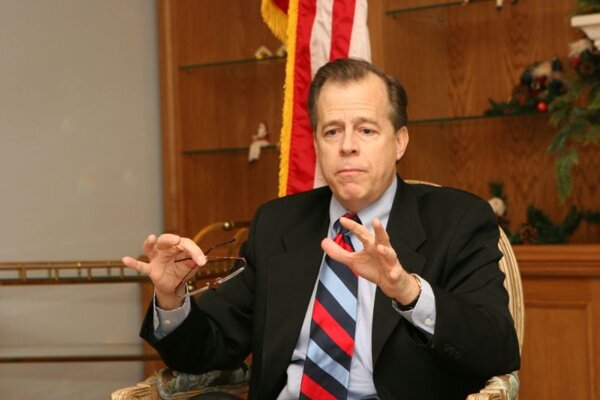 INTERNATIONAL Anti-Corruption Day came and went on December 9 but its marking did not seem to prompt Slovak public officials to use the opportunity to raise domestic awareness of this global plague which UN Secretary General Ban Ki-moon has said “weakens democratic institutions, undermines the rule of law and enables terrorists to finance their nefarious work”.

A 2009 survey by the Institute for Public Affairs, which found that 74 percent of the Slovak respondents were concerned about corruption, may prompt government officials not only to mark publicly the anti-corruption day but also to examine carefully why so few Slovaks are willing to report incidents of public corruption, with most fearing retribution, as reported by Transparency International.

In fact, Slovakia recently slumped in the most-quoted world corruption perception chart prepared by Transparency International. According to the results published on November 17, Slovakia ranked from 56th to 60th on this index chart gauging 180 countries – a decline in comparison with the period of the previous government in which Slovakia was ranked 49th and 50th. The overall Corruption Perception Index (CPI) decreased from 5 points last year to 4.5 points this year, the SITA newswire reported.

Watchdog groups, anti-corruption activists, diplomats and businesses agree that corruption is rarely just an internal issue for any particular country.

“We care about this issue because we have a tremendous investment here in Slovakia and we keep hearing from American business leaders, American businesswomen and businessmen, that they are concerned and that their investments here are affected by some of the problems having to do with corruption and cronyism and the degree of willingness to pursue these issues,” said Keith Eddins, Charge d’Affaires of the US Embassy in Slovakia.

Eddins referred to a survey involving over 300 businesses operating in Slovakia conducted by the American Chamber of Commerce in the period of March-June 2009. As many as 72 percent of survey respondents said they considered Slovakia’s public tenders and allocation of financial resources to be non-transparent and said that the state had not created and did not apply transparent procedures for allocation of incentives and EU funds. In addition, 81 percent of those surveyed considered corruption to be a barrier to doing business.

Ambassador Glyn Davies, Permanent Representative of the United States to the International Atomic Energy Agency and the United Nations Office in Vienna, said he understands that fighting corruption is a work in progress in Slovakia and adds that it is a world-wide problem.

“It is not just something you find in the third world,” Davies said. “It is plague, a disease; it saps money from schools and hospitals and social needs; it is corrosive, like an acid which when it gets into a system makes it very difficult to move a society forward.”

Recognising the crucial role of the press in uncovering corruption, Davies took note of the tendency of public officials in Slovakia to sue newspapers for libel.

“That is relatively rare in the United States,” Davies said. “Occasionally, government officials sue newspapers for libel or defamation, but I do not think those cases do very well because of the way our court system has developed. American judges are willing to administer the laws in a very brave way.”

According to Davies, progress could be measured if such lawsuits did not happen as often, adding that he is not talking about the merits of any individual cases but “when you see that trend happening in a society, it raises some big question marks for us”.

Davies said that if this gets to the stage where newspapers become bankrupted by lawsuits and actually get shut down, then that situation can be very worrisome.

Eddins pointed out that there is no single approach to corruption and that many people and institutions must confront the problem.

Eddins referred to a new peer review mechanism which was recently approved by the United Nations in Doha in November as a way to strengthen implementation of the UN Convention against Corruption.

According to Eddins, this mechanism is a good opportunity for countries to share information on how to create systems that allow for reporting of corruption or other crimes without fear of retribution. In the US there are whistleblower laws which Eddins said are a good way to protect individuals in reporting corruption and other illegal activities in both businesses and government.