Real estate market is not what it was

Things have changed indeed. Although many people may wish otherwise, the fact is that conditions in the real estate market in Slovakia have changed rapidly and the situation might not return anytime soon to those golden years between 2004 and 2006. 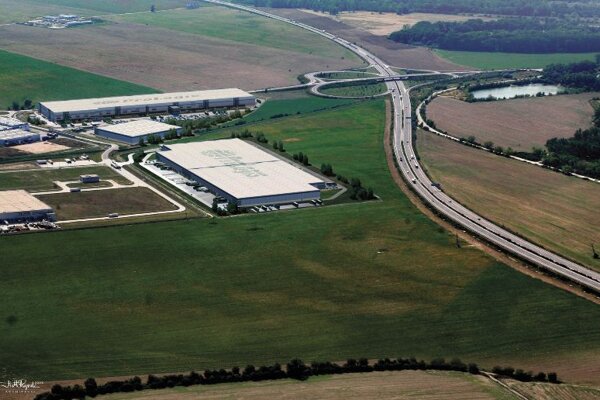 Things have changed indeed. Although many people may wish otherwise, the fact is that conditions in the real estate market in Slovakia have changed rapidly and the situation might not return anytime soon to those golden years between 2004 and 2006.

As the Slovak economy became more open to foreign direct investment, many additional companies considered moving production capacities here or actually did so and this led to an increase in demand in the real estate market. Suddenly, it became attractive or fashionable to invest in properties, even for individuals or companies which had not been previously active in this field. Banks also reacted to these developments by easing their requirements for providing loans. Not surprisingly, this resulted in the real estate market becoming overheated. This would not have been such a huge problem if real estate crises had not arisen in many other countries across the world. An independent observer could find it interesting to watch the rapid, day-to-day changes in the market where the advantageous position of the seller, who had been pushing prices up, was replaced by an advantaged buyer who turned the market in the other direction.

A few more facts and trends of today’s market will now be highlighted.

First, it is almost impossible to give a clear answer to questions about how the prices of various types of real estate have changed because of the crisis. In fact, there is no general market price today; one could have been determined here two years ago based on the transactions that were done. Today, it depends much more on the circumstances of a particular deal: the situation of the sellers, whether they urgently need cash, and other factors.

Today it is obviously more advantageous to be buying a property, than selling one. This situation is being utilised by legal entities with sufficient cash resources, such as funds and banks, which are forced to appraise their clients’ deposits and have not been that significantly affected by the mortgage crisis. This is likely to result in extensive use of the so called “open book system” in which those entities mentioned above with sufficient cash resources pay off the debt of the seller who ultimately will have a negligible margin. Some interesting properties on the market could be found in this way.

Second, location is still the key aspect of real estate. A buyer is now the king and is obviously aware of it. There are many different viewpoints on the location of a single site but all of them in some ways reflect the expectations of the price. In addition to those with a good location, there are those that are “ready-for-use”, meaning they have the necessary permits, settled proprietary rights, good access to the site and available utilities. Today, most investors have a clear idea about the use of a property even before the purchase. In contrast to the golden times, investors or purchasers are no longer interested in a “field” where it may be possible to build something in the future.

Even though the financial crisis has been around for some time, some sellers continue offering those “fields” and still have not realized that the situation has changed. They are still offering their “wealth” at an unrealistic price. In addition to this “reason” for asking an irrational price, there are some convincing reasons why a certain price remains above the average despite the crisis. This is mainly the situation where a seller is in a financial situation where there is nothing urgently pressing the sale of the property.

Regarding the type of properties that have preferred demand from the aspect of their readiness there is a higher preference for brown-field sites rather than green-fields. This preference reflects not only the requirements of investors but also meshes with the general concepts of government authorities. There are some rational arguments that underscore this trend.

The authorities are currently preparing a national strategy for revitalization of brown-field sites in order to enhance the use of already indentified premises and to avoid development expansion into arable land parcels.

In the past, investors had been put off from investing in brown-field sites mainly due to the expenses stemming from elimination of environmental burdens, inconvenient layout of the existing buildings, and their poor technical condition.

The proposed national strategy of revitalization of brown-field sites aims to solve these problems by allocating financial resources from Structural Funds of the European Union to support the refurbishment of brown-field sites. The main idea is to solve the problem of currently abandoned premises. This proposal is expected to complement the lack of a multinational strategy for further industrial development.

It is also necessary to consider the fact that every site has its own cycle and if green fields are used now, then eventually in 20 years they will also become brown-fields and that will only result in a further enlargement of the number of brown-field sites in Slovakia.

Manufacturers who relocate their production according to the business cycles, depending on current macroeconomic conditions in a particular country, should be aware of this fact. In this trend, more and more potentially-abandoned premises are being created with a damaging effect on the environment, landscape and ecology, not to mention occupying new hectares of arable soil which is already in imbalance in comparison to the number of inhabitants on this planet.

This underlines the fact that many developers and landowners have applied for removal of their property from the Agricultural Land Fund without having a particular demand in hand in order to avoid the payment required resulting from the new legislation valid from January 1, 2009. This includes mainly developers who have prepared hundreds of hectares of lands for construction purposes. It is expected that most of these green fields will not be used in this way in the near future.

Another part of this trend is that manufacturers are reconsidering their investment strategy and prefer to invest their resources into new production technologies, human resources and R&D rather than new buildings. It is also recognised that investors need to be flexible in their decisions, especially when it comes to the time required for realisation of projects and that benefits the owners of ready-to-use premises. Besides the time aspect, investors are more careful when negotiating a contract, especially when it comes to its duration and exit conditions, in order to minimise potential losses. This is also affected by the fact that banks have strengthened their conditions for project financing and require more guaranties.

Today banks examine in more depth not only business plans but also the structures of orders and customers and even trends in related industries. All these aspects obviously influence the investment strategy of investors as well as related real estate transactions, whether in the manufacturing, residential, retail or office fields.

From a global perspective it was clear from the beginning that the growing real estate bubble that did not reflect the real demand in the market could not have been sustained. It was only a question of time; and those who managed to step out of the train heading to the edge of a cliff at the right moment were lucky.

Many experts are arguing that business cycles repeat themselves and are expecting another recovery. History indeed underlines this statement; however, having analyzed the past, it has not always been real estate that made people rich as each era has had “the golden commodity” that provided opportunities for unbelievable profits such as the investment trusts in the 1920s, technology stocks in the 1980s and 1990s, the crude oil bubbles in the 1970s and 1980s, the real estate bubble at the end of 2008 and last but not least the still prevailing secondary-market stock transactions such as futures trading, hedging and credit default swaps.

Now with the intensively discussed global warming phenomenon, we can see CO2 emissions as the newest commodity coming to the market, attracting the attention of more and more investors, and maybe causing the next big bubble one day. But this is yet another story.

Marek Jakubis is the Head of the Real Estate Department, SARIO