The single most recognisable characteristic of the Slovak tax system is the flat 19 percent tax rate, applied to corporate as well as to personal income. This is also the standard rate for the value added tax charged on supplies of goods and services in Slovakia. The flat rate has certainly contributed to simplification of Slovakia’s tax system. 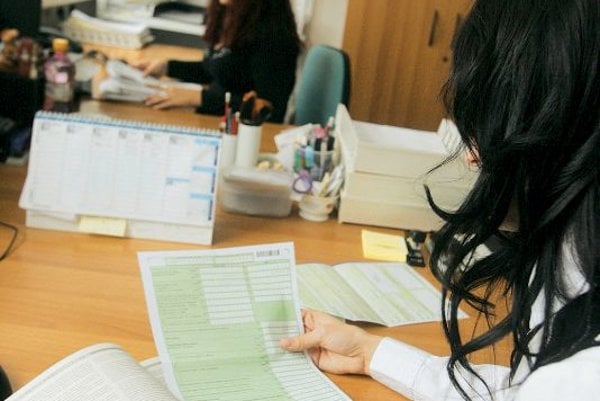 The single most recognisable characteristic of the Slovak tax system is the flat 19 percent tax rate, applied to corporate as well as to personal income. This is also the standard rate for the value added tax charged on supplies of goods and services in Slovakia. The flat rate has certainly contributed to simplification of Slovakia’s tax system.

On the other hand, administrative burdens, ongoing vague interpretations by the tax authorities, and frequent legislative changes do not serve to render the tax system easier for taxpayers. The Slovak parliament recently approved the latest amendments to the tax legislation and they will become effective on January 1, 2010. The changes will affect both direct and indirect taxes as well as the administration of taxes and taxpayers are required to thoroughly implement them.


Companies resident in Slovakia, which are those having their registered seat or place of management here, are subject to taxation of their worldwide income in Slovakia. Non-resident companies are liable for corporate income tax on income from Slovak sources only, for example, income attributable to a permanent establishment in Slovakia.

The tax return should be filed and the respective tax liability settled within three months of the end of the tax period. Extensions of this period are currently possible only with the explicit approval of the tax authority. Following the latest amendment, this procedure will become easier beginning in 2010 – companies will simply need to give notice to the applicable tax authority that they wish to prolong the period for an additional three months or for six months if they also have foreign income.

The tax base is calculated from the accounting result once items decreasing and increasing the tax base are reflected. In the event that a company records a tax loss, this can be deducted from its tax base in the five subsequent years. In these times of economic crisis, carrying a tax loss forward will be made more advantageous for taxpayers; for tax losses incurred after December 31, 2009 the period will be prolonged from five to seven years.

2009 is the first year in which those companies having transactions with other companies within their group are required to maintain documentation recording their transactions with foreign-related parties and to demonstrate that these were performed in accordance with the transfer pricing rules. The underlying purpose is to demonstrate that the prices were set at the market level.

Business combinations, such as mergers and non-monetary contributions, are also subject to important changes. Relatively comprehensive rules will become applicable as of January 2010.

Finally, when detailing the Slovak tax system, the non-taxation of dividends distributed from profits since 2004 should be mentioned, even though this is far from being new information.

The tax on immovable property is the only tax payable in advance, i.e. at the beginning of each calendar year on the property that a company owns as of January 1 of the respective year.

Indirect taxes are harmonized within the European Union. The most important tax in this group is the value added tax (VAT). The Slovak VAT rules follow the EU Directives and main principles adopted by the EU. The amendments applicable from January 2010 reflect the EU’s introduction of the “VAT package”, altering the rules for determination of the place of supply of cross-border services or simplifying the rules for filing foreign VAT refund applications. Another significant change is the introduction of the transfer pricing principles into the VAT legislation.

Another recent change includes the introduction of the so-called “VAT grouping”, which has already been widely discussed for several months. This new regulation will, from January 1, 2010, allow companies that are financially, economically and organisationally interconnected to register for VAT as a group and to act as a single VAT-payer. This could significantly simplify VAT administration; however, the requirements to qualify for this procedure are quite strict.