No rejoicing over rankings

THE QUALITY of Slovak universities and their faculties is stagnating or, in some cases, improving very slowly. That is the conclusion drawn from the rankings of Slovak universities recently published by the non-governmental Academic Ranking and Rating Agency (ARRA). Experts continue to find that, as in the previous years, not only teaching but also particularly research capacities remain significant problems for local universities. 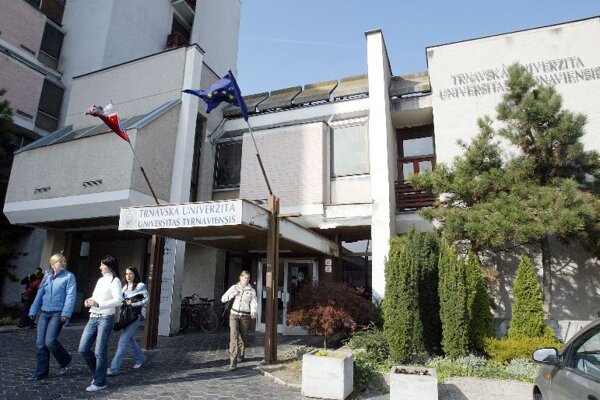 THE QUALITY of Slovak universities and their faculties is stagnating or, in some cases, improving very slowly. That is the conclusion drawn from the rankings of Slovak universities recently published by the non-governmental Academic Ranking and Rating Agency (ARRA). Experts continue to find that, as in the previous years, not only teaching but also particularly research capacities remain significant problems for local universities.

In 2009 ARRA made some changes to the ranking system used in its fifth edition by leaving out some past criteria and dividing faculties into more discrete groups – for instance, the former broad classification of humanities and social sciences was subdivided into smaller and more uniform groups such as theology, philosophy, art, economics and law. This helped to reveal certain Slovak leaders in their academic fields which are, for instance, the Law Faculty of Comenius University and the Faculty of Economics of the Technical University in Košice (TUKE).

According to ARRA, there are still many cases in which literally masses of students are admitted to certain study programmes – such as at the Faculty of Social and Economic Relations of Trenčín University, a school that has recently been accused of issuing 'fast-track' diplomas to some of its students. At that faculty there were about 800 students per professor or assistant professor. Other faculties, prevailingly in the fields of social science and humanities, also suffered from this deficiency, but in lower proportions than at Trenčín, ARRA wrote.

The number of students per teacher was also among the criteria used in the comprehensive accreditation of universities which was finalised by the Education Ministry’s Accreditation Commission this year. Based on this accreditation review some of the schools did not fulfil all the criteria required for status as a university and they were re-classified as only higher education institutions.

“Generally speaking, most of the universities adjusted their behaviour to the accreditation criteria published by the Accreditation Commission and they lowered the number of students per teacher or per professor or assistant professor,” Michal Považan, the director of ARRA, told The Slovak Spectator. “But there are still cases of different behaviour too.”

“The final decision is in the hands of parliament and, as such, it also holds in its hands the future of university education in Slovakia,” Považan said.

According to Považan the rating criteria which evaluated the research activities of the educational institutions, whether qualitative or quantitative, uncovered most of the sore spots in the quality of Slovak universities.

“Many schools have poor scientific outputs and we can say that at some of them there is no scientific production whatsoever,” Považan said.

The Education Ministry has disregarded the rankings of universities published by ARRA, arguing that the data used by the agency for its report are not from relevant sources, the SITA newswire reported.

Považan said the ARRA rankings are based on data gathered and published either by the ministry itself or by organisations that fall under direct control of the ministry.

“Therefore, the argument of the ministry that our data aren’t reliable is hard to understand,” Považan said.

This year, ARRA highlighted the good performance of the Faculty of Economics of TUKE which has been a leader among economics faculties for several years now.

“Our data show that the faculty has arranged partnerships with foreign research institutions with which it is able to draw financial resources that it can use for its further development,” Považan explained.

“This is what allowed it to free itself from dependence on Slovak grants which on one hand suffer from malnutrition and on the other hand are from an unstable system.”

The dean of the Faculty of Economics of TUKE, Vincent Šoltés, who participated in the birth of the faculty in 1992, said that it was mainly the lack of acceptance from the existing economics schools in Slovakia, which were not willing to help the newcomer to overcome its initial problems, that forced the faculty management to search for support and cooperation from outside the country.

According to Šoltés, the faculty is strict in selecting its staff and researchers, as well as in admitting students at the undergraduate, graduate and doctoral levels.

PhD students at the faculty have the possibility to participate in international projects and gain not only better experience and knowledge but also better financial support.

“Only the best students get the opportunity to join the faculty staff after finishing their doctoral studies, in line with the faculty’s development concept,” Šoltés told The Slovak Spectator.

He said the staff of the faculty must be ready to use their capabilities to fulfil this concept and its aims which are often tough, but always attainable.

He also stressed that the work of all staff must be rewarded on the basis of clearly established criteria.

“These criteria are not adjusted to suit only the ones we want to reward, but to suit the purpose we want to achieve,” Šoltés said.