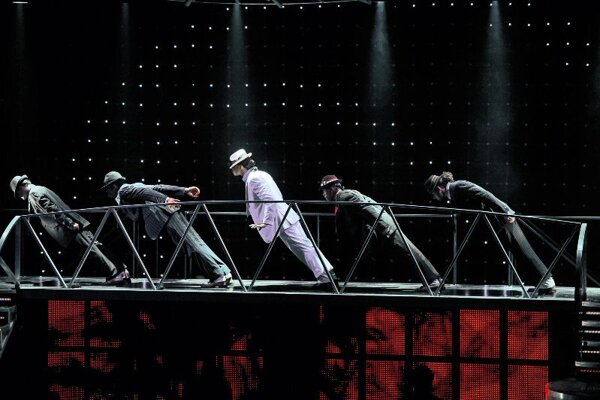 ALMOST half a year after Michael Jackson’s unexpected death, the world of music has not yet finished paying tribute to the King of Pop through various events dedicated to his dancing and music. On December 18 and 19, the city of Bratislava will join in this celebration of one of the greatest entertainers with three performances of a show entitled Thriller Live, which brings to life on stage the sensational dancing and distinctive sound of Jackson’s greatest hits, as well as the most famous singles of his family’s band, The Jackson Five. The show, held at the Pasienky Sports Hall (Trnavská cesta 29), is available for an admission of €20 to €45. For further information about dates and times, see www.music-art.sk

Christmas Megaconcert – Popular local band Desmod have prepared a Christmas gift: they will perform a concert featuring their greatest hits but they have also invited other musicians, such as Zuzana Smatanová, Aya and Metropolis.

Aven Romale – To mark the recent World Human Rights Day, the Royal Netherlands Embassy in Slovakia and its partners have prepared an exhibition of photographs taken by Roma children from Košice during a workshop led by Dutch artist Rob Houkes.


Open: all day, every day, until January 7, 2010. Admission: free. Nový most (the New Bridge). www.slovakia.nlembassy.org.

The Golden Voices of Gospel – This gospel choir from New York’s Harlem finish their tour around the country only a few kilometres from the Hungarian border.

From Our Collection – On the occasion of the gallery’s 40th birthday, the most interesting pieces from its collection of works of art are available in one show.

AniMars – A score of Slovak artists, students and professionals present a collection of animated cartoons, meant not only for children.

“ONLY love can heal wounds, only patience can bring people together, only an open heart can spark hope in a despairing soul.” This is the motto of an upcoming fundraising event, simply called Christmas Concert, which will enliven the Steel Arena at Nerudova 12 in Košice on December 14. Starting at 19:00, the evening will include performances by bands and musicians from Slovakia and the Czech Republic such as Petr Muk, Gypsy Devils, Fragile, Železiar, Róbert Opatovský & Band and many others. Tickets cost between €10 and €30 and the proceeds will be used to support the Children’s Oncology Centre in Košice. More information can be found at www.promo-stars.sk.

Crowds – The revival of the Tatra Gallery continues with a display of paintings by young Slovak Kamil Kozub.