‘A MEDIA conspiracy is behind it’. That is how politicians in Slovakia often respond to any form of muckraking journalism. Prime Minister Robert Fico recently accused the publishers of Slovakia’s major daily newspapers of plotting a unified campaign against his Smer party and then took his comments one step further by comparing the print media to the Mafia. 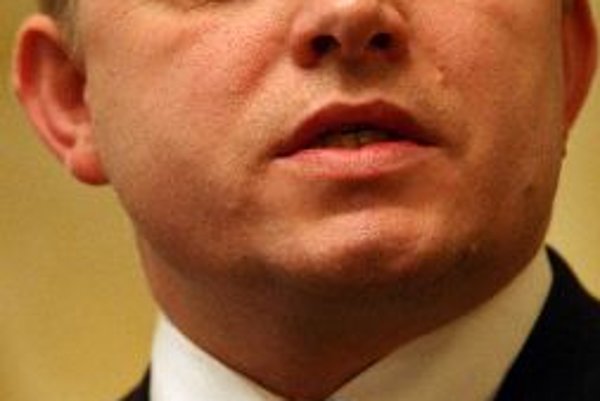 ‘A MEDIA conspiracy is behind it’. That is how politicians in Slovakia often respond to any form of muckraking journalism. Prime Minister Robert Fico recently accused the publishers of Slovakia’s major daily newspapers of plotting a unified campaign against his Smer party and then took his comments one step further by comparing the print media to the Mafia.

Fico said that the publishers had agreed at a meeting how their dailies would handle specific information they acquired and had even decided to use the same headlines for their stories covering the same topics.

The publishers strongly rejected Fico’s charges and the major dailies printed a statement on December 12 in which the publishers stated that “Prime Minister Fico lies”.

“We members of the board of the Association of Publishers of Periodical Press in Slovakia, leading representatives of the largest publishing houses, and editors-in-chief of the most significant Slovak dailies unambiguously declare that no such meeting was held and we consider being described as Mafia as an insult,” reads the joint statement.

The signatories to the statement also said the prime minister’s gradated attacks against journalists, full of inapt and even vulgar expressions, were in the same way inappropriate and insulting.

“Media and journalists are not doing anything other than what is usual in a democracy,” the statement said. “Certainly, the prime minister has the right to use all legal means for his protection if he believes that these activities cross the line of law. However, he does not have the right to cross the line of decency and stir up among society an atmosphere of aggression against the media and journalists.”

The representatives of the association said that they are ready at any time to meet the prime minister and have a factual discussion about the issues he raised.

Fico has a long history of verbal attacks on journalists, having several times described the media as assuming the role of political opposition. His government also initiated a new Press Code in 2008 which has harvested international criticism from organisations which defend journalists and a free press.

By the time The Slovak Spectator went to print on December 17, Prime Minister Fico had neither responded to the publishers nor commented to the press at one of the specially summoned news conferences that he has sometimes used to share his opinions about the media. Fico has also refused to respond to questions about the source of information for his comments about an alleged meeting of publishers.

The Slovak chapter of the International Press Institute has not remained silent and firmly condemned the prime minister’s statements.

“The media, by searching for information that politicians deny to them, are only fulfilling their mission,” the IPI said in a release. “Examining family ties between leading politicians and people who are nominated by politicians to different institutions and bodies of the state is not an indecent act; on the contrary, it is unavoidable for the fight against cronyism and for building a well-functioning, free society.”

According to the IPI, the Slovak media may have their faults, which could be an appropriate subject for discussion and debate, but that investigative reporting by the Slovak media is certainly not among any such faults.

“Thus, we consider the vulgar comparisons that the prime minister has made about the media not only offensive but also threatening to freedom of speech,” the IPI said.

On December 10, during one of his shortest and most emotional press conferences, Fico slammed the media for what he called the trauma caused to his family by journalists.

Journalists had been investigating suspected family ties between Fico and the wife of the sacked boss of the Slovak Land Fund, the state agency which has become home to another mega-scandal involving land restitutions which were subsequently transferred to a firm reportedly close to Vladimír Mečiar, the head of the Movement for a Democratic Slovakia (HZDS) and a partner of Fico's in the governing coalition.

Fico also referred to “one daily” requesting the Regional Court in Topoľčany to permit a review of the court files regarding inheritance proceedings related to the prime minister’s deceased father.

The Slovak Syndicate of Journalists has repeatedly invited Fico to hold a constructive dialogue with it and its members and has joined the publishers in objecting to the stances and statements made by Fico towards the media.