WHEN the Government Office in October refused to grant more than €130,000 in European funding to the Čistý deň (Clean Day) charity, which cares for drug addicts in Galanta near Nitra, the group’s founder, Zuzana Miková, didn’t lose hope. 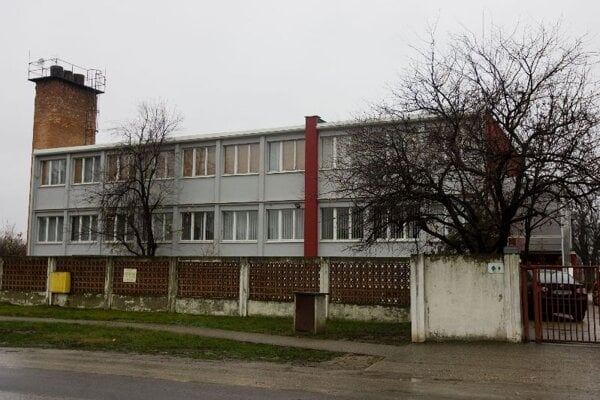 WHEN the Government Office in October refused to grant more than €130,000 in European funding to the Čistý deň (Clean Day) charity, which cares for drug addicts in Galanta near Nitra, the group’s founder, Zuzana Miková, didn’t lose hope.

Miková herself works at the Government Office as the director of its council of ministers for drug addiction. During her tenure, Clean Day has received over €100,000 in grants from the Government Office and the Anti-Drug Fund, where Miková is a member of the board of trustees. After the Sme daily wrote about her link to the charity, the government halted further funding for Clean Day.

On October 6 a new NGO called DT Institute was registered with the Interior Ministry. On the same day DT Institute and Clean Day signed a contract according to which the latter would perform drug rehabilitation services for DT Institute – precisely the same services, in fact, that it renders at its centre in Galanta.

At the same time, the newly founded DT Institute submitted a bid in the third round of the Government Office call for projects to fight drugs. The deadline for projects was October 19, less than two weeks after DT was registered. Funding experts said it was unlikely the charity could have assembled the necessary paperwork in the time available, but DT’s request for €131,000 was approved, and the money was sent by a payment order dated December 1.

Zuzana Miková was a member of the commission that evaluated the projects, both of her own Clean Day in the first round, and that of DT in the third round. Government Office spokesman Braňo Ondruš said that Miková could not have influenced the selection of DT Institute, whose project was identical to the earlier Clean Day proposal. Miková, he said, “at her own initiative recused herself from judging any of the projects submitted in the third round, in order to rule out any suspicion of conflict of interest given the fact that in the past she had been part of an organisation (Clean Day) involved in the same activities that were the focus of the call for projects”.

She also resigned as chair of the Association of Resocialisation Centres and her membership of the Anti-Drug Fund board.

When The Slovak Spectator visited her at her home in Galanta, Miková admitted that she still had a close relationship with Clean Day, which she founded in 2003. “It’s my baby,” she said. Miková, long a member of the tiny Slovak addiction treatment community, said she knew “three-quarters” of the people whose projects were evaluated by the Government Office. Asked why she had not recused herself earlier, when Clean Day’s proposal was approved, she asked: “What good would it have done? Would you have written something different than you did?”

Miková did not want to explain how she knew the head of DT Institute, Marta Pripková of Dobrá Voda, near Trnava. “She’s young, she has nothing to do with this, please just leave her out of it.” When we spoke to Pripková’s mother Marta, she claimed to know nothing of the case, even though DT is registered at her home. Her daughter did not respond to a request for an interview.

Miková said that after her link to Clean Day was reported in the media, the head of the Government Office, Igor Federič of the ruling Smer party, refused to approve funding for the NGO. “He said that if he signed off on it, I would have problems,” Miková said. “I told him that I could handle it, but he said that as long as he was in the job, he wouldn’t sign anything for Clean Day.” A compromise was reached with the founding of DT Institute.

The rules also suggest that DT did not qualify for any funding. The government’s payment order claims that €128,000 of the money is to be used “for the purpose of reconstructing a building”. In Galanta, Clean Day director Peter Tománek pointed out a ruin across the road from the charity’s main premises that he intended to turn into a satellite rehabilitation centre for child addicts.

According to the rules, “if funding is requested for construction purposes, it is conditional on the applicant owning the premises in question or having tenancy rights to it”. The contract between DT and Clean Day, meanwhile, claims that Clean Day, not DT, has leased the property from the Trnava Regional government. In other words, DT did not meet the conditions for being awarded funding.

Ondruš said that DT’s use of the money would be audited, “in order to rule out any suspicions related to support for this project”.