REPORTS on consumer prices are perhaps among the very few items of business news which have not been pumping up Slovaks’ blood pressure lately, since inflation in the country has been flirting with record low levels. 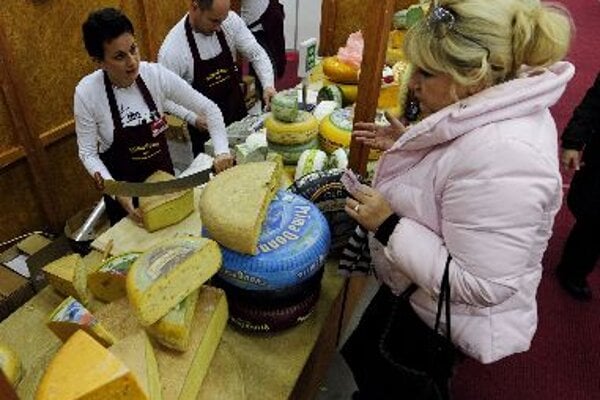 REPORTS on consumer prices are perhaps among the very few items of business news which have not been pumping up Slovaks’ blood pressure lately, since inflation in the country has been flirting with record low levels.

The swelling jobless rate and tough competition is pushing retailers to cut prices or restrain increases say market watchers. Though it is unlikely that the price tags of goods and services in Slovakia will change dramatically in the next few months, analysts suggest that prices will start growing moderately again, especially after the first quarter of 2010, when the country’s economy is expected to start getting back on its feet.

Inflation in November as measured by the national methodology remained the same as October’s level, 0.4 percent year-on-year. Average annual inflation for 2009 over the ten-month period fell by 0.2 percentage points to 1.7 percent, Slovakia’s Statistics Office reported.

When measured by the European Union’s Harmonised Index of Consumer Prices (HICP), Slovakia posted a lower inflation rate, with no year-on-year change in consumer prices in November, than the whole eurozone in which prices grew by 0.5 percent year-on-year.

Eduard Hagara, an analyst with ING Bank, confirmed that inflation remained at a record low level and he sees three factors as mainly behind this development.

“Last year’s extraordinarily good harvest pushed down food prices,” Hagara told The Slovak Spectator. “Because this year’s harvest has not been that great, though still relatively good, this factor will be gradually weakening.”

Also, according to Hagara, with the gradual increase of world oil prices, fuel prices in Slovakia which were 20 percent lower year-on-year in the first three quarters of 2009, will no longer hold back inflationary pressures.

“But the most important factor in the low inflation is weak consumer demand which forces businesses to cut prices,” Hagara said. “The growing unemployment, along with the weakening of currencies in the region, which made cross-border shopping an attractive alternative for Slovaks, has not been benefiting Slovak retailers.”

Consumer prices increased in November by 0.3 percent month-on-month, a development mostly influenced by the growth of tobacco prices, a senior analyst with Slovenská Sporiteľňa, Mária Valachyová, told The Slovak Spectator.

Prices of alcoholic beverages and tobacco have been growing the fastest year-on-year, at 7.9 percent. Health-care services grew by 7.3 percent; education by 4.8 percent; and housing, water, electricity, gas and fuels by 3.2 percent year-on-year, according to the Statistics Office.

However, food and soft drinks prices have dropped by 5 percent; furniture and household appliances by 3.4 percent and transportation by 3.1 percent when compared to last year’s prices. Clothing and footwear dropped 2.3 percent year-on-year.

Slovakia’s consumer prices in November, as measured by HICP, were flat compared to the same period last year, according to Eurostat. Consumer prices in October actually dropped by 0.1 percent year-on-year for the first time ever.

Growing unemployment and cheaper competition from neighbouring countries is pushing retailers to cut their prices so that they can lure customers to their shops, Hagara added.

Valachyová assumes that consumer inflation might start growing moderately during the upcoming months along with the disappearance of the effect of cheaper food and fuel.

Since unemployment is continuing to grow, Hagara expects that demand pressures on prices will be significantly limited in the upcoming months.

“It is the decisive factor on which we expect that inflation will remain low also in 2010,” Hagara said. “Along with the weak consumer demand, inflation should be pushed down also thanks to the announced decrease in regulated electricity prices. Based on our estimates, inflation until the end of the first quarter of 2010 should remain at a record low level of about 0.5 percent and only after that it might moderately grow to 1 percent at the end of 2010.”

However, Valachyová expects the weakening effect of cheaper food and fuel coupled with the gradual revival of the economy will cause prices to grow at a faster pace. By half-way through the year she estimates that the inflation rate might grow to 1.5 percent.

Valachyová explained that a difference between the European harmonised measurement of inflation and the national methodology lies in the value of imputed rentals, the amount that owners of apartments pay for their housing. One of the items which make this measurement approximate is payments that are made to repair funds which usually grow during the winter months. She said this is why the national inflation rate might be increasing more than the harmonised inflation rate.