War of words over Tokaj

SLOVAKIA’S State Language Act is not the only sore point between Slovakia and its neighbour Hungary. The two countries have also been unable – so far – to settle a disagreement over Tokaj, a unique wine region spread across the eastern parts of both countries. 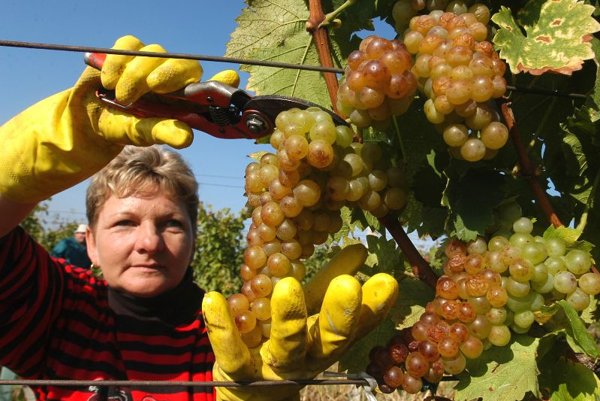 SLOVAKIA’S State Language Act is not the only sore point between Slovakia and its neighbour Hungary. The two countries have also been unable – so far – to settle a disagreement over Tokaj, a unique wine region spread across the eastern parts of both countries.

The dispute has heated up after Hungary registered the denomination ‘Tokaj’ in the new electronic database of the European Commission, E-Bacchus. The equivalent Slovak denomination is currently listed as 'Tokajská/ Tokajské/ Tokajský vinohradnícka oblasť’ i.e. 'Tokajská/ Tokajské/ Tokajský vineyard area’. But while politicians in Slovakia as well as some wine producers have tried to turn the issue into a political or international matter, arguing that Slovakia risks losing its right to use the Tokaj brand, the association of Tokaj wine producers in Slovakia as well as the European Commission have said that they regard it as an administrative matter.

“On 14 December, at the request of Slovakia, a meeting took place with the commission services regarding the denomination 'Tokajská/ Tokajské/ Tokajský vinohradnícka oblasť',” Michael Mann, spokesman for Agriculture and Rural Development at the European Commission (EC), told The Slovak Spectator.

During the meeting, Slovakia maintained that the denomination 'Tokaj' should be taken as a stand-alone denomination, said Mann, adding that Slovakia has recognised certain confusion as regards this denomination and has promised to submit the relevant existing legislation justifying the requested modification. The EC will deal with the matter in the most expeditious manner, according to Mann.

The association of producers of Tokaj wines in Slovakia, Tokaj Regnum, said it did not regard the current situation as representing the loss of the brand name Tokaj, but instead as a mistake during the inscription into the electronic register of the European Union, E-Bacchus. It added that it believes correcting this will be merely an administrative act, performed at the request of the Slovak side.

E-Bacchus, a database of geographical indications and names of origin protected in the European Community for wines originating in member states and third countries, consists of names of wines and places of origin inscribed in national legislation before July 31, 2009, the TASR newswire quoted Pavel Eftimov, the head of Tokaj Regnum, as saying.

Up to this date Slovakia’s denomination was ‘Vinohradnícka oblasť Tokaj’. However, on July 28, just before the cut-off date, Slovakia adopted a product specification detailing the name Tokaj in all its grammatical forms (in Slovak), including adjectival forms, while the new law on wine and viticulture effective as of September 2009 lists only wine-growing regions and not denominations.

Eftimov said he believes this was the reason for the mistake when the EC registered the denomination for Slovakia as ‘Tokajská/ Tokajské/ Tokajský’.

However, not all Slovak winemakers have been so understanding.

“The [Slovak] Association of Producers of Grapes and Wine believes that the European Commission proceeded in a discriminatory way when it did not recognise the denomination Tokaj for Slovakia,” the association wrote in a statement on the issue, which Jaroslava Kaňuchová Pátková, the executive director of the association, provided to The Slovak Spectator.

For now Kaňuchová Pátková does not expect any impact from the current status.

“The Slovak Republic has registered the denomination in the form of Tokajská/ Tokajské/ Tokajský vinohradnícka oblasť, i.e. it has the right to produce, label and put on the market wines with these names,” she told The Slovak Spectator. “We are rather afraid with regards to the future that if this term [Tokaj] is not inscribed for Slovakia, because all the above terms are derived from the term ‘Tokaj’, a complaint about the abuse of this term might be filed and its usage might be banned. This is the reason why we are requesting that the EC remedy the register. Between 2005 and July 31, 2009, i.e. the period to which the EC refers in this issue to national legislation, Slovakia used the name the place of origin Tokaj. This means that it meets all the conditions for registration of the term Tokaj in the E-Bacchus."

Hungary changed its ‘Tokaji’ denomination to ‘Tokaj’ in its own national legislation before the cut-off date of 1 August 2009, according to Mann.

On December 4 Slovak Agriculture Minister Vladimír Chovan announced that he has asked European Commissioner for Agriculture and Rural Development Mariann Fischer Boel to help settle the issue around the denomination of Tokaj.

In 2007, Slovakia and Hungary signed a declaration obliging them to preserve and protect the Tokaj brand name for both countries. The European Commission asked both countries at the first bilateral meeting this year to submit draft specifications that could serve as a basis for further talks. Slovakia, unlike Hungary, submitted the necessary documents, according to the SITA newswire.

At a meeting in July 2009 both countries declared interest in continuing their joint protection of the Tokaj brand. However, Hungary later modified ‘Tokaji’ to ‘Tokaj’ without consulting Slovakia about the change. Slovakia regards this as unilateral termination of negotiations by the Hungarian side, the Slovak Ministry of Agriculture wrote on its website.

There has been a long-running dispute between Hungary and Slovakia over the right of the Slovak wine region to use the term Tokaj wine for the wines produced there. According to the Trend weekly, the question of how many hectares of Tokaj vineyards there are in Slovakia remains unresolved. While Slovakia lists 908 hectares as Tokaj vineyards, Hungary recognises only 692 hectares.

The Tokaj region, of which the larger part is located in Hungary, is especially known for sweet wine made from grapes affected by noble rot.