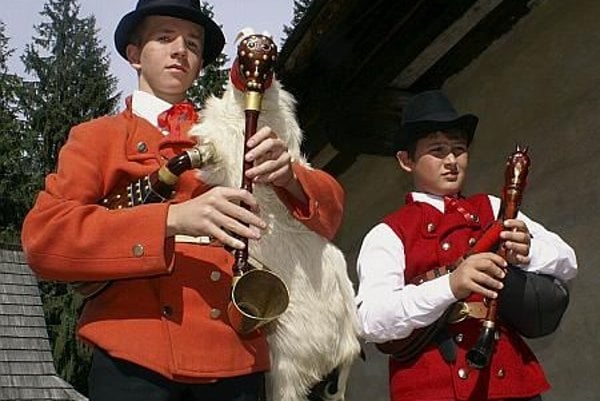 
The revival, support and popularisation of traditional crafts in the Slovak-Czech border regions is the goal of an international project called Crafts Have a Golden Underside. It is one of the top activities of the Orava Cultural Centre (OKS) in Dolný Kubín, in Žilina Region. The project is meant not just for folk artists and craftsmen but for anyone interested in traditional crafts and technologies.

The head of the OKS, Miroslav Žabenský, said that the cycle of workshops, exhibitions, fairs and folklore programmes has been prepared by the OKS in co-operation with foreign partners: the Valašsko Regional Museum in Rožnov pod Radhoštěm and the Kozlovice municipality, both in the Czech Republic. The project budget of more than €70,000 is co-financed by the European Union through a programme of cross-border cooperation. The first event was a meeting of pottery-makers and workshops for children, where they could try working on a potter’s wheel, and firing and glazing ceramics. It was called Beauty from Clay and took place on June 22-23 in Trstená. Those interested in working with textiles have got their chance in Malatiná, also on June 22-23, as part of the Bačovské dni (Shepherds’ Days) event that also included a traditional fair of folk crafts, and an exhibition of artefacts made of felt wool, folk pop-art, and traditional straw. The next event was called Návraty k Siváňovcom (Back to the Siváňs) – an international woodcarvers’ open-air workshop in Babín between August 17 and August 23. The works of woodcarvers from Slovakia, the Czech Republic, and Poland were then exhibited in a Gallery of Folk Woodcarving located in the local elementary school.

The Gajdovačka (Bagpipe) Show was the tenth year of this bagpipe festival and it also included workshops devoted to the producers and players of bagpipes, pipes, and Slovak traditional long pipes. Musicians and producers from Slovakia, the Czech Republic, Poland, Hungary, Netherlands, France, Croatia, Spain and Great Britain met on September 11 to 13 at the festival in Oravská Polhora. The creative activities were concluded in Oravský Biely Potok on September 21 to 27, at Návraty ku kameňu (Back to the Stone), an international stone-carvers’ open-air meeting that represented the climax of an effort to revive the almost 300 year-old tradition of stone-carving from the local sandstone in the village.

There were also meetings of craftsmen, artists and teachers, in August a presentation of folk creativity and folklore from the Valašsko and Orava regions in Rožnov pod Radhoštěm, and in December a festival of Christmas crafts in Kozlovice. The project's result is the publication of a catalogue and a film.