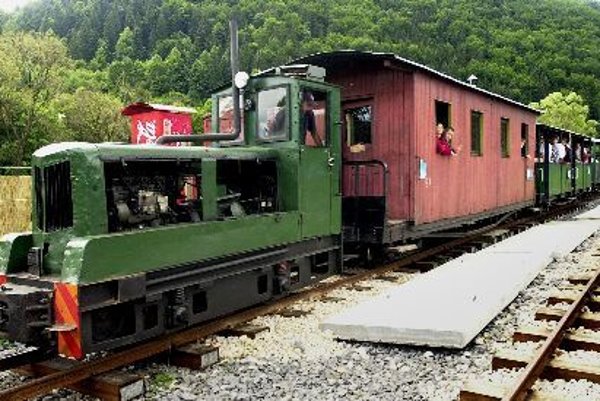 
Slovakia's historical forest railway in Čierny Balog plans to cooperate with a similar narrow-gauge railway in the Hungarian village of Nagyborzsony not far from the bordering Slovak town of Šahy. Both railways, about 160 kilometres from each other, would jointly promote, advertise and sell tickets as well as draw financial support from EU funds, Aleš Bílek, the head of the Slovak railway told the ČTK newswire.

“We have already proposed a project worth €1.33 million that counts, among other things, with extending the current routes,” Bílek explained. The Čierny Hron railway (Čierny Hron is a Slovak river) is seeking to put into operation a three-kilometre section from Čierny Balog to the local settlement of Dobroč and in Nagyborzsony they plan to reconstruct a slightly shorter section, Bílek said.

The joint promotion of the two forest railways should increase the interest of tourists from both countries as most domestic visitors do not have the slightest idea about the existence of the similar attraction in the neighbouring country, the railway head said. “The distance of 200 kilometres is not a problem for most of our visitors.” Before Czechoslovakia became a country, the forest railway in Nagyborzsony ended in the municipality of Pastovce (Iploypásztóo) where the transit shed for the normal gauge railway began.

The Čierny Hron railway managed to keep its number of visitors at about the same level this year as last, in spite of the economic crisis. Bílek said the railway transported almost 40,000 people on the routes from Chvatimech to Čierny Balog and to Vydrovská dolina where there is an open-air forestry museum. The planned reconstruction of the route to Dobroč should bring a bigger number of tourists and help local businesses there.

This year the railway celebrated its 100th anniversary. The 760 mm gauge track originally ran for almost 132 kilometres but interest in it declined in the second half of last century – with the growing use of cars – and in 1982 its operation ceased completely. A group of fans and historical railway hobbyists initiated the renewal of the track in 1992. Since 1995, the Čierny Hron railway has been owned and operated by an association of local municipalities in the micro-region Čierny Hron.