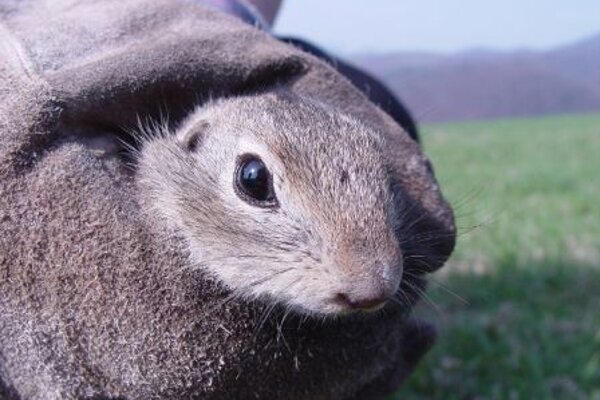 
At Košice airport conservationists have for the second time started rounding up a colony of European ground squirrels, also known as sousliks, in order to relocate them. The souslik is a cute little creature that seems to find the environs of Košice Airport to its liking. The problem is that this makes sousliks, through no fault of their own, a menace to aviation.

Ervín Hapl of Raptor Protection in Slovakia explained to the TASR newswire: “The environment of the airport is convenient for this species. But a problem is created because their presence attracts birds of prey which could possibly collide with airplanes. Because of a reduction in arable grazing land and the use of chemicals in farming, the number of sousliks has been rapidly declining.”

The project to relocate them away from the airport has received support from the European Commission and been implemented in Slovakia and Hungary. The hope is that the sousliks will be returned to environments where they can thrive.

“A long-term plan has been worked out,” Hapl continued, “to move the sousliks to the Muránska Planina National Park where they should be welcomed by other sousliks brought in from the airport in the past, and which have made a home there. Many of them are already reproducing.”