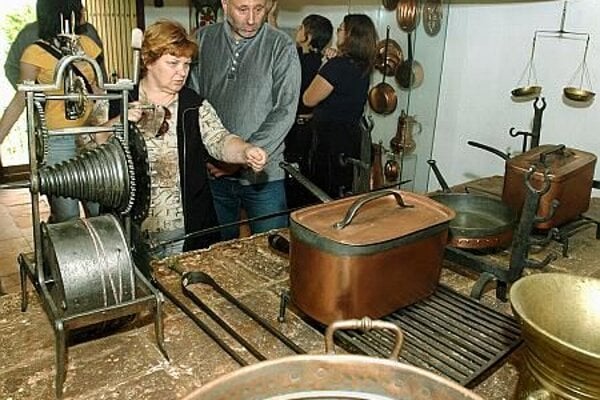 
Over the first weekend of August a two-day conference of experts and the general public was hosted by the Spiš Museum in Levoča, entitled SúHRADnice (a wordplay on súradnice/coordinates and hrad/castle). The conference focused on the renovation of historical buildings and the protection of castle sites; its second part included presentations for the public. International partners included Pernštejn Castle in the Czech Republic and Niedzica Castle in Poland. The first day of SúHRADnice 2009 was held in the town hall in Levoča, and the second day at Spiš Castle.

Each of the castles that enrolled for the conference had its own stand at Spiš Castle: Pernštejn, Niedzica, Bečov, Loket, Velhartice, Valeč, Zvolen, Strečno, Budatín, Červený Kameň, Ľubovňa, Krásna Hôrka, Betliar, Kežmarok, Niedzica, Golub-Dobrzyn. There was an event-filled programme at the castle, continuing from noon till midnight, including: fencing duels; oriental dance; historical sketches; a performance of An Eye for an Eye by William Shakespeare; a night-time performance, Might of Evil; and a fire show.