In the modern world, information is one of the most important factors affecting the quality of people’s lives. Relationships between people in the mutual exchange of information, however, must be regulated and legally governed. Transmission of information in the form of signals between the transmitter and the receiver of the signal via wires, as well as facilitating such transmission, is designated as telecommunications (or electronic communications, according to new EU terminology). 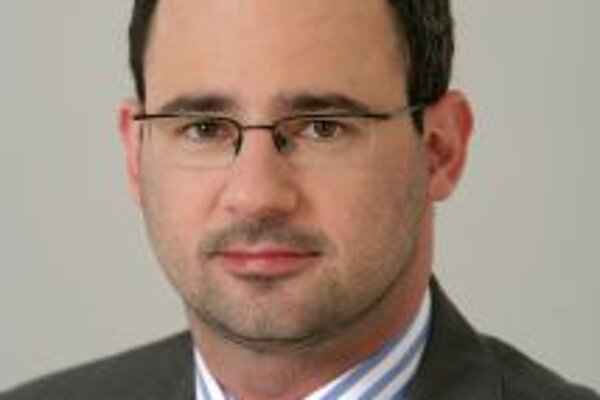 In the modern world, information is one of the most important factors affecting the quality of people’s lives. Relationships between people in the mutual exchange of information, however, must be regulated and legally governed. Transmission of information in the form of signals between
the transmitter and the receiver of the signal via wires, as well as facilitating such transmission, is designated as telecommunications (or electronic communications, according to new EU terminology).

The current Slovak legal regulation of electronic communications is based on the EU regulation of electronic communications networks and services which was implemented through a regulatory framework of directives and regulations adopted mainly in 2002 (the so-called Regulatory Framework 2002). This package of rules governs all forms of fixed and wireless telecommunications, data transmission and broadcasting. The aim of this package was to promptly respond to the quickly and dynamically-developing telecoms market and to primarily improve consumer protection and create the best conditions for the development of internal market. The main expected result of development of the internal market was to establish a healthy and competitive environment which would then naturally lead to an increase in the quality of services provided or, eventually, to a decrease in the prices of the provided services.

The Regulatory Framework 2002 was also aimed at improving consumer protection through - among others - the institution of universal service.

The universal service consists of a minimum set of services (as specified within the Framework) of given quality available to all users regardless of their geographical location and, in the light of specific national conditions, at an affordable price (including inter alia the provision of access or connection to the public telephone network on the basis of a reasonable request, the provision of at least one comprehensive directory available to end-users or the ability of all end-users of publicly available telephone services, including users of public pay telephones, to call the emergency services free of charge, by using the single European emergency call number, 112, and other national emergency numbers, etc.).

Such universal service shall be provided by the enterprise designated by the national regulatory authority throughout the whole territory of the country.

In Slovakia, as well as in a majority of the EU countries, the dominant players in the market (those with significant market power) are still the incumbents (former monopolies). One of the aims of the Regulatory Framework 2002 was to protect other players against any abuse by these providers’ dominant positions.

The Regulatory Framework 2002 significantly liberalised the internal market by the abrogation of the system of licensing the individual providers of telecommunications services by the Member States. Such licensing required fulfilment of a vast number of complicated conditions, which made the licensing process very lengthy and extremely administratively demanding and in some cases even effectively prevented new enterprises from entering the market.

The Framework introduced a general permission for electronic communications network systems and services. The right to provide electronic communications network systems or services is no longer subject to prior consent of the state regulatory authority. The Member State may only require notification of the intent to commence activities in the respective area, which is also the situation in Slovakia. A provider may generally commence its telecoms activities when it fulfils the general conditions.

How has Slovak law coped with the Regulatory Framework 2002?

The majority of the Regulatory Framework 2002 was transposed into Slovak law by means of the Act on Electronic Communications (3) and its subsequent amendments. In general,this law and its amendments complied with the requirements of the framework package.

The compensation of such costs shall be covered by contributions from other enterprises providing public networks, public services or public networks and services, with a minimum market share of 0.2%. Such contributions are deposited in a special account maintained by the Slovak Telecommunications Office, which publishes an annual report on the management of this account.

The net costs of the provision of the universal service shall be calculated by the Slovak Telecommunications Office as the difference between the costs of this service on one side and the earnings and market advantages of the provider of the universal service on the other side. The market advantages comprise mainly the strengthening of the enterprise’s reputation or promotion of the enterprise by, for example, public telephones or directories.

In the Slovak Republic, a sole provider has been designated to provide the universal service for several years. The other providers of public networks and services have tended to object to this status quo. Their main argument is that they must contribute to the designated enterprise in order to facilitate the provision of the universal service which then effectively strengthens the market position of the main competitor and weakens their position as competing enterprises. The argument here is based upon the fact that the concept of the universal service is an area which shall always
be managed by the state as it has been implemented to fulfil a so-called public interest. The framework itself allows for different solutions in this area and Slovakia adopted one of the possible approaches.

Under Slovak law, the transposition of the regulation related to the internal market resulted
into an environment where, from the legal viewpoint, any enterprise may provide networks and services on the basis of the general permission, provided it meets the conditions imposed therein. Within the general permission, the Slovak Telecommunications Office may impose only such conditions which are provided for by respective laws. In line with the EU regulation, such conditions shall
be non-discriminatory, adequate and transparent, whereby obstacles to entering the telecommunications market are eliminated and transparency is increased.

Due to the rapid development of the telecoms sector, new rules (“telecoms reform package”)reforming the Regulatory Framework 2002 have entered into force only recently (in December 2009). The reform was proposed by the European Commission in 2007; the final wording was approved by the European Parliament and the Council of Ministers in November 2009 following a quite complex procedure
of negotiations. This reform package directly amends the original Regulatory Framework 2002 and reacts to the issues and weaknesses within the competition in the telecommunications market and aims at strengthening consumers’ rights. Additionally, it contains more rigorous and consistent regulation, albeit with the originally declared priorities.

The new changes affecting consumers are, inter alia, the following:

1. The extension of rights of consumers with regard to the protection of citizens‘ rights regarding the internet access by a new “internet freedom provision” - discussed extensively by the European Parliament and the Council - providing that any measures taken by the Member States in respect of the access to, or use of, services and applications through electronic communications networks by end-users shall respect the fundamental rights and freedoms of natural persons and shall be limited
or excluded only upon a prior fair and impartial trial;

2. Porting of phone numbers and their subsequent activation shall be carried out within the shortest possible time; in any case, users who have concluded an agreement to port a number to a new service
provider shall have that number activated within one working day (in the EU, it currently takes, on average, from approximately 8 days up to few weeks);

3. Obligation of the providers of services to offer the possibility to subscribe to a contract with a maximum duration of 12 months (currently, the contract period is usually 24 months);

4. Improved information for consumers regarding the subscribed communications services by setting the minimum requirements for the contract with operators (including for example, the minimum
service quality offered, compensation, and refund arrangements which apply if the contracted service quality levels are not met, etc.);

As the majority of the rules of the reform package are contained within the newly adopted directives, these will need to be transposed into the national laws of the Member States by June 2011. In the near future, we therefore can expect amendments to the applicable Slovak legislation responding to the EU reform package.

(2) service normally provided for remuneration which consists wholly or mainly in the conveyance of signals on electronic communications networks.

Branislav Ujvári is a Senior Associate with ROWAN LEGAL s.r.o. This article is of an informative nature only. For more information go to www.rowanlegal.com