ANOTHER year of crisis and elections. This is how political analysts characterise the new year of 2010, saying that the ameliorating the global economic crisis and the forthcoming national elections will most significantly shape the decision-making and behaviour of the main actors on the Slovak political scene. 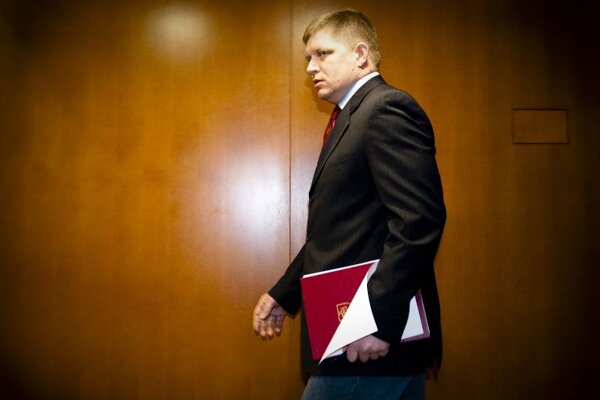 ANOTHER year of crisis and elections. This is how political analysts characterise the new year of 2010, saying that the ameliorating the global economic crisis and the forthcoming national elections will most significantly shape the decision-making and behaviour of the main actors on the Slovak political scene.

Political developments in Slovakia will be framed by two major elections. The June national parliamentary elections come first and are expected to cause some turmoil, though they are not expected to bring any significant changes to the country’s basic political orientation. Then in late autumn, Slovaks will go to the polls once more to elect mayors and local parliaments for their municipalities.

Grigorij Mesežnikov, the president of the Institute for Public Affairs (IVO), said the parliamentary elections will certainly play the dominant role in the first half of the year.


“Topics will be selected with regard to their potential to interest the electorate,” he told The Slovak Spectator.

The beginning of the second half of the year will be dominated by the results of that election and the formation of a new state-level governing coalition and only after that will the municipal elections become a topic of public discussion.

“The municipal elections are not that significant in drawing media interest, but they are very important for the functioning of the state administration so the political parties will definitely be interested in them,” Mesežnikov said.

The global economic crisis will continue resonating among Slovak society as well and it will shape the political life of the country much as it did in 2009.

Coalition expected to be stable

Mesežnikov does not expect the current ruling coalition partners, Smer, the Slovak National Party (SNS) and the Movement for a Democratic Slovakia (HZDS), to change their behaviour much because of the approaching elections, even though the existing coalition treaty will no longer be binding on the partners.

“The question is not the formal force of the coalition treaty, but the firmness of the bonds between the coalition partners – and they are very firm,” Mesežnikov said, adding that the members of the present ruling coalition have a lot in common – not only in terms of their political and material interests, but also a shared political culture and a common way of dividing up public finances via cronyism and nationalism.

“What’s relevant is that they want to remain in power as long as they can, at least to the end of this election term, and to use all the advantages that it brings and create conditions for further cooperation after the elections,” Mesežnikov said.

Political analyst Miroslav Kusý also does not believe that differing opinions inside the ruling coalition will sharpen very much.

“The prime minister is giving hope to every party [including the opposition parties] that they can be a part of the future coalition, so they will not go destroying their chances,” Kusý told The Slovak Spectator. “This is his tactic. He gives hope to every one of them and keeps them uncertain. He says that everything will show after the elections and that he will decide only then, so now everyone wants to appear acceptable in his eyes.”

Juraj Marušiak, a senior research fellow from the Institute of Political Sciences of the Slovak Academy of Sciences, said, in contrast, that relations between the coalition parties have already changed which has been shown especially by Prime Minister Fico’s sharp criticism and open attacks on SNS.

“It’s hard to talk about any force of the coalition treaty after the SNS was stripped of the Environment Ministry [due to the emissions quotas sale and other corruption scandals],” Marušiak told The Slovak Spectator. “However, I don’t expect the HZDS and SNS to have a real interest in confrontation with Smer that would make their cooperation after the elections impossible.”

Mesežnikov says there are three possible outcomes of the election. Most probably, he said, the political orientation of the country will not change at all, since he believes that if Smer, HZDS and SNS get enough votes to form a government again, none of them will hesitate to do so.

“Smer will not hesitate for sure,” Mesežnikov said. “After all, it gained full membership in the Party of European Socialists (PES) despite being a part of this ruling coalition [with the nationalist SNS and internationally-unacceptable Vladimír Mečiar from the HZDS], and also the corruption scandals [mostly among its coalition partners] did not lower Smer’s support among the voters very much,” he said.

A second possibility which would come into play especially if SNS or HZDS do not garner the 5-percent voter support required to enter parliament, is that Smer would form a coalition with one or several of the current opposition parties. In this event, all the analysts interviewed by The Slovak Spectator agreed that the potential partners could be either one of the two ethnic Hungarian parties or the Christian Democratic Movement (KDH).

The least probable of the three possibilities, according to Mesežnikov, is that a new government would be formed without Smer – either of all the centre-right parties that cross the threshold to enter parliament, or an alliance of the current opposition parties with the HZDS.

According to Marušiak, Smer is and will remain the dominant party until the elections, as it has stable political support, and is therefore most likely to be the leading party in forming the new government.

“At the moment Smer is keeping its hands free to choose its coalition partner(s) until after the elections, but the fact is that they will hardly find more loyal partners than HZDS and SNS,” Marušiak said. “All the other possible partners have a significantly higher coalition potential, but that would mean that they would be much more independent from Smer and the government would be much more vulnerable.”

Kusý does not give much chance to the current opposition in the 2010 elections because he says they have not done anything to improve their chances.

“All of them, and especially the Slovak Democratic and Christian Union (SDKÚ) maintain a passive approach, as if they were showing that they don’t have a chance to win anyway, so why even try and get bound by some alliance agreements,” Kusý said.

He expects that the centre-right opposition parties will each go into the national elections on their own which he says means that they are laying down their weapons before the fight even starts.

Experts also agree that the national elections in Hungary, planned for the spring of 2010, will have an impact on Slovak politics as well and may cause tensions in Slovak-Hungarian relations to escalate again.

“At the moment I have a feeling that the tension has calmed down, but we know that the Hungarian card is always used in Slovak elections,” Mesežnikov said, adding that he expects especially Smer and the SNS, but also other parties, to seek to use Hungarian issues during the election campaign.

“It’s now clear that Fidesz will win the elections in Hungary as it is very orgainsed and has, de facto, no competitors,” Mesežnikov said. “And it will win also thanks to strong nationalist rhetoric about defending ethnic Hungarians living outside Hungary. This will then be used, in my opinion, by Slovak politicians such as Fico and Slota who will point to Hungary and talk about rising nationalism there.”

Marušiak also remains pessimistic about relations between the two countries. He says real change in the bilateral relations can only happen after the elections. But the problem is that the political elites of both countries welcome the tension as it allows them to mobilise a considerable part of their electorates.

“I think a change could be sustained by a combination of pressure from civil society groups in both countries and international structures, particularly the EU, which should resolutely call on both parties to behave as members of the European Union are expected to,” Marušiak said.