LAST year’s economic downturn has taken a hefty toll on state coffers. While the actual state budget deficit at the end of 2009 was slightly less than the government’s October budget revision had planned, the final amount of red ink is almost three times more than the original 2009 budget deficit planned by the government of Prime Minister Robert Fico. 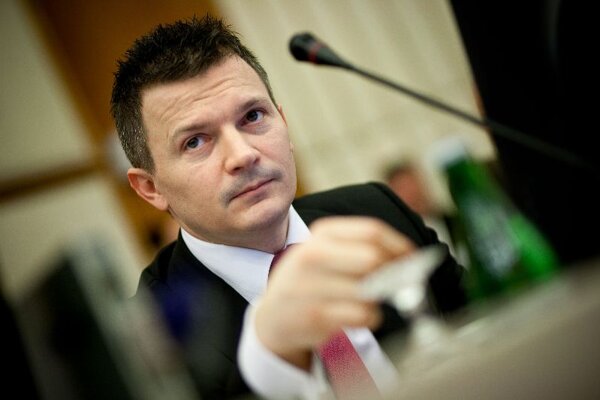 LAST year’s economic downturn has taken a hefty toll on state coffers. While the actual state budget deficit at the end of 2009 was slightly less than the government’s October budget revision had planned, the final amount of red ink is almost three times more than the original 2009 budget deficit planned by the government of Prime Minister Robert Fico.

The state deficit amounted to €2.791 billion as of December 31, 2009 while the October budget revision had projected a deficit of €3.154 billion. The original budget for the state for 2009 assumed a deficit of only €1.009 billion, according to Slovakia’s Finance Ministry.

“The deficit was better than the projections of the revised budget, which can be attributed to savings in current capital expenditures,” Finance Ministry spokesman Miroslav Šmál told the SITA newswire.

“It is a positive signal that if there is an effort to cut spending then it can work.”

The fact that the state deficit for 2009 swelled to almost triple the originally-planned budget does not come as a big surprise to Eva Sadovská, an analyst with Poštová Banka, who said that the original deficit had been exceeded beginning as early as June 2009.

“Last year’s state budget was significantly impacted by the global economic downturn,” Sadovská told The Slovak Spectator. “For example, the loss of employment by many Slovaks means not only a loss of taxes by the state but also additional expenditures.”

After the October revised budget, planned expenditures for the entire year remained at €14.125 billion while actual spending reached only €13.332 billion. Nevertheless, actual state expenditures for 2009 increased by 10.6 percent year-on-year, the SITA newswire wrote. State revenues – at €10.541 billion – failed to not only reach what was planned for 2009 but were even 7.1 percent lower than the previous year.

“Total revenues dipped by 19.6 percent less than the original budget plan and it was mainly tax revenues, which were 18.8 percent lower, that are behind the deficit,” said Sadovská.

But government spending was cut by only 5.6 percent, she added.

The state collected 80 percent less in income taxes from private entities than the original plan for 2009, before the October revision, according to Sadovská.

The lower tax revenues were influenced by weaker consumption, thus less VAT collected, and lower revenues and income by firms, she explained.

The collection of VAT, the largest source of taxes in Slovakia, significantly lagged behind the original plan, posting a 17-percent drop year-on-year to €3.846 billion, according to the year-end data released by the Finance Ministry. However, collection of value added taxes exceeded the revised October budget by 3.5 percent. Excise taxes collected fell by 3.7 percent year on year to €1.835 billion, SITA wrote.

In contrast, income taxes paid by legal entities increased slightly by 0.4 percent to €2.13 billion to account for 102.5 percent of the revised budget plan. Withholding taxes had the deepest year-on-year decline: down 24.4 percent to €155.8 million, but 2.1 percent more than the projection in the revised October budget.

Sadovská said if the actual end of year deficit is compared with the revised state budget, the bottom line is slightly better than what was projected in October.

“However, the state failed to fully fulfill the adjusted October plan in terms of revenues since it collected €430 million less, which is 4 percent below the plan,” Sadovská said. “On the contrary, spending dropped only 5.6 percent from the original budgeted amount which had remained unchanged during the October revision. One could hardly talk about any significant tightening of the belt.”

Sadovská said that because of these developments, Slovakia cannot come close to keeping its public finance deficit below 3 percent of GDP as required by the Maastricht criteria; she predicted that the deficit as a percent of GDP will be more than twice that limit.

The Finance Ministry has projected a public finance deficit for 2010 of 5.5 percent of GDP as it expects the revival of the economy will be rather slow and that unemployment will remain relatively high and tax revenues will increase only gradually.

“Moreover, this will be an election year and thus there are certain risks that the deficit won’t be lower in 2010,” Sadovská said. “We see an opportunity for savings in more transparent public procurement and in re-evaluation of some of the core goals of the government.”

After the budget deficit exceeded 6 percent in 2009, the plan to reach 5.5 percent for 2010 gives the impression of consolidation efforts, Sadovská said, but she suggested that this effort could be much more robust and should move the deficit closer to 5 percent.