One year with euro passes troublefree

IN ONE SENSE, 2009 was the year of the economic downturn in Slovakia and “economic crisis” was one of the most frequently used expressions in media reports last year. However, it wasn’t just a year of crisis; it was also Slovakia’s first year using the common European currency, the euro. 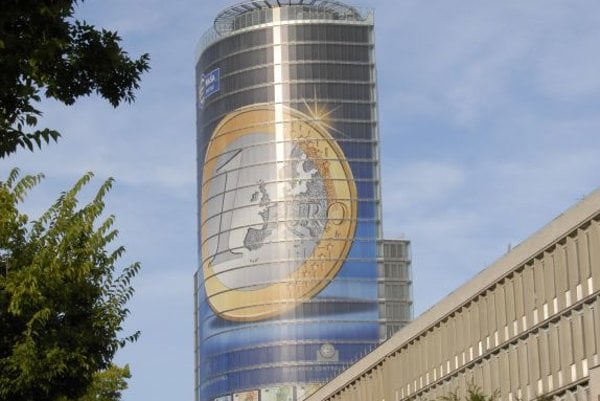 IN ONE SENSE, 2009 was the year of the economic downturn in Slovakia and “economic crisis” was one of the most frequently used expressions in media reports last year. However, it wasn’t just a year of crisis; it was also Slovakia’s first year using the common European currency, the euro.

Back in 2008, many people were concerned about potential price hikes as one of the side-effects of the new currency, which replaced the Slovak crown used for the previous 15 years.

But the impact of euro adoption on prices turned out to be negligible. A year after the switch, it seems that Slovaks have made their adjustments to the euro without major problems and that the majority of the population feels positively about the euro.

State officials, economists and observers agree that the country has handled the transition to the euro exceptionally well.

“Slovakia has adopted the euro with admirable ease and without problems. No systemic problems or complications have emerged,” the former government plenipotentiary for adoption of the euro, Igor Barát, told The Slovak Spectator.

He added that surveys show even public perceptions of the switch to the euro are significantly positive, making Slovakia an exception among adopting countries.

“Slovakia will enter economics textbooks as a showcase example of how and why adoption of the common currency can benefit a small, open – i.e. export-driven – economy, especially when over one half of its exports are destined for customers in the eurozone,” Volksbank chief analyst Vladimír Vaňo told The Slovak Spectator.

Three quarters of Slovaks regard the switch from the Slovak crown to the euro positively, with younger people tending to have the most positive attitude towards the euro, according to a survey conducted in October 2009 by the Institute of Public Affairs (IVO) and polling agency Focus.

Their survey also found that 90 percent of those polled believed Slovakia had handled the process of adoption well.

“It is a compliment to the National Bank of Slovakia and all who participated in [the process],” IVO’s Oľga Gyárfášová told the SITA newswire.

As for the most significant challenges in the process, Barát listed, first of all, meeting the Maastricht criteria, which required keeping inflation and the public finance deficit low.

According to Barát, the information campaign itself wasn’t an easy task either. While not as difficult as the technical aspects, he said it was necessary to challenge many myths and beliefs stemming from people’s fear of the unknown, for example of price hikes, psychological shocks, etc., which were believed to threaten Slovakia, but none of which actually materialised.

“But we had these issues on the table on a daily basis and had to continuously and patiently explain them,” Barát said.

However, Barát said he believed that some topics are being kept alive artificially by the media, for example reported problems with handling small-denomination coins or with the end of dual display pricing in euros and Slovak crowns.

“None of them presents a real problem in practice,” he said.

Consumers, however, tend to perceive changes in prices related to euro adoption negatively, with 57 percent of respondents believing that prices had gone up. However, this number is not so high that it overcomes the positive aspects, Gyárfášová said in early December.

Another poll, by the Median SK agency, suggests a similar trend. Of 5,074 respondents polled between May and December of 2009, 70 percent responded ‘yes’ to the question “Do you think the introduction of the new common currency caused price increases this year?”, according to SITA.

However, it may take a little longer for Slovaks to adjust fully to the currency. For example, 56 percent of respondents to a KMG International survey – conducted between December 5 and 12, 2009, on a sample of 1006 people – said that they were still converting euro amounts into Slovak crowns.

“The tendency to calculate in crowns is significantly stronger among people with elementary education,” KMG told SITA.

The IVO-Focus survey’s findings suggested that 71 percent of Slovaks would like to see dual display pricing remain in place.

“According to another survey, 99 percent of people would like, for example, to be relieved of the obligation to pay taxes,” Barát responded with a chuckle. “The survey question itself is suggestive and the result does not deliver much. People would certainly like to have price tags in US dollars, Czech crowns, Hungarian forints, and Polish zloty so that it would be even easier to compare. Anyway, this past Saturday in Austria I was given a ski pass and the price was indicated in Austrian schillings – this is eight years after Austria adopted the euro. While it is of course no longer obligatory, anyone can continue with dual display for as long as they wish.”

According to Barát, if people are able to do their shopping in the Czech Republic, Poland, Hungary and elsewhere in the world in the local currencies and are able to perform the sometimes very complicated calculations to work out equivalent prices then there is no reason why they should not be able to do so at home.

“I am 100-percent sure that no customer would leave a store and go to a competitor only because he does not find price tags with dual display while the competitor has them,” he added.

Exchange-rate stability, lower conversion costs and, after the unprecedented reduction of ECB interest rates, more favourable monetary policy conditions, which have fed through into lower interest rates for new corporate loans, have made a noticeably positive contribution to mitigating the effects of the global recession on the Slovak economy, Volksbank’s Vaňo told The Slovak Spectator.

“In particular, thanks to the avoidance of exchange rate turbulence between September 2008 and March 2009, Slovakia avoided the effect of more expensive imports on prices,” Vaňo said. “Inflation in Slovakia at the turn of 2009 was hence smooth and continuous, contrary to other markets in the region, which faced double-digit depreciation of their currencies, which in turn boosted inflation there because of more expensive imports.”

According to Vaňo, the lucky timing of the conversion – the final green light came in July 2008, just weeks before the global economic turbulence begun – at the same time helped to dispel previously optimistic assumptions about the advantages of running an independent monetary policy in a small and open economy.

As was the case especially in Hungary and Romania, a severe increase of global risk aversion caused a significant weakening of regional currencies, he added.

“Already by 2009 several Slovak industries began to feel the benefit of euro introduction, especially as multinational corporations with facilities in several of this region’s countries experienced the risks associated not only with currency volatility, and associated higher conversion costs, but also the higher interest rates in local currencies,” Vaňo said.

If there are challenges to speak of, Vaňo said, they concern more the increasing use of coins. However, instead of consumers, this issue seems to be causing headaches more for merchants, who were previously used to banknotes for lower amounts, he said, noting that the smallest koruna banknotes were equivalent to €0.66, €1.66, and €3.32 respectively. The smallest euro banknote, by contrast, has a face value of €5. Payments for corresponding amounts in euros have thus been replaced by coins, which tend to incur more handling costs, especially for smaller merchants, Vaňo said.

“Other than this technical issue, the conversion was not so much of a problem as had originally been expected,” Vaňo said. “Much of the concerns regarding the public perception of the new currency were overshadowed by deterioration in the global and local economy, including worsening labour market conditions, and especially news – which came almost daily – about the significant depreciation in regional currencies.”

Between September 2008 and March 2009, the Czech crown weakened by over 11 percent against the euro, the Romanian leu weakened by almost 18 percent, the Hungarian forint by almost 25 percent, and the Polish zloty by almost 30 percent.

“Just a few weeks after euros landed in the wallets of Slovaks, it turned them into “hard currency” visitors, a term used before the fall of the Iron Curtain for western German visitors paying with [Deutsche] marks, who could enjoy cheap shopping trips to Czechoslovakia, Hungary, or Poland,” Vaňo noted. “One should note that cross-border shopping has always been a dominant phenomenon in the border regions of Slovakia – except that this time the significant currency depreciation made zloty, koruna and forint prices notably cheaper for Slovaks shopping with euros. At the same time, this helped to further constrain local price developments – though inflation was already on a downward path due to the increase in unemployment and hence softer consumer demand.”

As for how inflation might have developed if Slovakia had not adopted the euro, Vaňo said that “a quick glimpse at the exchange rates charts and consumer price indices in the region gives an unequivocal answer: Slovakia could hardly have avoided significant depreciation at the beginning of 2009 and a corresponding rise in inflation”.

According to Vaňo, even though most of the weakening has been unwound in subsequent months, its effect on price levels lingers on: as of November, Slovakia, with its zero inflation enjoys an annual pace of HICP (Harmonized Index of Consumer Prices – the standard used by European statistics agency Eurostat) inflation several percentage points lower than Hungary, with 5.2 percent, Poland, with 3.8 percent, or Romania, on 4.6 percent.

“The Czech Republic, it is true, is faring similarly well, at 0.2 percent, but this comes at the expense of a stronger Czech crown, which has completely reversed its January-February weakness and hence given local exporters very few reasons for joy over the ‘textbook’ expectations of a weaker currency supporting the recovery of export-driven industries,” the analyst said. “Moreover, the risk appetite and gradual appreciation [of the crown] since March of 2009 have foreshadowed for neighbouring exporters a taste of the foreseeable currency volatility once the uncertainty and recession end, some time in the future, and regional currencies come under renewed pressure to appreciate and thus make their exports to the eurozone more expensive.”