THE SLOVAK Parliament had a relatively quiet year in 2009 in terms of legislative activity; and a significant portion of new legislation adopted during the past year was in response to the effects of the financial and economic crisis on Slovakia. This included the new law on strategic companies, which generated a lot of controversy. Another law perceived as problematic was the amendment to the act on collective bargaining. 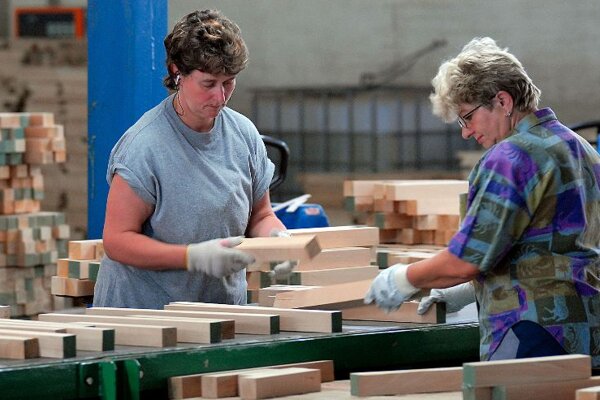 THE SLOVAK Parliament had a relatively quiet year in 2009 in terms of legislative activity; and a significant portion of new legislation adopted during the past year was in response to the effects of the financial and economic crisis on Slovakia. This included the new law on strategic companies, which generated a lot of controversy. Another law perceived as problematic was the amendment to the act on collective bargaining.

The Slovak Spectator spoke to Ľubomír Leško, attorney at law of Peterka & Partners about the most significant laws adopted in Slovakia during 2009 – and which of these they regard as problematic – as well as about legislation which he believes needs revision. Juraj Čorba from law firm Ružička Csekes provided opinions of the law firm to The Slovak Spectator.


The Slovak Spectator (TSS): Which were the most significant laws adopted in the Slovak Republic in 2009? Which of these laws are having or will have the biggest impact on Slovakia’s society in future years?

The Slovak Parliament adopted several significant laws in 2009. The government’s steps were affected by the ongoing economic crisis and the endeavour to reduce its negative impacts on the economy. This endeavour was partially reflected in minor amendments to the tax law which implemented certain degrees of relief for entrepreneurs (such as accelerating depreciation, shorter periods for return of value-added tax (VAT), and simplified bookkeeping for small entrepreneurs). In addition, parliament adopted several specialised laws in an ‘anti-crisis package’, such as the act on measures to mitigate the impacts of the global financial crisis on the banking sector, or the measures aiming to increase the sale of motor vehicles (such as the car-scrapping bonus for new motor vehicle buyers, VAT deduction for all motor vehicles, etc.).

The trend of adopting ‘single-purpose’ laws continued in 2009. Several laws fall within this category, but the most discussed enactments included the act on the submission of price proposals by commercial companies, whose aim was to preclude the major Slovak natural gas supplier from applying to the regulator for consent to impose new gas prices on consumers (even though this act was adopted at the end of 2008 its effects also prevailed in 2009 and, moreover, by adopting it the state as one shareholder in a private company has basically used its legislative powers in a dispute with other shareholders), and the widely discussed strategic company law, which was adopted as an answer to an issue regarding a single company and which makes it possible for the government to nationalise this company under certain circumstances.

Among other important enactments is the amendment to the Notaries Act, which also amends the act on the land register and increases the involvement of notaries and attorneys at law in the process of transferring title to real estate. In spite of the initial proposals the amendment did not introduce a monopoly of notaries and attorneys to draft and authorise agreements on the transfer of title to real estate.

In general, the legislative activity of the Slovak Parliament was fairly modest in 2009.

Of particular importance was the adoption of a temporary bank support scheme aimed at maintaining stability in the Slovak banking sector by providing capital injections and guarantees to eligible financial institutions (Act No. 276/2009). This aid scheme was subsequently approved by the European Commission in December 2009. It remains to be seen to what extent this temporary scheme will actually be used by the financial institutions.

The amendment of the Civil Code passed in December 2009 is also worth mentioning (not yet published in the Collection of Laws). By introducing untypical and novel effects of judicial decisions on (existing) contracts and General Terms and Conditions used in commercial practice, it aims to strengthen the protection of consumers against unfair terms in consumer contracts.

TSS: Which of these laws do you perceive as controversial and might end up – or already have – in the Constitutional Court?

The strategic company law has brought a lot of controversy, including serious reservations from foreign investors. Numerous statements were issued both when it was being drafted and after its enactment arguing that it unfairly interferes with ownership rights and that there is a high probability that certain provisions may be unconstitutional.

The Act on Certain Measures Regarding Strategic Companies (no. 493/2009), known as the strategic company law is probably the most controversial piece of legislation adopted in 2009. This is so not only because of its very speedy adoption, but also because of its content. The provisions in this act remain confusing and possibly open complex questions related to state aid control.

TSS: What parts of EU legislation has Slovakia not yet implemented into its legislation?

We are not aware of a major implementation delay in relation to Slovakia.


RC: In general, Slovakia’s transposition record is comparable with other member states. Problems may lie in application of EU law by courts and administrative bodies in individual cases. It seems that public authorities are still somewhat ‘shy’ and ‘defensive’ as regards arguments based on EU law. In this respect, our judicial and administrative practice seems to be lagging behind other Visegrad countries.

The entry into force of the Lisbon Treaty (December 1, 2009) significantly increases the ‘EU dimension’ of criminal law issues. It provides further incentives for Slovak legislators to tackle the issue of the criminal liability of legal entities (mandated by certain EU legislative acts).

TSS: Which important laws or legal norms does Slovakia lack, and which laws need to be revised in the future?

There are several regulations which may require revision in the future. This applies not only to legislation mentioned in the answers above but also to previous years. Among these laws we can point to the 2007 amendment to the Act on Health Insurance Companies, under which private health insurance companies are prohibited from recording a profit – and with which there is a high risk from arbitration proceedings by investors, or the act on extraordinary measures to be taken during the construction of highways, adopted in 2008, which allows construction on private land plots before expropriation proceedings are duly completed and, consequently, irrespective of their result.

Complex legal regulation of Public-Private Partnerships, as envisaged by a government resolution, should bring clarity and certainty into this novel area of legal regulation.

It is also important that relevant measures implementing the Act on Financial Intermediation and Financial Advisory (Act no. 186/2009) are duly passed in order to complete the new regulatory framework.

One may regret that the proposal for standardised publication of judicial decisions on the internet was dismissed by the Slovak Parliament in December 2009. Adequate publicity and accessibility of judicial decisions would certainly be beneficial not only for the legal profession but also for the general public.