THE LAW on strategic companies is undoubtedly perceived as the most problematic law adopted last year. The legislation, originally tailored to deal with the financially troubled chemical firm Novácke Chemické Závody (NChZ), which subsequently declared bankruptcy in September, has displeased traditional political opponents of Prime Minister Fico’s government, businesses, foreign chambers of commerce as well as some previously staunch allies of the government, such as trade unions. 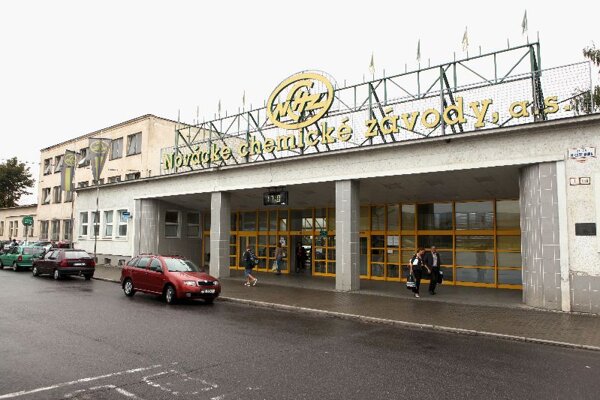 THE LAW on strategic companies is undoubtedly perceived as the most problematic law adopted last year. The legislation, originally tailored to deal with the financially troubled chemical firm Novácke Chemické Závody (NChZ), which subsequently declared bankruptcy in September, has displeased traditional political opponents of Prime Minister Fico’s government, businesses, foreign chambers of commerce as well as some previously staunch allies of the government, such as trade unions.

“I would list the law on strategic companies drafted by the Economy Ministry as among the most harmful bills of 2009,” Dušan Zachar of the economic think tank the Institute for Economic and Social Reforms (INEKO) told The Slovak Spectator. “Through this bill the government wants, via its pre-emptive right over a company's assets, to allegedly save jobs and production in companies economically important for the state which have found themselves with existential problems. But the real effect will be exactly the opposite.”

The law, whose full name is the Act on Certain Measures Regarding Strategic Companies, which parliament passed on November 5, authorises the state to buy bankrupt firms which the cabinet designates to be ‘strategic’ to the economy. Any firm employing more than 500 employees which is deemed important for the security of the state, protection of public health or that operates within so-called network industries can be defined as strategic. If such an enterprise files for bankruptcy the state will have a pre-emptive right to take control of the company and later decide whether to select new owners.

The cabinet said that the law is intended to help preserve existing jobs at companies severely affected by the economic downturn and said the law would be valid only until December 31, 2010. The European Commission has requested additional information about the law from the Slovak government and will be reviewing whether it complies with EU regulations.

According to Zachar, the law does not respect the basic principles and pillars of a free society and a market economy, which are, for example to guarantee and enforce property rights, freedom of conducting business, stability of legal norms, legal reliability, etc.

“The law does not enable revitalisation of a company in an effective and in a way normal in a market economy within the process of bankruptcy proceedings and thus secure in a sustainable way production and jobs,” said Zachar. “If the government acted as a steamroller when implementing this law, we can expect dubious, poorly justified and incomprehensible ‘adverse’ takeovers of companies, which, I hope, will not end as in February 1948.”

Zachar was referring to the period when commercial and industrial companies in the former Czechoslovakia were nationalised after the communist takeover of the country.

According to Michal Marhefka and Peter Duman, lawyers from the Bratislava branch office of Weinhold Legal, apart from accusations of violation of the constitutionally guaranteed principle of equality of state and private ownership, the controversies surrounding the act also include possible violation of the European Union’s principle of free movement of capital and its rules on state aid, the adoption of the act via accelerated legislative procedure and accusations of nationalisation of the private business sector.

One of the problematic facets of the law is the conditions under which the government may declare a company as ‘strategic’.

The Weinhold Legal lawyers perceive these as stipulated very loosely: more than 500 employees, a ‘significant’ supplier of energy, gas, heat, or oil products, or an operator of hydropower plants, public wastewater treatment plants, sewer systems or water supplies. Furthermore, the bill stipulates that a proposal to declare a company as strategic shall be submitted by a ‘respective minister’ without further specification.

The government’s right to sell the company, after potentially resolving the economic difficulties, to a new owner via a public tender raises concerns regarding possible corruption.

The Weinhold Legal lawyers think that even if no company is ‘saved’ based on this act, its adoption may be seen in a broader sense as a demonstration of a certain policy line of the current government – animosity towards the private sector, strengthening the role of the state, hasty adoption of laws that are necessary in order to attain the short-term objectives of the government, with this all happening under the guise of social benefit for the public.

An analysis by Andrej Glézl, Restructuring Manager at KPMG in Slovakia, points out that the bill also imposes on a bankruptcy trustee an obligation to avoid mass layoffs and continue the business operations of the strategic enterprise.

“This shifts the main purpose of the bankruptcy proceedings of a strategic enterprise from liquidation (the main goal of a bankruptcy process) into preservation of the enterprise as a going concern – a goal that the insolvency law reserves predominantly for the rules governing the restructuring process,” said KPMG. “This, again, may create room for speculation and uncertainty in applying the key principles behind the insolvency law.”

In spite of these drawbacks, there is a potential positive that could come from the law on strategic companies, according to Glézl of KPMG.

“This law could inspire a policy debate about efficient and accurate methods for determining the ongoing value of a business and the liquidation value of an insolvent enterprise, regardless of whether it is in bankruptcy or restructuring,” Glézl said. “If considered carefully, this debate might lead to certain important changes in our insolvency law.”

Apart from the law on strategic companies, Weinhold Legal lawyers Marhefka and Duman pointed to the revision of the law on employment services as also being problematic.

With the aim to mitigate possible consequences of the global economic crisis on employment in Slovakia, the government introduced several changes in labour legislation at the beginning of 2009.

The amendment to the Act on Employment Services and the Labour Code introduced the so-called ‘flexi account’ into the Slovak Labour Code.

Its aim was to enable employers to more effectively handle a surplus of employees during a crisis period. With the consent of its trade unions and on the basis of material operational reasons precluding the performance of work, an employer can award employees time-off. These employees are entitled to at least the basic part of their wages. Once the material operational reasons have ceased to exist, these employees then have an obligation to work the provided off-time without a claim for already-paid wages.

Apart from the controversial circumstances which surrounded the introduction of the ‘flexi account’, there are certain ambiguities in the wording of the bill that could question the proclaimed benefit to employers. The regulation lacks any mechanism guaranteeing that an employee will actually work the provided off-time or compensate the employer in the event that he or she terminates the employment relationship prior to doing so. This could be easily misused by employees and add that the regulation does not address cases where no trade unions have been established in a company, according to the Weinhold Legal lawyers.

The Slovak Parliament passed the amendment on December 3 and Slovak President Ivan Gašparovič signed it into law on December 16. It became effective on January 1, 2010.

The Trend economic weekly wrote after the amendment was adopted that compulsory extension of higher-level collective agreements may push up wage increases and thus costs for companies.

Several companies had been obliged to comply with a collective agreement which they did not negotiate before this amendment was passed. But the Labour Ministry had to assess extensions of the agreement to a certain company individually, Trend wrote.

When arguing for this latest amendment, the Labour Ministry said that employers which are not subject to any collective agreement can unfairly compete with companies covered by such agreements by paying lower wages. Parliamentary opposition parties challenged the principle of extension of collective agreements before the Constitutional Court in April 2007, but no decision has yet been made, according to Trend.