Petr Somol, executive security director of Czech Airlines, says that any training exercise for security purposes in the airline industry must be made crystal clear to all participating parties and that during testing exercises conducted by his airline that only special products which are properly marked are used. In light of the recent incident that began at the Poprad-Tatry airport, The Slovak Spectator spoke with Somol about various kinds of security exercises conducted in the aviation industry. 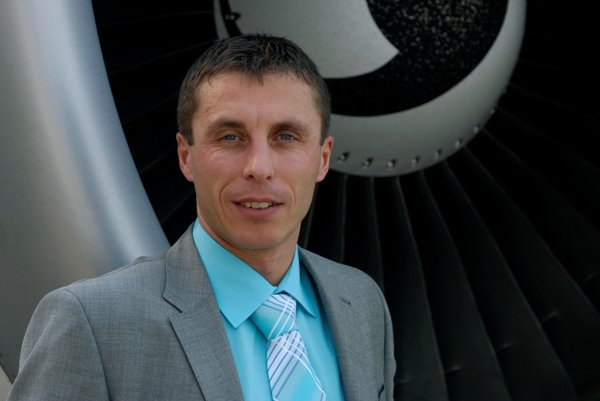 Petr Somol, executive security director of Czech Airlines, says that any training exercise for security purposes in the airline industry must be made crystal clear to all participating parties and that during testing exercises conducted by his airline that only special products which are properly marked are used. In light of the recent incident that began at the Poprad-Tatry airport, The Slovak Spectator spoke with Somol about various kinds of security exercises conducted in the aviation industry.

The Slovak Spectator: What are some of the common security exercises used at airports?

Petr Somol (PS): In order to properly maintain the quality of security processes at airports there are many kinds and forms of controls and checks. A security exercise is only one of many of such processes. Logically, I cannot talk about specific security measures or describe them in detail as they would then lose their effectiveness.

TSS: If such an exercise has been started, how do airline companies’ employees participate?

PS: They are, of course, involved directly. However, it always depends on the type, form and range of such an exercise.

TSS: Who is involved, both cabin crews and ground staff?

PS: The airlines and their employees are part of the security process which is constantly monitored not only by the airline itself but also by government authorities such as ministries of transportation, the European commission or aviation authorities.

TSS: If a state authority wants to run an exercise with airline employees involved, can an airline refuse to participate?

PS: If an airline company is to be involved in an exercise, its security department must be informed sufficiently in advance and then, of course, cooperates with the authorities.

TSS: Recently a special comprehensive security exercise was organized at Bratislava airport that had been prepared for quite a while and was announced to the media as well. It was a rather large exercise, using figurines. Are such exercises common also in other countries?

PS: It is a standard procedure to organize security exercises. It can be an airport, an airline company or state authorities, especially police, organizing such events.

TSS: According to European law are security exercises required in specified intervals? If so, what is the required time and who must attend them?

TSS: It is correct that EU law does not specify details about these exercises?

PS: The rules for carrying out control activities are described in national legislation, based on the binding international legal framework.

TSS: Are there any rules or methodical guidelines on how to conduct these exercises?

PS: Yes, they are precisely defined in national legislation.

TSS: Who writes these rules?

PS: National legislation is issued by the appropriate state authorities of each country. In the Czech Republic, it is the Transport Ministry.

TSS: Are you running exercises at airports involving only your own employees?

PS: Absolutely. Without them, it would never be possible to control, maintain and constantly keep improving the security processes in aviation. Flight and cabin crews are constantly and repeatedly trained to handle non-standard situations in order to maintain the highest level of safety for passengers.

TSS: Are there exercises organized exclusively for employees of state security authorities?

PS: Yes, there are exercises of such kind.

PS: That depends on the nature of the agreement of all involved parties. But as I said before, the organizer of such an exercise must inform all the other participants sufficiently in advance.

TSS: Are actual drugs, explosives or other generally prohibited goods being used in security exercises?

PS: For monitoring and checking security processes, which includes security exercises, only special goods and objects for testing which are properly marked, can be used. If such an exercise is run by an airline, only mocked-up materials are used.

PS: Unfortunately, description of such objects is information of a rather sensitive character in terms of security.

TSS: Are such samples dangerous?

PS: Obviously, they are not dangerous in any way from the viewpoint of the health or lives of citizens.