COMPANIES with a distinct approach to corporate social responsibility (CSR) can enter the running to win a Via Bona 2010 award. These will be the tenth such awards, which are presented by the Pontis Foundation. 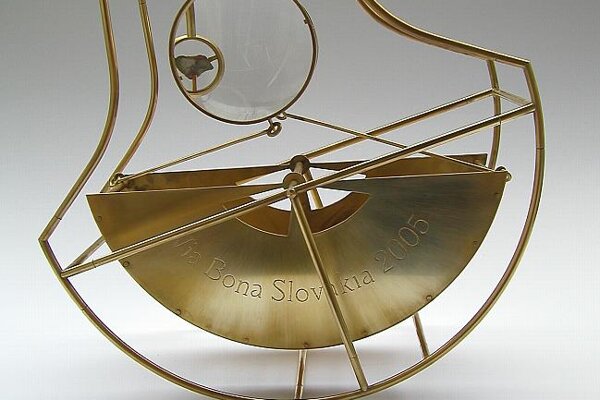 A Via Bona Award. (Source: Courtesy of Pontis)
Font size:A-|A+

COMPANIES with a distinct approach to corporate social responsibility (CSR) can enter the running to win a Via Bona 2010 award. These will be the tenth such awards, which are presented by the Pontis Foundation.

The aim of the awards is to publicly recognise companies and entrepreneurs who support corporate social responsibility and corporate philanthropy in Slovakia. Via Bona 2010 will be presented in 11 categories. Besides the two main awards – traditionally given separately to large corporations and to small and medium-sized enterprises respectively, there are separate categories that evaluate individual aspects of CSR and corporate philanthropy.

In the corporate social responsibility area there are four categories: the Green Award for an environment-related project, the Ethics Award for transparency and the fight against corruption, the Award for Responsible Approach to Employees and the Award for Socially Responsible Market Operations.

The corporate philanthropy area features three awards: the Award for Long-Term Positive Corporate Impact on society and the surrounding community, the Award for Courage to Support an Innovative Project implemented in a little-known area or in an unconventional form, and the Award for Employee Engagement in volunteer activities.

Apart from that, there are two special awards: the Honourable Mention for Media Contribution in furthering CSR and corporate philanthropy in Slovakia, and the Award for Innovative Solutions to Social Inclusion, a new award established for the 10th edition of Via Bona.

“This award will be presented in cooperation with the Social Development Fund on the occasion of the European Year for Combating Poverty and Social Exclusion 2010,” Vladimír Vladár, a PR manager at the Pontis Foundation, told The Slovak Spectator.

According to Vladár, the Via Bona awards have undergone significant changes during the ten years of their existence.

Nominations for any of the categories, a detailed description of which can be found at www.viabona.sk (in Slovak and English), can be submitted until February 8, 2010, via an on-line application form. For the two main awards companies have to apply on their own behalf, but in the other categories nominations are accepted from anyone who wants to draw attention to specific projects in the respective areas.

Evaluation of the nominations will be performed by a commission composed of representatives of the business world, public administration, media, the non-governmental sector and independent institutions. The winners will then be announced at a gala night on March 30, 2010, by the Pontis Foundation.

According to Vladár, donations from companies to charities have not been greatly affected by the crisis so far, because there are several ways for businesses to donate, including diversion of 2 percent of their income tax or by donating a specific share of corporate income. So in 2009 companies mainly operated according to their financial resources from the 2008 taxation period.

“For non-profit organisations which depend on this source of finance the crisis will therefore show only in 2010,” Vladár explained, adding that Pontis has, however, noted a trend of increased non-financial help from businesses: such as donating their used equipment or donating the working time of their employees to NGOs.

“Based on this experience we expect interest in non-financial support from companies to grow,” he said.