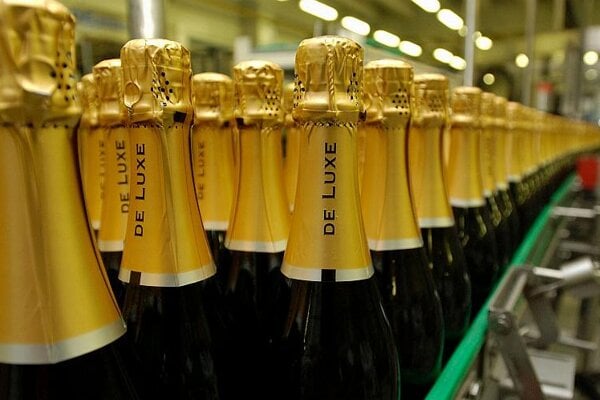 Local brands play an important role in every country, especially in the case of food and beverage products. This is also the case in Slovakia where mostly domestic brands of food and drink have remained popular, for example Kofola and Vinea soft drinks, Zlatý Bažant beer, Horalka wafers, Figaro chocolates, Rajo dairy products, Demänovka liquor, and Hubert sekt (sparkling wine), just to name a few.

“They are not popular because of nostalgia, but rather because people have gotten very accustomed to them,” Marian Timoracký, marketing expert and managing partner of United Consultants told The Slovak Spectator. “They have become inseparable parts of their everyday lives; they have built up a relationship with them.”

Timoracký sees Slovaks, in general, as trademark-oriented and, in comparison with other countries, this orientation is even stronger.

“Slovaks have a preference for branded clothes, shoes, electronic devices, and other products,” he said. “They still have not had enough of branded products, which they lacked for decades.”

But in Slovakia the transition from socialism to capitalism has also had its particularities. For example, when Procter & Gamble, a US company, bought the Rakona company in the early 1990s, it changed the name of Rakona’s detergent from Jar to Fairy Ultra even though its composition remained almost the same. However, it soon became clear that Slovak customers preferred Jar, which had been produced here since 1959, as Timoracký told the Sme daily. As a result, Procter & Gamble returned the Jar brand name to the market and it has remained here ever since.

According to sociologist Zuzana Kusá, a particular sentiment to a local product is not conveyed through a family in either Slovak or Czech society because the concept almost did not exist back in the 1990s.

“The nostalgia game is a new phenomenon which has been successful only for a few years,” she told The Slovak Spectator.

Traditional local products experienced difficult times after the fall of the previous regime when foreign-branded products, which were unavailable here for decades, flooded the Slovak and Czech markets.

Many of the traditional local brands had to regain their reputation and they slowly rebuilt their paths to consumers during the following years.

In many cases they also had to solve legal disputes over trademarks and with plagiarists as some of these brand names had started to be used for the whole product category in the past.


Timoracký believes that enlightened owners, who have systematically developed their brands to a significant extent, are behind the successes of traditional Slovak brands.

“The power of a brand is based especially on its awareness, of which the most important parameter is being at the ‘top of the mind’ as well as the market share of the brand,” Timoracký said. “But this is not enough. Only a brand which is based on an attractive product idea with a coherent value structure and a stronger, let’s say, cultural dimension can be the best. A powerful brand should have the ability to respond to unceasingly changing consumer behaviour and have respect and humbleness toward the customer. But probably the most important ingredient of a strong brand is its credibility, reputation and the respect in which it is held.”

In 2008 the Hospodárske Noviny daily organised a ballot among experts in marketing, promotion, legal protection of industrial property, and design to choose the top Slovak trademarks. The Zlatý Bažant trademark beer won the highest ranking of the 15 most-valued trademarks in the category of products. The trademark of Vinea finished second in the top 15 most-valued trademarks in the products category, followed by Horalka wafers, Kofola – the cola-like soft drink – and Budiš mineral water.

“The voting confirmed that Zlatý Bažant is not only the most-valued Slovak beer trademark, but also the most-valued Slovak trademark in general,” Hana Šimková, corporate relations manager of Heineken Slovensko, for which Zlatý Bažant is its flagship trademark, told The Slovak Spectator. “But it is necessary to add that during its first years of existence Zlatý Bažant developed into a beer brand distributed all across the country, not only in the region where it was brewed. This also became the basis of its subsequent export success.”

Kofola is another trademark success story, a product which did not disappear from the market after the Velvet Revolution.

“The brand of Kofola joined with our company for the first time in 2000,” Branislav Burák, the marketing director of the Kofola company, based in Rajecká Lesná, told The Slovak Spectator. “That year we started producing Kofola as a licensed partner of the original owner of the trademark and according to the recipe of Kofola Original from the Ivax company, from which we also bought the trademark Kofola two years later. This acquisition was one of the milestones in the whole history of our company, which then changed its name from Santa Nápoje to Kofola a.s. in 2002.”

Vinea, a grape-based soft drink, became part of the Kofola company’s portfolio of beverages some years later. The Kofola company became the exclusive owner of the trademark and the recipe for Vinea on January 31, 2008, said Burák.

Burák believes that both Kofola and Vinea can find a niche beyond the borders of Slovakia and the Czech Republic.

“Vinea, by its taste and aroma is a product that is attractive for consumers beyond the Slovak borders,” he said. “But the potential of a product to establish itself in a foreign market is not only about the composition of the product itself, but also, as is the example of Vinea, about its characteristic packaging.”

On the other hand, Kofola, because of its specific taste, has faced bigger difficulties and higher costs in finding its way to foreign customers – as people in neighbouring countries are used to a different, more classical cola-like taste, according to Burák.

“But now it is no exception that foreign consumers have also started to like Kofola because of its distinctive taste,” said Burák.

Zlatý Bažant is the most-exported Slovak beer with one million hectolitres being sent abroad each year, according to Šimková, who sees its tradition, taste and world-quality behind its success. The beer is exported to 17 countries, with the US and Canada being leading importers. Zlatý Bažant is the company’s strategic brand within central and eastern Europe and its licensed production has been launched in the Czech Republic, Hungary and Russia.

But Timoracký, in general, does not see great chances for local brands of soft drinks and sweets to get established elsewhere.

“There are enough similar soft drinks and sweet snacks in neighbouring countries and those local consumers have built up relations with their own soft drinks and sweets,” he said. “Moreover, the image of Slovakia as a whole also has an impact on the success or the failure of a Slovak brand, ‘what being Slovak’ means to people in foreign countries, if anything at all. We should be frank: consumers around the world have only superficial visions about other countries and thus also about Slovakia, based often on myths, presuppositions or anecdotes.”