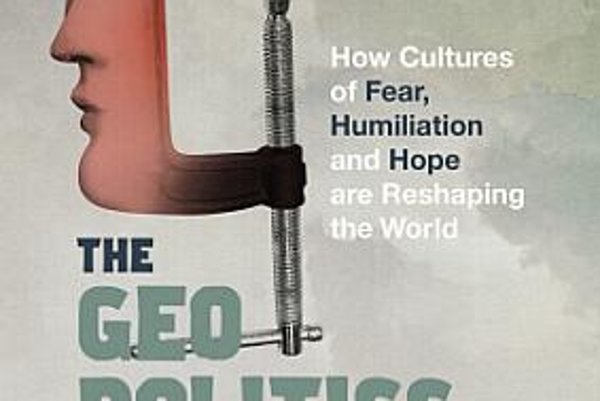 The first book to expose and investigate the far-reaching emotional impact of globalisation says its publisher. In The Geopolitics of Emotion Dominique Moisi, a leading authority on international affairs, demonstrates that our post-September 11 world has become divided by more than cultural fault lines between nations and civilisations. Moisi chronicles how today’s geopolitics is characterised by a “clash of emotions”, and how cultures of fear and humiliation as well as hope are reshaping the world.

This book by Sándor Márai, a Hungarian author who was born in 1900 in Košice, was originally published in Hungarian in 1939. In it, the author of the famous Embers tells the story of Esther. Twenty years after leaving her, the great love of Esther’s life sends a telegram. Tomorrow, he tells her, he is coming back.


“This novella is not an exercise in nostalgia; the family secrets it uncovers are too painful… Márai understands that ghosts have a way of revivifying themselves,” the Independent wrote in its review of the book.


The Path to the Spiders' Nests. Italo Calvino. Penguin Classic, 2009.

This novel by the renowned Italian writer Italo Calvino, the author of the novel Invisible Cities, was first published in 1947 as his first novel. It tells a story of Pin, a bawdy, adolescent cobbler's assistant, both arrogant and insecure who - while the Second World War rages - sings songs and tells jokes to endear himself to the grown-ups of his town - particularly jokes about his sister, who they all know as the town's 'mattress'. Among those his sister sleeps with is a German sailor, and Pin dares to steal his pistol, hiding it among the spiders' nests in an act of rebellion that entangles him in the adults' war.


This book for advanced students is a part of the Oxford Practice Grammar series of three books, intended for use in either a classroom or as additional study material for students’ individual preparation. The book is divided into units, each of which covers an important grammar topic and includes a set of practice exercises. Tests at the end of each unit or section of units give the opportunity for more practice and assessment of learning outcomes.

This vocabulary practice book is designed for advanced learners. The book contains 80 units of vocabulary presentation and practice. New vocabulary is presented in manageable quantities for learners, with practice exercises following immediately, usually on the same page. The vocabulary includes a wide range of topics, concepts, different fields of academic English and it puts a focus on different styles of English.

The Name of This Book is Secret. Pseudonymous Bosch. Usborne, 2007.

The cover of this book for children doesn’t reveal much about it, except for the information that it includes two extraordinary adventures, a missing magician’s diary, a symphony of smells and a deadly secret. “Open the book if you must. But please, tell no one,” the notes conclude. This mysterious fantasy story, which starts with the warning “Do not read beyond this page”, has the label of a New York Times best-seller and was shortlisted for the Bedfordshire Children’s Book of the Year 2009 award.

This column is a selection by The Slovak Spectator of English-language books recently released in Slovakia; it does not represent an endorsement of any of the books selected. The column is prepared in cooperation with the Oxford Bookshop, Laurinská 9, Bratislava.