Axe to fall on two ministries

THE TRIMMING of state administration bureaucracy has started, heralds the government of Prime Minister Robert Fico. The government plans to close up the stand-alone Ministries of Environment, and Construction and Regional Development, merge the former with the Ministry of Agriculture, then toss in the regional development duties from the latter and create a new Ministry for Agriculture, Environment and Regional Development. 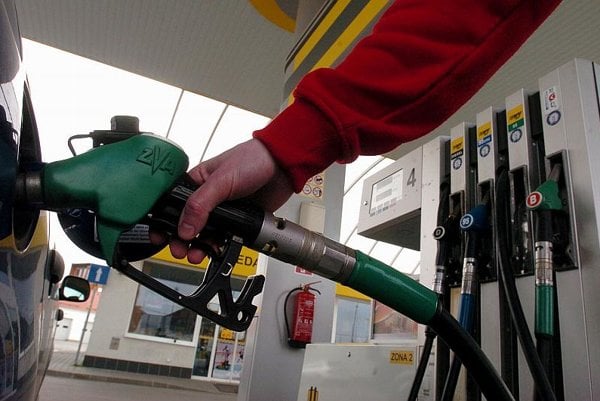 THE TRIMMING of state administration bureaucracy has started, heralds the government of Prime Minister Robert Fico. The government plans to close up the stand-alone Ministries of Environment, and Construction and Regional Development, merge the former with the Ministry of Agriculture, then toss in the regional development duties from the latter and create a new Ministry for Agriculture, Environment and Regional Development.

Under other parts of the Prime Minister’s grand plan, the tourism functions will move to the Ministry of Culture and the Economy Ministry will assume the construction-related functions of the Ministry of Construction and Regional Development. And to top it off, all authority related to drawing EU funds will be placed in the hands of the Slovak Cabinet Office.

The Slovak parliament has already said yes to the plan in a fast-tracked legislative procedure which took place on January 20.

However, this does not mean that the current government of Prime Minister Robert Fico will have to walk the walk, since the reshuffling approved now, a few months before June’s parliamentary elections, will take effect only under the next government.

Prime Minister Fico dubbed the trimming plan “fantastic” but it seems that there are several groups which, for a number of reasons, do not share his enthusiasm. Environmental organisations, ecologists and civic activists are protesting against scrapping the Ministry of Environment, saying that the merger plan reveals that the current government simply does not understand environmental policies and the importance of protecting nature. The Slovak Governance Institute has initiated a petition against the elimination of the stand-alone environment ministry.

Fico said that the plan can save the state about €13.28 million annually but the draft that was submitted to parliament did not provide exact figures on potential savings.

Several observers said that Fico is rushing into this mega-merger without proper preparations and that in the end the savings might not be that significant.

“The fact that the government is unable to calculate the savings from the rise of these institutions points to the fact that this step has not been preceded by an in-depth analysis supported by an audit of their activities and resources,” Radovan Ďurana of the Institute of Economic and Social Studies (INESS) told The Slovak Spectator. “In the private sector there is no merger without that move being undertaken.”

The trimming plan was announced shortly after Fico yielded to truckers who organised massive protests against the electronic highway toll collection system launched on January 1. The truckers demanded cuts in the excise tax on diesel fuel, toll charges to be lifted from first class roads until the sections are fairly divided, reduction in fines for incorrectly installed onboard monitoring units, and signs to be erected by the end of June which clearly mark the tolled sections of first class roads.

Parliament has already approved the cabinet’s draft amendment to the law on excise tax which cuts the tax on diesel fuel from €0.481 per litre to €0.368 per litre as of February. The final price of diesel at filling stations is expected to drop 13 cents per litre after the tax cut becomes effective, the SITA newswire wrote.

Ďurana, however, considers this merger of ministries at the same time as a reduction of the excise tax on diesel as a simultaneous flow of two separate events, rather than as causally linked.

Ďurana said he believed other ministries could be more profitably merged, for instance the Education and Culture Ministries, or the Ministry of Labour, Social Affairs and Family with the Health Ministry.

“The number of ministries is needlessly high and should be reduced to a greater degree,” Ďurana told The Slovak Spectator.

Ďurana said that in 2010 it will be possible to tap only minimal savings from this initiative due to the transitional costs of the mergers and also because of severance payments to employees. He added that the estimates of €10-13 million in savings that have been published have not been professionally supported.

“Considering the minimal savings thus far with the project of the reduction of state administration through transformation of regional offices, we are sceptical also regarding these declared savings, which are far from covering the possible shortfall of tax revenues from the cut in the excise tax on diesel,” Ďurana said.

According to Finance Ministry officials, the revenue shortfall from the reduced excise tax could range between nothing and €100 million, as it is possible that part of the shortfall from the tax decrease could be covered by higher consumption of diesel. However, Ďurana said consumption would need to increase by 31 percent to compensate for the tax reduction.

“If the government does not want to finance the shortfall by future debt it would have to achieve savings by laying off approximately 5,600 state employees or by making legislative changes to reduce the volume of so-called mandatory expenses, such as child bonuses or the housing-saving bonus,” said Ďurana.

Under what circumstances Ďurana would view cuts to the state administration to be effective, he said that the process would require two levels: the first is preserving the current output of the state administration at lower costs, meaning savings in personnel and operational costs; and the second, higher level, in his opinion, is a systematic review and reduction of state activities which would make possible more significant savings through, for example, the reduction of tasks done by the state that market entities could perform.

“However, reduction of mandatory expenses such as providing state bonuses to construction-saving products, which cannot be called anything other than wasting of taxpayers’ money, also belong here,” Ďurana said.

By taking such an approach to merging the ministries, Ďurana opined that not only higher savings in public administration could be achieved but also more benefits for the citizens of Slovakia.

Both the Ministry of Environment and the Ministry of Construction and Regional Development have been in the hands of Ján Slota’s Slovak National Party (SNS) since 2006, until the Environment Ministry was taken away from the SNS in August 2009 in the aftermath of the scandal over the sale of Slovakia’s excess emission quotas to a US-based garage firm called Interblue Group.

The Ministry of Construction and Regional Development was responsible for the now infamous bulletin-board tender which sent €119 million in EU funds to a consortium of firms, including two, Zamedia and Avocat, believed to be close to Slota.

Marek Maďarič, the deputy chairman of Smer and current culture minister, rejected claims that the proposal to merge these two ministries with others is related to these major scandals and other questionable dealings that arose in these ministries in past years, SITA wrote.

“No, it is not related to that,” Madarič told a political debate programme broadcast by the public service Slovak Television (STV).