A few more gloomy months to come for labour

THOUGH the horizon is showing clearer contours of an economic recovery in 2010, data on available jobs coupled with a still rising jobless rate do not give Slovakia’s army of unemployed much hope right now. In December 2009, the country recorded 116,000 more unemployed than a year earlier and a total of more than 335,000 jobless citizens. 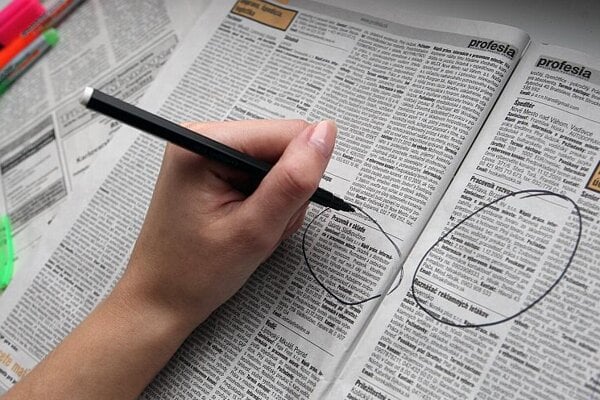 THOUGH the horizon is showing clearer contours of an economic recovery in 2010, data on available jobs coupled with a still rising jobless rate do not give Slovakia’s army of unemployed much hope right now. In December 2009, the country recorded 116,000 more unemployed than a year earlier and a total of more than 335,000 jobless citizens.

Market watchers say it may take many more months until Slovakia’s labour market starts recovering and some analysts are predicting even gloomier news over the first six months of 2010, with new additions to the unemployment figures.

While Slovakia’s labour authority presented the December numbers more optimistically, with the spin that the growth in unemployment has now slowed down, the opposition quickly challenged the government, saying that the jobless rate grew twice as fast during the economic crisis in Slovakia as did the average across the European Union.

The registered unemployment rate in Slovakia climbed 0.26 percentage point month-on-month in December 2009 to stand at 12.66 percent, according to data released by Ján Sihelský, the director general of the Labour, Social Affairs and Family Central Office. The registered jobless rate thus reached its highest level since March 2005. Compared to December 2008, the jobless rate in December 2009 had increased 4.27 percentage points, with 116,570 Slovaks joining the ranks of the unemployed over the course of the year. At the end of December, Slovakia had 335,490 registered unemployed persons who said they were ready to immediately take up jobs.

Dávid Dereník, a macro-analyst with UniCredit Bank sees some seasonal influences behind the December increase in the jobless rate since “in the last months of the year the number of unemployed increases primarily in the construction industry”.

According to Dereník, public-private partnership projects in road building might bring some hope for jobless construction workers in 2010.

Sihelský said that the number of available jobs recorded in labour offices dropped considerably year-on-year, with only about 5,000 jobs available at the end of December 2009, 11,000 less than in December 2008, the SITA newswire wrote.

However, Sihelský also said that mass layoffs reported to labour offices seemingly dropped at the end of last year, as the authorities recorded only 500 jobless who had been let go in large-scale layoffs as defined by Slovak law. Employers originally reported 1,300 jobs as endangered.

The December results have confirmed the expectations of market watchers, said Jana Mrvová, an analyst with Poštová Banka.

In October 2009 the number of jobless Slovaks dropped month-on-month to 12.4 percent and then remained at the same level in November.

“The December increase in the number of jobless was evoked by the impacts of the economic downturn on the labour market, which has clearly shown that we should not get comfort from the stagnation over a roughly two-month period,” Mrvová told The Slovak Spectator. “Though the impact of the crisis on Slovakia’s economy is gradually easing, we have not won the battle and we will continue feeling its impacts on the labour market this year.”

Mrvová agreed that in addition to the crisis, seasonal influences also had an impact on the year-end increase in the jobless rate since some jobs in the construction and agriculture industries are often eliminated over the winter months.

Under pressure from sinking foreign demand, production in Slovakia’s export-oriented economy fell significantly, opening the gate to a wave of layoffs, according to Mrvová. While not sparing any segments of the economy, the crisis first hit industrial producers primarily in export markets.

“Over 2009, from month to month there were significant cuts in the number of people employed in industry, which is the largest employment sector for Slovaks,” Mrvová said.

But she added that other economic sectors, for example retail sales, have been affected as well.

“Even though we are currently witnessing certain positive economic results not only in the Slovak economy but also in the world economy which we could tick off as the beginning of an economic recovery, one should not forget that the recovery will be slow and gradual,” said Mrvová. “The labour market responds to economic recovery with a certain delay since it is first necessary that demand and production recovers and only then will job opportunities follow.”

As for her predictions for 2010, Mrvová says the jobless rate will grow further in the first half of 2010 and might exceed 13 percent.

“Only the second half of the year might bring a slightly more positive situation in the labour market,” Mrvová said. “We might say that problems in the Slovak labour market will only be eased by an economic recovery and a subsequent demand by firms for new labour.”

Regarding the government’s anti-crisis measures, Mrvová said that to support the labour market, the government should aid the business environment and its ability to generate, after the recovery, new jobs and help businesses to cut their labour costs.

“We consider as correct measures the increase of the non-taxable portion of the income tax base, the option of faster amortisation, and the shortened period for return of VAT,” said Mrvová. “We consider the increase in the minimum wage as not the most fortunate option.”

Dereník also expects the jobless rate to increase further due mainly to the influx of workers laid off from completed construction projects as well as employees who will return to the labour market from speculative sick leave.

“Reduced unemployment, in general, responds with a certain delay and an eventual turn is expected sometimes after the first half of the year,” Dereník said. “A small hope stemming from the December numbers is that stabilisation in unemployment might come a couple of months sooner.”

However, Dereník notes that the economic results posted thus far by Slovakia’s largest foreign trading partners do not suggest any high likelihood that there will be a swift or significant drop in unemployment here in the upcoming year.

Jurzyca said that in November 2009, the year-on-year average increase in the jobless rates in EU countries was 2 percent while Slovakia reported a 4.6 percent increase.

Jurzyca said that if Slovakia’s unemployment rate had grown at the same pace as in other EU countries Slovakia would have had 70,000 fewer unemployed.

Jurzyca also suggested that if Prime Minister Robert Fico’s government had been more effective in fighting corruption and unemployment, Slovakia would have had fewer unemployed, SITA wrote.

However, Michal Stuška, spokesman of the Labour Ministry, told TV news channel TA3 that if the government had not adopted its 35 anti-crisis measures there would now have been at least 150,000 more unemployed in Slovakia.