THE TAJ MAHAL, Ladakh, the Himalayas, Yoga, Ayurveda. All these and many more jump to mind when thinking about India. Slovaks travel to India to see ancient monuments and exotic wildlife as well as to trek in the Himalayas, or have treatments at spas and wellness centres. Tourist agencies and tour operators report a growing interest among Slovaks in visiting India. 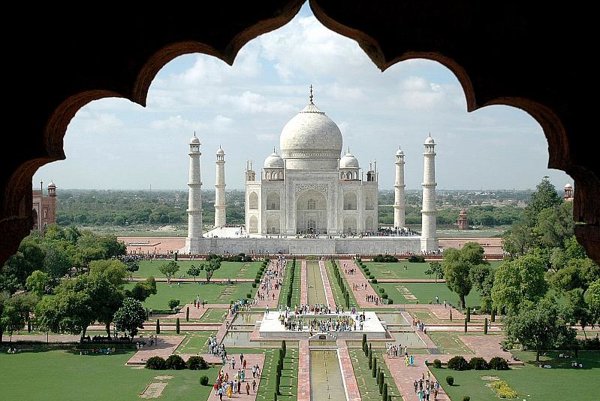 THE TAJ MAHAL, Ladakh, the Himalayas, Yoga, Ayurveda. All these and many more jump to mind when thinking about India. Slovaks travel to India to see ancient monuments and exotic wildlife as well as to trek in the Himalayas, or have treatments at spas and wellness centres. Tourist agencies and tour operators report a growing interest among Slovaks in visiting India.

“Interest in travelling to India has been increasing,” Juraj Ondrejčík from Bubo travel agency, which focuses on exploration trips and expeditions, told The Slovak Spectator. “Since our first, pioneering journeys to India in 1995, when we visited some regions of India as the first people from Slovakia, interest in getting to know the Indian sub-continent better has increased. India is a distinct and unusual country and certainly it is a demanding destination for travellers. But Slovaks have already matured for this.”

“From the point of view of our travel agency I would assess the interest of Slovaks in exploring India as having been stable over the last few years, while their interest in relaxation and wellness stays based on Yoga and Ayurveda has been increasing.”

“This is also due to a more extensive presentation of the country and of Buddhism, Lamaism, Yoga, and Ayurveda in Slovakia,” Púry told The Slovak Spectator. “Recently, several events have been held on the subject of the Himalayas, for example the Shangri-La exhibition at the Slovak National Museum.”

Ondrejčík, who has travelled to India many times either to prepare tours for Bubo clients or as their guide, thinks that India is not for everybody. He says it requires either an experienced traveller or a seasoned guide, else the visitor risks seeing only dirt, mess and crowds of people.

“A person has to get under the skin of India to get to like it,” he said, referring to what Slovaks see as their biggest concerns when travelling to India. “Clients are afraid especially of dirt, smells and poverty, but in the end, when they see things in proportion, the final impression is always better. For India, one must mature mentally as well as needing somebody who will help uncover its beauty.”

Gallová also listed hygiene as being among the biggest concerns of Slovak tourists, while adding that they are drawn to the country by the cultural differences between India and Slovakia. Moreover, the prices of flights are also favourable.

When listing the attractions in India most popular with Slovak tourists, tour operators all list the Taj Mahal in Agra. Other attractions include colourful Jaipur, the Hindu holy city of Varanasi on the banks of the Ganges River, as well as ‘small Tibet’, i.e. Ladakh, in the foothills of the Himalayas. The beaches of Goa are also attractive, while the popularity of Kerala has been increasing in Slovakia.

According to Bubo’s Ondrejčík, trips which explore India are the most popular ones for Slovak clients, either the so-called short golden triangle, during which tourists visit attractions close to Delhi including the Taj Mahal, or large round trips, during which they also visit the cities of Mumbai and Kolkata. Along with exploring tours Bubo also organises stays in the coastal state of Goa, which is the smallest in India, as well as wellness stays in the Ayurveda centre in Trivandrum in southern India.

Satur has recorded particular interest in exploring and wellness stays in India. Among other packages, it offers stays and trips with Dorota Nvotová, a Slovak singer and actress who lives both in Slovakia and Nepal.

India has a lot to offer to visitors: given its size it has just about anything a tourist might want.

“Be it snow, mountains, adventure, wildlife, beaches, etc.”, M.N. Javed, the regional director of India Tourism for Europe, CIS, and Israel, based in Frankfurt am Main in Germany, told The Slovak Spectator, noting that all types of animals are there to see and that the coastline offers 1,700 kilometres of independent resorts. “We have some man-made monuments which are alive and there for tourists to see and discover. In other countries you see ruins and museums to know what the country was and now offers – not so in India. The temples of Khajuraho, Madurai, Orissa, and Taj Mahal are alive and full of beauty. The rich culture, dance and music are captivating. Shopping in India is another incredible experience. Spa and wellness tourism is now our focus. Totally India offers a grand, palatable mix of culture, history and now modernity.”

Last year the Embassy of India in Bratislava in cooperation with India Tourism in Frankfurt am Main organised a presentation of India for Slovak tour operators where they were exposed to all aspects of tourism in India. The event was part of Incredible India, a campaign intended to tap into the full potential of tourism in India. The campaign, an initiative by the Indian government, won the World Travel Award 2009 for best campaign of the year.

“The promotional efforts of India Tourism last year were to re-energise its position in the world, because of the recession,” Javed told The Slovak Spectator. “Tourist arrivals in India were down by only 3 percent during 2009 as compared to 2008. The efforts were also useful in our secondary markets like the countries of central and eastern Europe. The same was true in Slovakia.”

Representatives of India Tourism visited Bratislava after a gap of several years and, as Javed told The Slovak Spectator, the visit “helped re-establish our contacts with the travel industry. Several tour operators came forward to run India programmes and this will help us to move forward in 2010. The contacts developed will incentivise a growth in numbers”.

Javed sees substantial interest having been generated about India in central and eastern Europe.

“Even though the numbers are not big, we will cash in on the growing interest and create larger numbers,” he said. “The countries of [the former Soviet Union] like Russia, Kazakhstan and Ukraine are doing extremely well and this year too we will achieve growth of 30 percent from there, as several new charters have started. The growth from western Europe has returned and the months of October/November and December saw growth of 30 percent.”

“We will definitely try to build more promotional activities for the Slovak traveller to be lured to India,” said Javed, adding that these should include seminars, road shows, India evenings, promotional trips by journalists, and familiarisation trips by tour operators.