Potential for trade intrigues both Slovakia and India

DURING the communist era, there were intensive contacts between Czechoslovakia and India. The fall of the Iron Curtain, the emergence of Slovakia as an independent state and its initiation of a market economy diminished the level of past economic cooperation but both countries still see a huge, mutual potential. While India is a global centre for IT outsourcing, it also offers a vast market of more than 1 billion people. Slovakia attracts Indian investors with its favourable tax system, membership in the European Union and the eurozone, and an excellent geographic position in the middle of Europe. 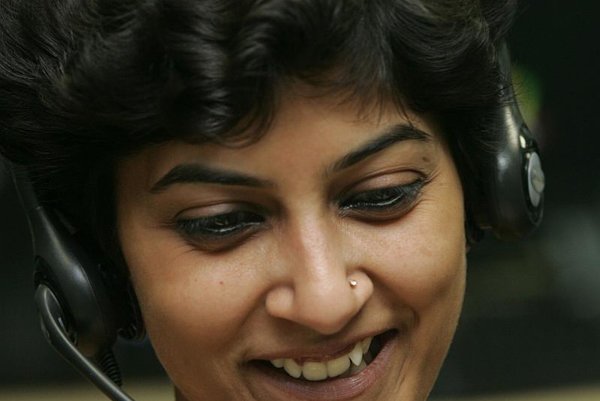 DURING the communist era, there were intensive contacts between Czechoslovakia and India. The fall of the Iron Curtain, the emergence of Slovakia as an independent state and its initiation of a market economy diminished the level of past economic cooperation but both countries still see a huge, mutual potential. While India is a global centre for IT outsourcing, it also offers a vast market of more than 1 billion people. Slovakia attracts Indian investors with its favourable tax system, membership in the European Union and the eurozone, and an excellent geographic position in the middle of Europe.

“We believe that there is immense potential for increasing economic contacts between Slovakia and India,” R.K. Puri, the counsellor of the Embassy of India in Bratislava told The Slovak Spectator, adding that the global financial crisis did have an impact and slowed down investments as well as demand for goods and services. “Now we need to look beyond the crisis and step up efforts so that once there is complete recovery we can look forward to more trade and investment initiatives reaching fruition. We are happy that Slovakia is looking to diversify its markets and looks towards India.”

At the government level there is the Indo-Slovak Joint Commission for Economic and Commercial Cooperation, which reviews bilateral trade and economic relations in a comprehensive way but Puri believes “there is a need for this commission to meet more frequently and more importantly, to follow up on the agreed decisions to give the required thrust for increasing economic cooperation”.

Puri sees more frequent meetings between Slovak and Indian business partners as essential for the growth of mutual cooperation. In the past, Indian executives faced difficulties in obtaining business visas to Slovakia, but “with the Schengen visa regime in place, this problem will be solved to a large extent” said Puri when referring to hurdles Indian business executives have faced when trying to do business in Slovakia.

“The high economic growth achieved by Slovakia till 2008, a uniform and favourable tax regime, skilled manpower, good infrastructure, EU membership, adoption of the euro and a unique location in Europe are some of the attractions for Indian businesses to engage in Slovakia,” said Puri. “The location of the automobile industry in Slovakia provides India with a potentially large market for selling ancillaries.”

Unfortunately, there is no highly active Indian company in Slovakia and vice versa, said Puri, but he sees a number of prospective areas for intensive economic cooperation between India and Slovakia.

India is a global centre for IT outsourcing with its IT sector reporting double-digit growth.

“The Indian IT sector grew by 12 per cent in 2009 to reach $71.7 billion in aggregate revenue,” specified Puri. “Of this, the software and services segment accounted for $59.6 billion.”

The Slovak Investment and Trade Development Agency, SARIO, sees India as a prospective country for cooperation.

“India has a big potential, especially as far as centres of shared services and IT services are concerned,” Marián Jánošík, the spokesperson of SARIO, told The Slovak Spectator. “In the past we had registered several projects in this segment. But so far we have not succeeded in establishing any such investment in Slovakia.”

SARIO sees potential in the manufacturing sector as well, for example in manufacturing car components and components for the electro-technical industry. It is expected that India will be a significant contributor to a global increase in car sales in 2010.

“India has emerged as one of the key auto components centres in Asia and is today a significant player in the global automotive supply chain,” said Puri. “It supplies a range of high-value car components to global automakers such as General Motors, Toyota, Ford and Volkswagen.”

Probably the most discussed company interested in making an investment in Slovakia was Apollo Tyres, which had been expected to choose between Slovakia and Hungary, said Jánošík. The biggest Indian tyre producer, it had planned to open a new plant in eastern Europe which would employ 1,500 people and produce 7 million tyres annually, with an overall investment of about €200 million, the Sme daily wrote, .

“In the end, the company changed its mind and acquired a Dutch company,” Jánošík said.


The SITA newswire reported in late May 2009 that Apollo announced its acquisition of the Dutch tyre maker Vredestein Baden BV and then shelved its €200 million greenfield project in eastern Europe.

At present, SARIO registers only one Indian project in process and although Jánošík did not specify its details, he said it is related to the automotive industry.

The Embassy of India continues to support economic cooperation between India and Slovakia and with a liberal visa regime it is encouraging Slovak business executives to visit India.

“This embassy regularly updates Slovak institutions about investment opportunities in India,” said Puri. “Schedules of important trade fairs in India are communicated to the Slovak Chamber of Commerce and Industry for dissemination to ensure increased participation from the Slovak side. Trade enquiries from Indian and Slovak companies are promptly attended to. These are also displayed on the embassy’s website and published in our quarterly newsletter.”