THE CULTURE of India is as vast as the country itself. The Embassy of India endeavours to bring renowned Indian artists to Slovakia and thus bring the culture of this exotic country closer to Slovak audiences. 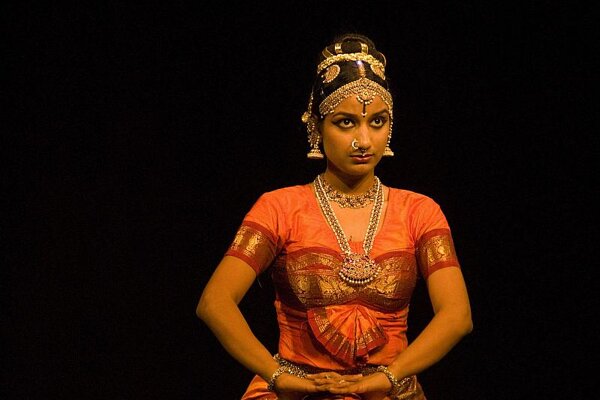 THE CULTURE of India is as vast as the country itself. The Embassy of India endeavours to bring renowned Indian artists to Slovakia and thus bring the culture of this exotic country closer to Slovak audiences.

“Indian classical dance performances are generally liked and well appreciated in Slovakia,” R.K. Puri, the counsellor of the Embassy of India in Bratislava told The Slovak Spectator. “There is also a growing interest in Ayurveda and Yoga practices.”

During the last two years the Embassy of India organised three Indian classical dance performances under the aegis of the Indian Council for Cultural Relations, with support from the Slovak Ministry of Culture.

“All these performances were well appreciated by the invited Slovak audience,” said Puri.

The performances enabled the audience to admire the artistry of these renowned dancers from India and to learn more about traditional Indian dances, which are quite different from Slovak folk dances.

Yamini Reddy, the icon of the classical Indian dance known as Kuchipudi, was the most recent dancer performing in Slovakia. Kuchipudi enjoys a unique place among Indian dance forms with its many vigorous and vibrating leaps and turns and lyrical tones. It derives its name from the village of Kuchelapuram in Andhra Pradesh in southern India where it developed largely from the Bhakti (devotion) movement of the seventh century AD.

Yamini Reddy, daughter of Kuchipudi exponents Raja and Radha Reddy, learned the dance from her parents and has an extremely captivating presence with a talent for rhythm and expression.

In Bratislava she performed four dances over the course of the evening, starting with the usual commencement dance, a type of prayer to the gods. She danced her Ganpati Vandana to the elephant-headed god Ganesha. The next dance was Krishanbdam, where she mimed the mythical girl Nayika who falls in love with another god, Krishna, and tries to attract him and lure him to her. Her third dance, Shiva’s Dance, was unique in that it is meant to be performed by a man. The last dance, Tarana, is a devotional one for Mother Earth, where the dancer impersonates a temple sculpture, a sad goddess who cannot participate in the living world. But she does wake up and starts dancing, but then must freeze back to sculpture. A part of this piece was a masterful dance on the brim of a brass plate which symbolises one’s separation from earthly matters.

Other cultural activities relating to India that Puri mentioned are a photo exhibition called Flatlands, a Landscape of Punjab presented by Max Kandhola to mark the 25th anniversary of the India Club in Slovakia. The exhibit was shown at the Central European House of Photography during the month of May 2009.

In the future, the Embassy of India plans to continue bringing the culture of India to Slovakia and also to support further cultural cooperation between the two countries. The two are currently negotiating a renewed programme under the Indian-Slovak cooperation agreement covering the fields of culture, art, education, science, tourism, sports and mass media, according to Puri.

“We will continue to host Indian cultural troupes,” said Puri. “We also plan to organise an exhibition of contemporary paintings in Bratislava this year. We are also supporting proposals to hold film festivals in each other’s country. Slovakia held a film festival in Delhi last year which was enjoyed by Indian audiences.”