INDIA, though thousands of kilometres from Slovakia, has the power to cast spells over Slovaks. Those who visit this exotic country return fascinated by its nature, history, diversity, attitude towards life and even its poverty that are so different from that found in central Europe. This applies to Ladislav Volko, the president of Slovakia’s India Club, whose fascination with India has even led him to serve as Slovakia’s Ambassador to India. 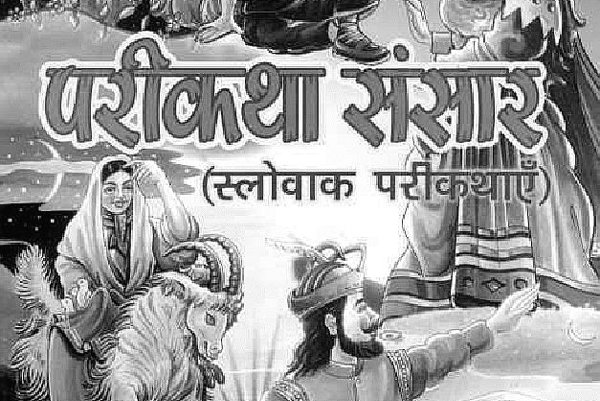 INDIA, though thousands of kilometres from Slovakia, has the power to cast spells over Slovaks. Those who visit this exotic country return fascinated by its nature, history, diversity, attitude towards life and even its poverty that are so different from that found in central Europe. This applies to Ladislav Volko, the president of Slovakia’s India Club, whose fascination with India has even led him to serve as Slovakia’s Ambassador to India.

Volko, writer, poet and diplomat, visited India for the first time in 1982. He was both fascinated and shocked by what he had seen and experienced there.

“India fascinated me by the order in what all at first sight looks like disorder,” Volko told The Slovak Spectator when recalling his first impressions from India. “The hierarchy is kept there; and respect for the old and the educated.”

Poverty is also something that strikes each Slovak visiting India but, as Volko stressed, even those living on the streets meticulously pursue hygiene.

When sharing his first experiences from India with friends, he realised that others who were lucky enough to visit this country had had similar experiences and feelings. At that time there were quite a number of Slovaks who had done so because India cooperated with the socialist camp and because of bilateral state agreements there were lively Indian-Slovak contacts in cultural as well as economic fields.

“Since I like to connect people, I established the Group of Friends of Indian Culture in 1983,” said Volko, adding that such an initiative, which was not so usual during that period, raised eyebrows among state representatives.

The group organised lectures about Indian culture and art, philosophy, economics and diplomacy. They screened Indian films as well as inviting those who had visited India to share their experiences and observations, and organised presentations of Indian arts.

“After the change of the regime in Slovakia in 1989, many more people started to travel and India has become a popular destination,” said Volko. “We changed the name to India Club and – with smaller or bigger breaks – our activities have endured up to today.”

When recalling this period of time, Volko mentioned the exhibition Homage to Saraswati, which he was involved in organising. At this exhibition, which opened the exhibition cycle Musical Geography, the Music Museum of the Slovak National Museum presented Indian musical instruments in their cultural context. After the exhibition closed in June 1998, the instruments remained in the collection of the museum.

Volko became the Slovak Ambassador to India, Sri Lanka, Nepal, Maldives, and Bangladesh in 1999 and served in this post until the end of 2004. During his diplomatic mission in India Volko continued to support cultural contacts between the two countries and managed to have a number of works by Slovak authors translated into Hindi and published there.

“In India I met translator Sharda Yadav,” he said. “Originally she translated only from the Czech language, but I managed to get a sponsor for her participation at the summer School of the Slovak language and culture, Studia Academica Slovaca, and since this time she mostly translates from Slovak.”

His contacts with Sharda Yadav have resulted in fruitful cooperation and publication of selections of Slovak poems and fairytales. For the book of Contemporary Slovak Poems, Volko selected works by a total of 23 authors including Ján Buzássy, Ľubomír Feldek, Mila Haugová, Milan Rúfus, Ján Smrek and Miroslav Válek. The Slovak fairytales and stories book is a selection of fairytales by Pavol Dobšinský to which Volko added also some ‘modern’ fairytales by Jozef Cíger Hronský, Vincent Šikula, Mária Ďuríčková and Jana Šrámková.

Volko himself published two books of poems in India, MA and Yellow Angel and Buddha. Volko is particularly proud that four outstanding Indian artists, Satish Gujral, Manjit Bawa, Jatin Das and Gopi Gajwani gave him their works to accompany his poems in the book MA (Mother) with his poems in Slovak, Polish, English and Hindi. Another renowned Indian artist, Naresh Kapuria, made the design for the book and the book was ceremonially introduced to the Indian market by Natwar Singh, then the Indian Minister of Foreign Affairs.

Activities of the India Club

The seat of the India Club has moved several times according to the willingness of various institutions to shelter it. Members of the club now meet about once per month in the Club of Artists at Dostojevského Street 2, located in the building of Umelecká Beseda (the Slovak Arts Association). The club has also extended its scope of interests to healthy lifestyles and alternative therapies, like Ayurveda and other techniques, as well as to organising exhibitions.

“Ashwani Bhanot, a prominent Yoga lecturer, has already visited us twice,” said Volko. “We also organise trips to India and after returning from India we exchange our experiences and information. Our displays have so far met with success from Slovak audiences, whether these were nudes by visual artist Ivan Popovič, photos from Nepal by Mira Nabělková or our latest exhibition, Inspirations, by visual artist Naresh Kapuria, who personally attended the ceremonial opening of the exhibition in May 2009.”

In addition to Bratislava, Kapuria’s works were exhibited in Starý Smokovec in the Vila Flóra of the Tatra Gallery.

“In 2009, we celebrated the 25th anniversary of the India Club,” said Volko, adding that the celebration took place in the Primate’s Palace in Bratislava under the auspices of Indian Ambassador Homai Saha and Bratislava Mayor Andrej Ďurkovský.

Referring to some of the most recent events organised by the India Club, Volko mentioned the Džanas džindžarde dromeha programme about the relationship between Indians and Roma with a comparison of their languages, history and current aspects featuring Indologist Anna Rácová and Romologist Rastislav Pivoň.

Among planned events, Volko highlighted a forthcoming lecture by writer and diplomat Jozef Banáš and young Indologist Robert Gáfrik. The club also prepares yoga exercises with Ashwani Bhanot, currently at the Kaskády hotel nearby Banská Bystrica. There are also exhibitions and Indian dance performances in the pipeline.

“I am glad that apart from seasoned members there are also new members arriving in the club,” said Volko. “The reasons vary – from a general interest in acquiring information about this unique country before travelling there – up to a deep interest in any of the topics linked with this fascinating country.”