ALMOST lost in the barrage of accusations Prime Minister Robert Fico has recently launched against the opposition SDKÚ party was a charge that former transport minister Pavol Prokopovič had signed a series of contracts ceding control of state land to several business groups in the last days of his tenure in 2006. Some of the contracts were signed even after the parliamentary elections in which Prokopovič’s SDKÚ lost to Fico’s Smer party. 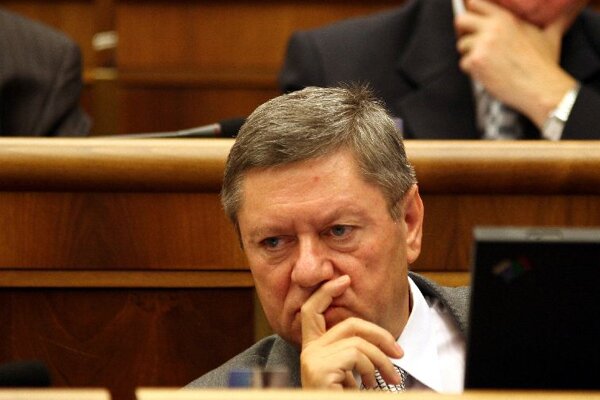 ALMOST lost in the barrage of accusations Prime Minister Robert Fico has recently launched against the opposition SDKÚ party was a charge that former transport minister Pavol Prokopovič had signed a series of contracts ceding control of state land to several business groups in the last days of his tenure in 2006. Some of the contracts were signed even after the parliamentary elections in which Prokopovič’s SDKÚ lost to Fico’s Smer party.

“In the last few days of his tenure, he had the gall to sign lease contracts that are valid for 25 to 50 years and cannot be cancelled,” Fico claimed at a January 20 press conference.

The contracts concerned dozens of hectares of land in the Danube River harbours of Bratislava and Komárno, as well as near the Prístavný bridge and railyards in the Slovak capital. The lands lie in some of the country’s most sought-after development zones.

While not denying that he had signed the contracts – which would have been difficult given that Fico distributed copies of each to the media – Prokopovič called attention to the fact that the prime minister was making the charges only five months ahead of parliamentary elections. “It’s clearly an attempt on his part to draw attention away from his own scandals,” said the former transport minister for The Slovak Spectator.

While the facts as Fico presented them are true, they do not tell the whole story. Three of the contracts that Prokopovič signed were with the shipping firm Dunaj Petrol Trade (DPT) of Komárno and were extensions of existing leases signed in 1998 and 2001.

The contracts concern 20 hectares (200,000 square metres) of harbour land in Bratislava and Komárno that DPT intends to turn into transfer stations for fuel and other goods. The deals were signed on April 28 and May 15, 2006 and received approval from Prokopovič on May 2 and June 27. Elections took place on June 17, meaning the last approval was signed as Fico was announcing his new cabinet.

“All of these unbreakable contracts are causing huge problems with the development of the public harbours in Komárno and Bratislava,” Fico said.

In fact, the contracts relate to the same plots of land that had been under lease to DPT since 2001 (in Bratislava) and 1998 (Komárno). These former contracts were valid through 2011, but as DPT began the process of securing financing for the transfer stations, it found that banks demanded a longer contractual period to ensure there would be no problems in securing a long-term return on the capital.

“The purpose of the new contracts, just like the old ones, is to build transfer stations for bulk liquid goods,” said DPT boss Kamil Szabó in an interview with The Slovak Spectator. The Environment Ministry issued planning approval for his company’s project in 2004, with overall investments estimated at €50 million.

“In other words, these contracts were not disadvantageous for the state, and this project is not one we came up with at the end of the previous government’s tenure,” said Szabó. “These are not new contracts, but ones that we had been working on for several years before 2006.”

Szabó said he believed that current Transport Minister Ľubomír Vážny was behind the leaking of the contracts. Vážny opposes DPT’s proposed development of the ports. “Immediately after taking office the minister wrote a letter protesting the issuance of planning permission for our project. In the three years since then he has done nothing but block our efforts, even though these contracts are still valid and this project was already approved by the previous government in 2001 and again in 2006.”

Without Vážny’s approval, however, DPT has been unable to get planning permission and to break ground meaning that it has been paying about €200,000 annually in rent on land it cannot develop. Szabó said he had decided to stop paying the rent; the contract was legally challenged by the Transport Ministry in 2008, but unsuccessfully.

The day before Fico attacked the contracts that Prokopovič signed with DPT, the company wrote to Vážny that “your refusal to approve this project is an unjustified and unprecedented barrier to free enterprise. You are causing our company millions in damages.”

Fico also attacked two land contracts approved by the outgoing minister in 2006. Both contracts were signed with firms related to the J&T financial group of Bratislava.

Roman Veselka, head of the state ŽSR railways company, which is under the purview of the Transport Ministry, signed a strategic cooperation agreement on July 7 with the Filiálka company, owned by developer J&T Real Estate. Under the agreement, ŽSR promised to lease 15 hectares of land of ŽSR Bratislava – the Filiálka railyards in suburban Bratislava – above a projected underground rail station. J&T wanted to build a shopping mall and office complex above the future metro station. Bratislava’s district 3 had already given the project its green light. The rent was set at €3 per square metre after the project was finished, compared to less than €3 before then.

The second “strategic” deal was inked between the ministry’s highways authority, Národná Diaľničná Spoločnosť (NDS), and the Kalos company, which according to the contract was “linked to the J&T group”. Prokopovič gave his written approval on June 30, two weeks after he knew he would be leaving office.

The deal concerned 1.7 hectares of land near the Prístavný bridge in Bratislava that the NDS owned. The land was to be sold to Kalos for almost €200 per square metre. According to the land registry office, Kalos did eventually buy the land, but not until 2008 and 2009 – in other words, during the tenure of the current transport minister.