BEING RE-ELECTED as the president of the Žilina Self-Governing Region enables Juraj Blanár to continue the regional development activities he had started in his previous term. The economic crisis and its impacts have not avoided Žilina Region either while he sees massive spending of EU funds as a way to combat its impacts over the region. The Slovak Spectator spoke to Blanár about his plans, most urgent issues of the region and solutions he proposes. 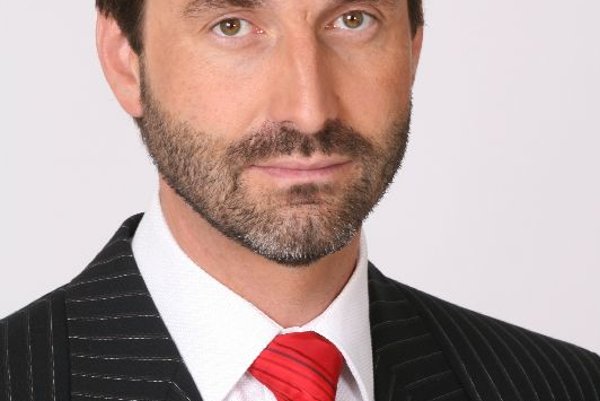 BEING RE-ELECTED as the president of the Žilina Self-Governing Region enables Juraj Blanár to continue the regional development activities he had started in his previous term. The economic crisis and its impacts have not avoided Žilina Region either while he sees massive spending of EU funds as a way to combat its impacts over the region. The Slovak Spectator spoke to Blanár about his plans, most urgent issues of the region and solutions he proposes.

The Slovak Spectator (TSS): In November 2009 you were re-elected as the president of the Žilina Self-Governing Region. What are your main plans for the next four years?

I am glad that we can continue the activities already launched which will thus benefit from continuity and will help improve and enhance the quality of life in the individual parts of our region. My great priority is to continue developing our four hospitals and polyclinics. We also have to cope with a modernisation real estate debt, got in the property by the self-governing region, related to the area of health care, social affairs, education, transport and culture. We will continue supporting social services available to the general public, and our goal is to extend capacities for placing of aid-dependent people in any of the facilities under our office.

Another of our priorities is drawing of European Union funds. The new EU budgetary period offers huge opportunities for development of our region. So far the Žilina Self-Governing Region has been successful, especially in drawing of EU funds for the modernisation of hospitals and the reconstruction of roads. In the future we plan to use this source of funding as extensively as possible for the enhancement of social, educational, and cultural facilities in our region.

TSS: What are the most urgent problems of the Žilina Self-Governing Region? What solutions do you propose?

We have experienced the effects of the economic crisis in the form of lower income tax revenue, which has meant that the budget for 2010 does not cover all the investments that we would like to carry out. But money-saving must not affect the quality of services provided in health care or the social sphere, being important and irreplaceable ones for people.

In the context of the economic crisis and the drop in the number of visitors in the region, we want to focus more on promotion of the beauties of our sub-regions to attract more visitors. What is important is quality marketing support, which we are seeking to provide at tourism fairs and by managing info-tours for foreign tour operators. I believe that also lighting and restoration of our historical jewels – the castles of Orava, Strečno and Budatín, all of which have received new lighting recently – will contribute to an increasing interest in our region among visitors.

TSS: What impact has the economic crisis had on Žilina Region and the functioning of the office of the Žilina Self-Governing Region? What measures do you propose or have you already implemented to soften the impact of the crisis?

The primary goal is to ensure a problem-free functioning of all 126 organisations operating in the founding scope of the Žilina Self-Governing Region, as well as their personnel stability. The Žilina Self-Governing Region Office will meet all its responsibilities in order that the public does not experience the effects of internal measures aimed at saving and greater efficiency. Measures to combat the crisis I see particularly in a massive spending of the EU funds.

TSS: How do you rate the current degree of decentralisation in Slovakia, along with the current powers and duties of the self-governing regions?

One of the tools to reduce regional disparities, aside from the measures taken by the national government, is also the development policy of individual regional governments.

Slovakia had to create self-governing regions before its admission into the EU [Ed. note: Slovakia entered the EU on May 1, 2004].

It is necessary to continue transferring competencies, and thus also the funds necessary for their performance. It is also necessary to cancel some state authorities operating at the regional level, for example in the area of education or transport, because the regional governments are now fully substituting them. The aim should be to facilitate the public administration for citizens.

TSS: Slovakia suffers from regional disparities. Does this problem also affect your region? In which segments do you perceive the biggest disparities and what solutions do you propose?

To reduce regional disparities the Žilina Self-Governing Region has created its own mechanisms.

We annually allocate financial resources from the regional budget to promote various projects covering regional development, tourism and culture promotion, etc., while we put an accent on proportional allocation of funding packages to all five sub-regions.

Through the rural development grant we subsidise rural areas which are outside of the centres of innovation and economic growth.

Another tool of support is the grant system for culture, within which we annually selectively allocate grants to specific culture projects.

Via the tourism development promotion grant, we secure the development of tourism in the historical regions of Kysuce, Orava, Liptov, Turiec and Horné Považie, each of which has its own specific characteristics and attracts a different tourist clientele. Apart from municipalities, in addition entrepreneurs from the field of tourism can be involved in this system. We have already helped and supported hundreds of projects in this way.

Reducing of regional disparities is also closely connected with the transport infrastructure construction.

Following the last year, the Žilina Self-Governing Region is continuing the extensive reconstruction of the second- and third-category roads in our region.