Searching for a brighter future

BANSKÁ Bystrica Region is one of the least developed regions of Slovakia. This is partly due to a heavy burden from the past when the collapse of markets in the Eastern Bloc caused large companies in the region to abruptly shut down. More recently, the insufficiently developed highway infrastructure has become a sore point with regional officials, who say it discourages foreign investors from locating within the region. 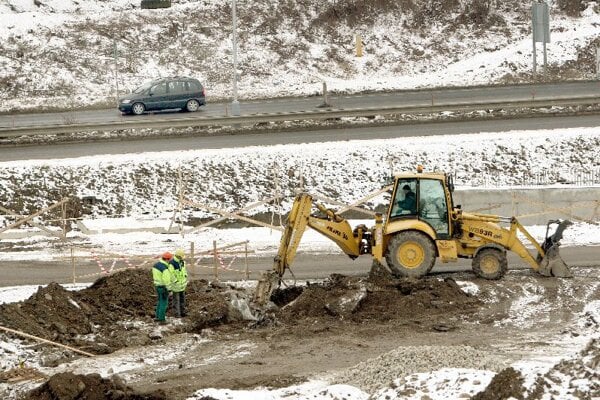 BANSKÁ Bystrica Region is one of the least developed regions of Slovakia. This is partly due to a heavy burden from the past when the collapse of markets in the Eastern Bloc caused large companies in the region to abruptly shut down. More recently, the insufficiently developed highway infrastructure has become a sore point with regional officials, who say it discourages foreign investors from locating within the region.

In response to a changed domestic and global economic situation in which the region’s traditional raw materials have become less important for its future development, local governments and businesses are focusing on business innovations, research and development, information technology, biotechnology, and last but not least, tourism as the harbingers of a brighter economic future.

“The production sector of Banská Bystrica Region, compared with Slovakia’s other regions, has its specific features, especially due to considerable differences among our individual districts' economic bases and infrastructure,” Ľubomíra Slobodová, the director of the Banská Bystrica regional chamber of the Slovak Chamber of Commerce and Industry (BBRK SOPK), told The Slovak Spectator. “The northern part of the region is quite highly industrialised. Engineering, metallurgy, wood processing and papermaking, chemicals, pharmaceuticals, construction and tourism are the main economic segments and have the best prospects for further development. The southern part of the region has a base in food production and other segments complementary to agriculture.”

Emília Kodríková from the office of the Banská Bystrica Self-Governing Region says these geographical differences are historical, with industry traditionally strong in the north and agriculture and food dominating in the south.

“The fall of the previous, communist regime and the collapse of markets in the so-called Eastern Bloc resulted in the closure of large local companies, leaving thousands of people jobless,” Kodríková told The Slovak Spectator. “After 1990 the state also ceased supporting inefficient production, mostly in agriculture, which had given employment to a marginalised and inadaptable labour force with only basic education, the majority of whom lived in the south-eastern part of Banská Bystrica Region.”

These factors pushed the region into the current position of being one of the least developed of Slovakia’s eight regions.

“The region is reporting the highest unemployment rate in Slovakia, with it climbing to 19.19 percent at the end of 2009 compared with the national average of 12.66 percent,” said Kodríková. “In districts which used to focus on agriculture and food production, the jobless rate is even higher, ranging between 22 percent and 33 percent. The region’s share of sales of industrial production is decreasing; presently it accounts for only 5 percent of the country’s total industrial production.”

Insufficient road infrastructure is another key factor influencing the current economic situation of the region.

“Because of unsuitable road infrastructure, only very few foreign investors have decided to locate their investment in Banská Bystrica Region,” said Vladimír Brieda from the Banská Bystrica Self-Governing Region.

Completion of a dual-carriageway road joining Nitra and Banská Bystrica may improve the situation. The Granvia consortium is building 52 kilometres of dual-carriage highway over the next three years as part of a public-private partnership project.

“Thus, the completion of the four-lane dual-carriageway road on the entire stretch between Nitra and Banská Bystrica is most important from the viewpoint of prospects for development of business,” said Slobodová, adding that after its construction, usage of the airport in Sliač could also be more dynamic.

When listing other hindrances to foreign investors, Slobodová also mentioned insufficiently prepared technical infrastructure for industrial parks or industrial zones in most of the region’s towns, an absence of consultancy centres and specialised research and development centres connected with the manufacturing sphere, and a labour force with a shortage of qualifications fitting the needs of local businesses.

Brieda added a few additional obstacles which he said are impeding economic development: the fact that the regional government does not have direct investment stimuli at its disposal, for example the capability to reduce or forgive taxes or to grant a financial subsidy; the poor condition of local railways; and airport at Sliač not being on the list of Schengen-zone airports.

“Support for economic development of the region on the part of the Banská Bystrica Self-Governing Region's office focuses especially on activities which support the development of doing business and innovations,” said Brieda. “These especially include preparation and elaboration of strategic planning documents, creation of partnerships and securing flows of information between the business sphere, supportive educational institutions and local administration.”

“Between 2002 and 2008 SARIO successfully carried out 29 investment projects with a planned investment volume of €684.75 million and the prospect of creating between 5,889 and 8,186 jobs in Banská Bystrica Region,” Timea Nemešová, the project manager of the foreign direct investment section at SARIO told The Slovak Spectator. “Of this amount, the largest investment share, 28 percent, was directed into the construction and wood-processing industries.” These included investments by Divani Recliner, Rettenmeier Holding AG, and Knauf Insulation.

She said investment in the engineering and metal processing industry accounted for 24 percent and included Tubex Holding, Wittur, and Sisme Slovakia; investments accounting for 21 percent of the total flowed to the chemical industry and involved Trelleborg AB and Fermas-Degussa; and that automotive industry investment was only 7 percent of the total, coming from Johnson Controls and Sewon ECS.

Total foreign direct investments (FDI) in the region amounted to €0.5 billion at the end of 2007, Slobodová said, citing figures of the National Bank of Slovakia. Banská Bystrica Region accounted for only 1.9 percent of Slovakia’s aggregate FDI. This share was 0.7 percentage points lower than in 2006 and ranked the region in the second lowest position of all eight regions.

But Slobodová believes that not all the support for economic development should focus on foreign investments.

“Foreign investments are crucial for Slovakia but they should be not supported to the detriment of the local business sphere,” Slobodová said. “State assistance is oriented on large foreign investors and often has contributed to the deepening of regional disparities. Local companies are forced to finance their development activities only from their own resources.”


To support her point, Slobodová highlighted the creation of a large industrial park in the premises of the former Vlkanovské Strojárne engineering company in Vlkanová. The industrial park now houses 12 companies employing roughly 1,000 people.

While the presence of local raw materials were decisive when creating regional development strategies in the past, during this period of globalisation, characterised by a sharp rise in information technologies, the importance of raw material resources has been decreasing.

“It is necessary to focus on products meeting the needs of the current time,” said Slobodová. “From this point of view, our region must orient itself towards IT, biotechnologies, research and development, renewable energy resources, the electro-technical industry, development of production focusing on ecologically clean activities which will not further burden the environment, and securing as high as possible finalisation of products.”

“Mining and its related processing industry in the so-called silicate zone in the southern part of the region is also very prospective because of the rich deposits of mineral raw materials,” said Brieda.

Both Kodríková and Slobodová also see tourism, wellness facilities, and other services as particularly promising.

“The region has excellent prerequisites for further tapping of tourism,” said Kodríková. “In the north are the Low Tatras which are suitable for summer as well as winter tourism and to the west are Banská Štiavnica and Kremnica with their rich mining history. The east is rich in Gothic attractions which can be found along the Slovak Gothic Route and the whole region is dotted with spas, for instance in Brusno, Sliač and Dudince, to mention just a few.”