Nature, history and other attractions

SLOVAKIA is sometimes dubbed the tourist destination with everything but the sea. It has beautiful flora and fauna, mountains and lakes, as well as historical and modern sites and is suitable for both summer as well as winter tourism. The regions of Banská Bystrica and Žilina are no exception, offering a whole range of visitor attractions. 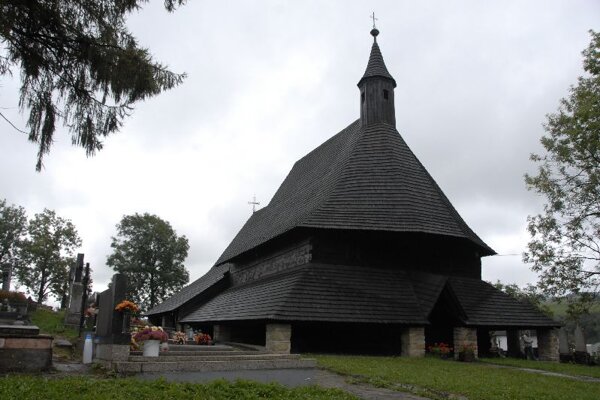 SLOVAKIA is sometimes dubbed the tourist destination with everything but the sea. It has beautiful flora and fauna, mountains and lakes, as well as historical and modern sites and is suitable for both summer as well as winter tourism. The regions of Banská Bystrica and Žilina are no exception, offering a whole range of visitor attractions.

The regions, which are both predominantly mountainous, boast sites inscribed on the UNESCO World Heritage List. Hidden in the Štiavnické Vrchy (Štiavnica Hills) is the historic town of Banská Štiavnica, which along with the technical monuments in its vicinity has been on the list since 1993. Visitors to this place can breathe in its history as a great mining town with almost every step they take. The hills all around are riddled with thousands of kilometres of mines, while almost every one of the local lakes is man-made. These lakes, known as ‘tajchy’ and dating back mostly to the 18th century, were part of the ingenious water management system whose purpose was to accumulate water mass to be used as an energy source powering numerous mining machines and facilities.

Banská Štiavnica was formerly one of the most significant centres for precious metals mining, as well as for the study of mining science, technology and education, in all Europe. The world's first technical university, which was devoted to mining, mineralogy, physics and chemistry, was established here in around 1770 by a decree of the Austrian Empress Maria Theresa; it inspired the subsequent establishment of the École Polytechnique in Paris. The town now boasts renaissance palaces, 16th-century churches, elegant squares and castles.

In Žilina Region, tourists can visit Vlkolínec, a small village located in the Veľká Fatra national park. This is a typical Slovak mountain village whose almost perfectly-preserved historical wooden architecture put it on the UNESCO list in 1993.

Those interested in folk architecture can also go to the village of Čičmany, known for its distinctively decorated wooden architecture, as well as the open-air museums in Martin, Pribylina, Nová Bystrica, and Zuberec.

Three of the eight wooden churches of the Slovak part of the Carpathian Mountain Area that were added to the UNESCO list in 2008 are located in central Slovakia: the Catholic church in Tvrdošín, and the Evangelical churches in Leštiny, near Dolný Kubín, and Hronsek, close to Zvolen.

Among historical sites the most popular are Orava and Strečno castles, while the eastern part of Banská Bystrica Region offers a number of Gothic gems along the southern part of Slovakia’s Gothic Route. These include, for example, the ancient church in Kraskovo which was built at the end of the 13th century in the early Gothic style and which also features Romanesque elements. Its remarkably abundant and complex decorative paintings were made by two workshops between 1360 and 1380.

In winter, the mountains of the Low and Western Tatras, and Malá and Veľká Fatra offer a number of ski resorts, of which several are among Slovakia’s top centres, for example Jasná and Park Snow Donovaly, both in the Low Tatras, Martinské Hole above the historic town of Martin, Ski Park Ružomberok, Vrátna Free Time Zone and Park Snow Veľká Rača. In summer, tourists can go hiking in the same mountains. Among other summer destinations, the most popular are the Manínska and Kostolecká Tiesňava gorges. Those looking for natural stone creations should also head to the Súľovské Skaly mountains or visit the old stone quarry at Milošová-Megoňky, close to Čadca. Here they will find unique spherical stones. And on a hill above the village of Vyhne is Slovakia's biggest 'stone sea', a dramatic cascade of loose boulders. Central Slovakia is also home to the highest and best-preserved volcano in the country – Poľana. It is among the Europe’s biggest extinct volcanoes.

To fully tap the potential of tourism, different bodies doing business in this sphere have created destination management organisations, known as klasters in Slovakia (equivalent to 'clusters' in English). The Liptov Klaster was the first one successfully to link the powers of firms and individuals as well as local public administration bodies to increase their chances of success. The Orava and Turiec klasters followed shortly thereafter. Their primary goal is to pursue joint marketing and thereby boost the image of their region and spread information about its sights and natural attractions, as well as about the services on offer. Another cluster, Balnea Cluster Dudince, was created in Dudince, near the western border of Banská Bystrica Region, in June 2008 as the first spa cluster in Slovakia.

Dudince is not the only spa in central Slovakia. Others famous spas can be found in Sliač, Turčianske Teplice, Sklenené Teplice, Rajecké Teplice, Lúčky, Brusno and Číž, providing curative therapies for an extensive range of diseases as well as wellness stays. Water lovers can also enjoy the attractions at Meander Park, a thermal aquapark in Oravice, and Thermal Park Bešeňová.

There is very much more to see in central Slovakia. One only has to keep one’s eyes open and not be afraid to visit the lesser known places, which, forgotten by history, often hide real jewels which cannot be found anywhere else.