THE FIRST political party to present its candidate list for the parliamentary elections – long ahead of the deadline and in fact even before the date for the elections was officially announced – was the Christian Democratic Movement (KDH). Their candidate list features new faces – including a mayor, a lawyer and a former journalist – in the party’s efforts to improve its image under new leadership that took charge last year. 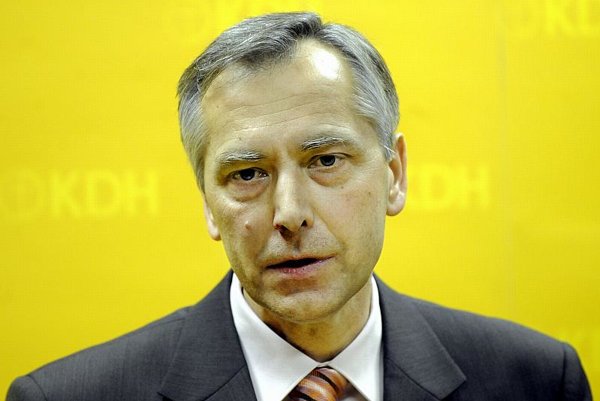 THE FIRST political party to present its candidate list for the parliamentary elections – long ahead of the deadline and in fact even before the date for the elections was officially announced – was the Christian Democratic Movement (KDH). Their candidate list features new faces – including a mayor, a lawyer and a former journalist – in the party’s efforts to improve its image under new leadership that took charge last year.

At its session on January 30 the KDH Council approved the names of their candidates for the national parliamentary elections, which were officially set by the speaker of the Slovak parliament for June 12. The deadline for parties to present their candidate lists is March 14, 2010.

At the council session, KDH also adopted a statement in which the party representatives rejected all forms of corruption and cronyism and called for more trust by citizens in politics.

“If the people are to trust the political system, the state authorities, political parties and politicians must fulfil the criteria of transparency and lawfulness; they cannot base their
activities on cronyism and corruption, on unclear and illegible methods,” the statement reads.

One of the transparency-increasing measures KDH says it supports for the future and one that the party has already applied within its own structures relates to so-called incompatibility of functions.

In practice it means that none of the KDH candidates can be elected to more than one position. This can pose a dilemma for some of the candidates standing for KDH in the upcoming elections, such as number 13, Andrej Ďurkovský, currently serving as the mayor of Bratislava, who would need to give up his mayor’s post if elected to parliament.

On top of the KDH candidate list, as is traditional, is its current chairman Ján Figeľ, who until September 2009 served as Slovakia’s first representative in the European Commission. He is followed by his predecessor and the current head of the KDH parliamentary caucus, Pavol Hrušovský. Other top spots belong to the party’s vice-chairpersons: Daniel Lipšic, Július Brocka, Mária Sabolová, Jana Žitňanská, Anton Marcinčin and Ivan Uhliarik.

One surprise on the candidate list is a well-known lawyer, Radoslav Procházka, who defended Slovakia’s Special Court on behalf of the Slovak parliament in proceedings before the Constitutional Court. He was slated number 20, which likely would mean not gaining a seat in parliament since current public opinion polls show KDH only receiving about 9 percent in the upcoming elections. However, the newswires reported that KDH caucus head Hrušovský said, when presenting the candidate list, that the party aims for an outcome that would secure 20 or more seats in parliament.

“We dare for a much better result than in 2006; KDH has the potential to be among the three strongest parties,” the TASR newswire quoted party leader Figeľ as saying.

In the 2006 national elections six parties entered parliament and KDH, at that time led by Hrušovský, came in at the bottom with 8.31 percent of the votes and 14 seats.

It was a disappointing result for the party. In the wake of the elections the party’s leadership was rather split, since KDH was often mentioned as a potential coalition partner for the highest vote-getter in the elections, Robert Fico’s Smer party.

The party leaders had to decide: withdraw into the opposition or join a Smer-led government – which many believed would severely harm the party’s image. In the end, Smer formed a coalition without KDH.

Two years after the elections in July 2008, a group of politicians around KDH’s vice-chairman and former Interior Minister Vladimír Palko – known for their rather fundamentalist attitudes – left KDH to form a new party, the Conservative Democrats of Slovakia (KDS). This split by the party’s conservative wing and the choice of Figeľ, a pro-European and internationally recognised leader, in 2009 are seen by political observers as an opportunity for a fresh start for the Christian Democrats.

Political analyst Miroslav Kusý believes that KDH’s chances are much higher now under the Figeľ leadership than they were with his predecessor.

“Figeľ is a new personality, he doesn’t carry the load of a former politician because he was outside this on the European level and there he gained a good name for Slovakia, as a successful and good Euro-commissioner,” Kusý told The Slovak Spectator, adding that he thought the changes KDH underwent in autumn 2009 were very favourable for the party.

“From this viewpoint KDH improved their standing, and I believe the fundamentalist character of the party has been cleansed also by the departure of some ultra-fundamentalists like Palko and along with him also [František] Mikloško,” Kusý said.

According to Grigorij Mesežnikov, a political analyst and director of the Institute for Public Affairs, KDH is now undergoing a generational change, which will or should happen in other political parties too.

“A generational change not only in the sense that younger people are coming into the party, but also that there are new people who don’t belong to the first post-November [1989] political generation,” Mesežnikov told The Slovak Spectator. He explained that all the political parties in Slovakia have until recently been led by politicians of this first post-November generation and that now some new faces have appeared in KDH that don’t belong to that generation.

“And this is what I find very important, that the programme that KDH really has very well-profiled should join together with an interesting change in personnel,” Mesežnikov said, adding that he finds these changes to be positive for the party.

After the surprising move in which Mikuláš Dzurinda, the leader of the Slovak Democratic and Christian Union (SDKÚ), decided not to be a candidate in the elections as the leader of his party, the atmosphere among the opposition parties is now expected to change.

Kusý said he rather expects that SDKÚ – KDH relations would improve now, since they had been affected by personal conflicts which resulted in the departure of KDH from the SDKÚ-led government in 2006.

“The main cause of this was exactly Dzurinda as a person, from the viewpoint of KDH,” Kusý said.

Days before Dzurinda’s unexpected withdrawal as a candidate, the leaders from both parties met and declared that they see each other as strategic partners with a common aim to outpoll Smer in the upcoming elections so they can form a government without Fico.

At the same time Figeľ stated that KDH had no intention to prepare for cooperation with Smer, the SITA newswire reported.