THE CHARGES that Prime Minister Robert Fico laid against his principal political opponent, Mikuláš Dzurinda, have so far led to Dzurinda’s withdrawal from the campaign leadership of his SDKÚ party, and to a possible criminal investigation of the party’s financing. 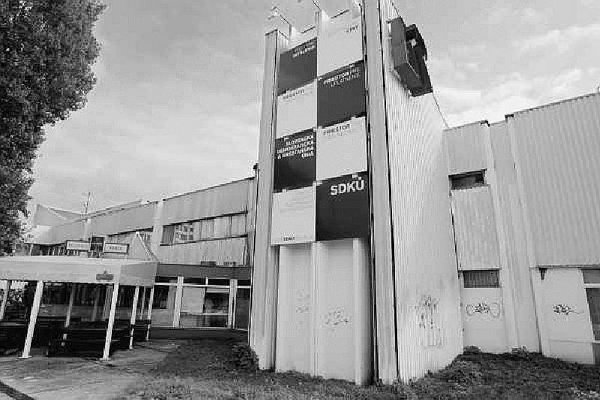 THE CHARGES that Prime Minister Robert Fico laid against his principal political opponent, Mikuláš Dzurinda, have so far led to Dzurinda’s withdrawal from the campaign leadership of his SDKÚ party, and to a possible criminal investigation of the party’s financing.

Much of the mud that Fico has thrown has stuck. The SDKÚ has not explained the source of millions of euros in loans since its founding in 2000, nor has it explained why this money was funnelled through opaque companies headquartered in tax havens like Switzerland.

Rather than explain, the party has suggested through its behaviour that explaining would be politically damaging. In particular, the party’s current treasurer, Igor Kucej, claims to be the owner of the London-registered company that has supplied the bulk of short-term loans for the SDKÚ since 2006. However, he has not provided proof of this ownership, despite promising to do so on January 29 for The Slovak Spectator. He has since said the ownership documents are in a safe in London and that retrieving them is not currently possible.

Fico has provided no evidence in support of his main allegation – that the SDKÚ has hundreds of millions of euros in illegal funds stashed away in offshore bank accounts, and that the party is engaged in laundering payoffs that it received during the privatisation of some of Slovakia’s richest companies. What follows is an examination of Fico's claims and whether they are supported by the currently available facts.

The prime minister’s charge that millions of euros had gone missing in the Dzurinda government’s sale of the state-owned Forum hotel in Bratislava led directly to Dzurinda’s decision on February 1 to stand down as SDKÚ’s leader heading into the June parliamentary elections.

First, Fico said that only Sk300 million of the Sk425-million purchase price of the Hotel Forum (now known as the Crowne Plaza hotel) had reached the government’s account. In fact, according to the accounts of the limited liability company Hotel Forum, which The Slovak Spectator examined in the business registry archives, Sk125 million of the purchase price was held back until 2006, when the company was liquidated.

According to a notarised report by the liquidator, following the initial Sk300 million payout to the government, Sk21 million of the purchase price was paid in taxes, Sk5 million went to the privatisation advisor, and in 2006, Sk99 million was transferred to the Government Office account with the HVB bank once it had been ascertained that Hotel Forum owed no hidden debts. The sale contract required that this money be held on account until the debt situation was settled.

Second, the prime minister claimed that a debt of Sk105 million owed by the hotel had been liquidated by the cabinet after the sale for the sum of one crown. In other words, if the cabinet had taken this step before the sale, the hotel might have fetched that much more. However, Fico’s office did not provide evidence of this claim to The Slovak Spectator. Nor do the accounts of the hotel show any liability of Sk105 million during these years.

One of the earliest claims Fico made, back on January 22, was that SDKÚ borrowed €500,000 in 2000 from a London-registered company called Allied Wings Ltd. and repaid it in 2004 at 7-percent interest. In the two weeks since then, the party’s first treasurer, Gabriel Palacka, has admitted that he arranged the loan from a Bratislava businessman. He claimed he did so because at the time the party was unable to get a loan from a bank. SDKÚ has said it did nothing wrong, that the loan was repaid, and that the transaction cannot be labelled money laundering. Palacka has refused to reveal the identity of the lender, however.

Fico also noted that Allied Wings was located at the same address as Destor Investment Ltd., the owner of a Slovak limited liability company called Involve. The managing director of Involve is SDKÚ treasurer Kucej; Involve has lent SDKÚ millions since 2006, and currently is owed €500,000 by the party.

Fico added that the managing director of Destor was the same man behind the company that bought the Hotel Forum from Dzurinda’s government, Diamond Hotels UK.

“These firms were set up to launder money,” the prime minister said, although he provided no proof of his claim.

In fact, Diamond Hotels UK and its successor, Diamond Hotels Cyprus, was represented in Slovakia by five people who either worked for the local capital group J&T, or who appeared in firms registered at J&T’s address.

Diamond Hotels also took a loan of Sk310 million in 2003 from J&T Bank, and its advisor on the hotel purchase was J&T Global. Fico also drew attention to a “mysterious” Dutch company, Myria Assets, which had initially bought the hotel in 2003 but sold it six months later. He insinuated that the sale had not been transparent and that companies close to SDKÚ had appeared both on the seller and buyer sides. However, documents in the Slovak business register show that Myria Assets was owned by another Dutch firm registered at the same address as J&T Private Equity BV.

As for the similarities between Kucej’s London address and that of J&T, Kucej said that Destor had been set up for him by a Prague company specialising in registering such firms, Akont, and that they had chosen both the address and the company’s managers without his input.

That explanation, however, cast doubt on his claim that the ownership documents for Destor were in London and were temporarily unavailable. Kucej did not respond to questions as to why such documents would not be with Akont in Prague if Akont had really set the company up.

SDKÚ has been far less successful in dispelling the appearance of improper financing. Kucej told The Slovak Spectator in an interview on January 29 that his Involve company had been lending the party whatever it needed since 2006. He said that as treasurer he had not been able to keep SDKÚ afloat merely on the money it gets from the state.

His explanation drew attention to the source of Involve’s money and to the people behind the company. Here, Kucej was less forthcoming.

Involve was founded in 2001 by Kucej, with a 20-percent stake, and by Arcon SA of Switzerland with 80 percent. The Swiss business register shows that Pavol Kinčeš of Bratislava was a “member” of Arcon. Kinčeš founded the MESA 10 economic think-tank in 1992 with core SDKÚ members such as Palacka, Dzurinda and the party’s economic wunderkind Ivan Mikloš.

Kinčeš also served as the head of the SPP gas utility until 2001, when it was privatised to Ruhrgas of Germany and Gaz de France.

According to Slovak business register documents, Arcon was represented in Slovakia by Eleonóra Valentová, wife of then-SDKÚ treasurer Palacka. Valentová served on the board of the Slovak Telekom (ST) utility from the time it was privatised to Deutsche Telekom in 2000 until 2007.

Given Fico’s claims that SDKÚ took in Sk6-7 billion from privatisation sales like the Sk130-billion SPP deal and the Sk40-billion ST sale, the fact that people associated with these companies were involved in financing the party may be significant. However, Kucej refused to say whether Kinčeš was the true owner of Arcon, or where his “Swiss” partner’s money came from.

In 2004, Arcon’s stake in Involve wound up in the hands of Destor Investments, which Kucej claims to own. However, he has not proved his ownership of Destor, and he has not said anything about how Involve earned its millions of crowns in profits during the time it was financing SDKÚ, other than to say it involved real estate deals.

Finally, SDKÚ has been unable to explain a real estate deal that was crucial to retiring the Sk80 million in debts the party owed in 2003, when Kucej took over as treasurer. Of this sum, Sk22 million of debt was transferred in 2003 to a Bratislava limited liability company called Soul, which by 2004 owed almost a million crowns itself, and until then showed only a few thousand euros in turnover a year. Kucej said that the owner of Soul, Sidónia Bartová, was his friend, and that in return for her help in retiring the debt, he sold her some real estate in 2004 that the party owned in downtown Bratislava for its book value, Sk27 million.

These transactions took Sk50 million off SDKÚ’s books, and Kucej described them as important in returning the party to financial health.

However, Soul was unable to finance the deals itself, nor could it get a loan from any bank, with no assets to secure it.

Instead, an unidentified third party, represented by Irene G. Spoerry from Switzerland, guaranteed a loan of €800,000 for Soul in December 2004 from the Credit Suisse bank. Credit Suisse was the privatisation advisor on the recently completed SPP deal. The money was immediately transferred from Soul’s account to SDKÚ.

Spoerry works for Trident Trust of Cyprus, which specializes in setting up offshore companies. Kucej claimed not to know her, nor to know the identity of the third party whose timely guarantee of the loan made the transaction possible.

This claim is improbable in the light of the fact that in 2009 the property that Soul brought from SDKÚ was sold to the S.L.D. Rouelle company of Prague. S.L.D. sits at the same address as Akont, the company Kucej said had set up Destor for him.