EC once again raises its eyebrows

SLOVAKIA wasn’t in much of a hurry to revamp a piece of legislation which has been a thorn in Brussels’ side since 2008 and which prompted the European Commission to put another letter of formal notice in writing to the government of Robert Fico in early January 2010. Despite the media placidly downplaying the urgency of the letter, Prime Minister Robert Fico did summon a special cabinet session for February 5 to extinguish the threat of the EC putting its finger on the EU funding vein to Slovakia. 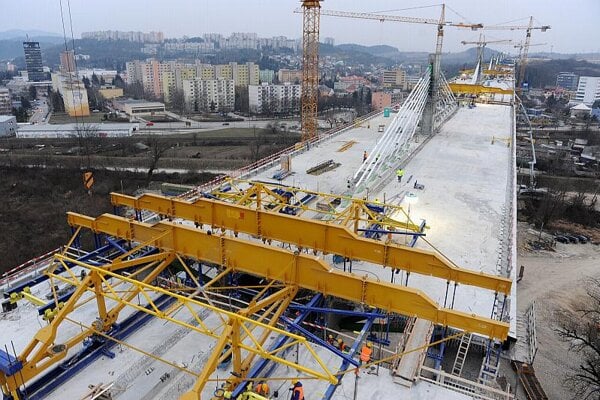 SLOVAKIA wasn’t in much of a hurry to revamp a piece of legislation which has been a thorn in Brussels’ side since 2008 and which prompted the European Commission to put another letter of formal notice in writing to the government of Robert Fico in early January 2010. Despite the media placidly downplaying the urgency of the letter, Prime Minister Robert Fico did summon a special cabinet session for February 5 to extinguish the threat of the EC putting its finger on the EU funding vein to Slovakia.

This problematic piece of legislation was part of a package of laws that the government produced back in 2007 to speed up the highway construction plans of the Fico government. One of the amendments stripped individuals of the ability to exercise their rights as ‘concerned public’ in environmental decision-making procedures. However, the EU’s Environmental Impact Assessment Directive guarantees concerned members of the public early participation in environmental decision-making.

According to the European Commission, failure to correctly align national legislation could lead to the Commission issuing what is known as a reasoned opinion – and this could have implications for finances flowing from the European Regional Development Fund and Cohesion Fund.

The European Commission has advised the Slovak government that the country’s legislation is not in line with the EU Environmental Impact Assessment Directive, the spokesman for Regional Policy, Dennis Abbott, has confirmed.

The story about the EC letter was broken by the country’s Trend economic weekly on February 2.

“The relevant Slovak law was amended in 2009, following two letters of formal notice from the Commission in the context of an infringement process, but it is still not entirely in compliance with the directive,” Abbott told The Slovak Spectator. “To be specific, the new law does not allow an individual person to exercise their rights under the directive as a member of the ‘concerned public’ in environmental decision-making procedures.”

According to Abbott, this considerable non-conformity could postpone or block the approval process of projects falling within the scope of the directive and result in the interruption or suspension of funding.

Dirk Ahner and Karl Falkenberg, director-generals of the Directorate General for Regional Policy and the Directorate General for Environment respectively, wrote to the Slovak authorities on January 7 to remind them that they urgently need to adapt their legislation. According to Abbott, letters of formal notice were sent on January 31, 2008 and September 18, 2008. A reasoned opinion could follow at any time now.

“The Commission has advised the authorities to address this problem as a matter of urgency,” Abbott added.

However, he also confirmed that no payments from the European Regional Development Fund or the Cohesion Fund have been interrupted or suspended as a result of the ongoing infringement.

“The government will handle the situation in such a way that there will be no threat of Slovakia’s EU funds being halted,” said Branislav Ondruš, director of the Slovak Cabinet’s Communication Department.

According to Ondruš, the government is communicating with Brussels over the issue and an expert group was formed in January under the wings of the Environment Ministry, which involved representatives of other departments including the Foreign Affairs Ministry.

“The role of this commission was to prepare legislative proposals, which will respond to the requirements of the EC,” Ondruš said as quoted by newswire SITA.

He added that the proposals are ready to be laid on the table for the ministers on February 5.

“We firmly believe that nothing will prevent the amendment to the law to pass through parliament next week,” Ondruš added.

Meanwhile, Slovak officials have not exhibited any strong signs of distress.


Transport Minister Ľubomír Vážny said on February 3 that changes will be made in the law to accommodate those objections.

“Slovakia will certainly fix the disputed legislation and there will be no halt to the payments of EU funds,” said Finance Minister Ján Počiatek as quoted by daily Sme in its February 3 issue.

However, Ivan Mikloš, deputy chairman of the Slovak Democratic and Christian Union (SDKÚ), said that similar warnings from Brussels are a fairly frequent occurrence with the Fico government.

The chairman of the Christian Democratic Movement (KDH) and former European Commissioner Ján Figeľ said he is glad that the government decided to act since it has already lost a lot of time.

“There is a lot at stake, both financially and politically,” Figeľ said as quoted by Sme.

Deputy Prime Minister Dušan Čaplovič warned the government some time ago that the country might lose EU funds. However, the media has not been given an explanation for the delays other than that it is a complicated issue. The spokeswoman for the Environment Ministry, Jana Kaplanová, told Sme that there had been negotiations with the ministries involved because this is not an issue concerning just one ministry.

In late January, the European Commission formally requested that Slovakia remove certain investment restrictions on statutory pension funds, which in the EC's view constitute an infringement of EU treaty articles that forbid restrictions on the free movement of capital.

“If there is no satisfactory reply within two months, the commission may refer the matter to the Court of Justice of the European Union,” the EC wrote in an official release.

The EC sent its reasoned opinion to Slovak authorities on June 26, 2008 and Slovakia responded that the legislation on retirement pension savings would be amended in such a way that the obstacles to the free movement of capital would be removed.

However, the commission still maintains that there are compatibility problems with EU law “since it entrusts the National Bank of Slovakia with the power to authorise a pension fund to invest its assets, up to 50 percent of their net value, only in transferable securities and money market instruments issued or guaranteed by a European Union country belonging to the euro zone.”

According to the EC, the regulation thus allows the Slovak authorities to continuously restrict investments in securities and money market instruments issued or guaranteed by non-euro area member states or third countries.

“The explanation provided by the Slovak authorities that this provision aims to limiting credit and currency exchange risks, is not pertinent in the Commission’s opinion,” the EC stated in a recent release.