PREŠOV Region is economically the weakest of Slovakia’s eight regions. Economic development has somewhat bypassed this border region and poor or missing infrastructure has discouraged foreign investors from coming to the area. On the other hand, Prešov Region has been the most successful region in Slovakia in drawing European Union funds which it has been using as extensively as possible to solve its sorest problems. The region plans to continue drawing EU funds and sees a huge potential for developing more extensive tourism, as this part of Slovakia boasts precious historical sites and untouched nature, as well as UNESCO-designated sites and innumerable natural attractions. 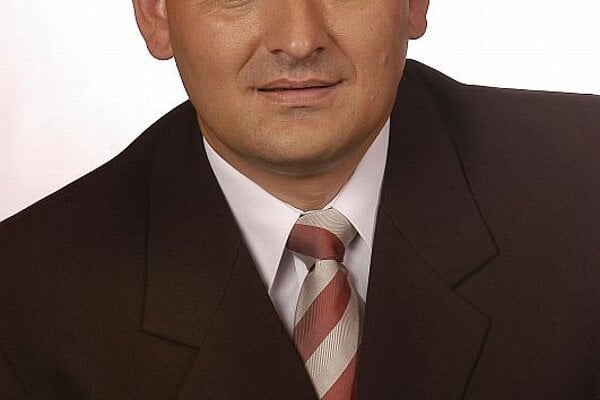 PREŠOV Region is economically the weakest of Slovakia’s eight regions. Economic development has somewhat bypassed this border region and poor or missing infrastructure has discouraged foreign investors from coming to the area. On the other hand, Prešov Region has been the most successful region in Slovakia in drawing European Union funds which it has been using as extensively as possible to solve its sorest problems. The region plans to continue drawing EU funds and sees a huge potential for developing more extensive tourism, as this part of Slovakia boasts precious historical sites and untouched nature, as well as UNESCO-designated sites and innumerable natural attractions.

The Slovak Spectator spoke to Peter Chudík, re-elected president of the Prešov Self-Governing Region, about his plans for the next election term, the biggest problems of the region, and the solutions he foresees.

The Slovak Spectator (TSS): In November 2009 you were re-elected president of the Prešov Self-Governing Region (PSK). What are your main plans for the next four years?

We want to continue what we have done so far – in development of the region and investments. Maximal usage of structural funds from the European Union (EU) and other grant programmes was our primary goal during my first term in office and it is also our current goal. In 2009 we obtained €53.1 million in non-returnable funds from the EU which we will use to carry out projects this year. Only a few days ago we received information that we have obtained additional funds of almost €16,600 for the reconstruction of cultural and social security facilities. So there is almost €66.4 million for investment available only for this year. I dare to say that this is an excellent result for the whole region. Prešov Region has so far been the most successful region in drawing EU funds and we want to maintain this leading position. That is our intention for this term.

TSS: What are the most urgent problems of Prešov Region? What solutions are you proposing?

Prešov Region, fortunately, does not have any fundamental problems in areas in which we have powers and responsibility. This is a result of our so-far systemic work. We have gradually sorted out the problematic sectors and concentrated on their solution. Everything that could endanger us we have gradually solved, even though it sometimes took a longer period of time. We are the only self-governing region that has successfully transformed hospitals under our auspices. Now, the hospitals work properly, provide quality healthcare and very importantly – they are not generating debt. A big problem was also second- and third-category roads, which we took over in 2004 and which were in the worst condition in Slovakia. We have invested over €66.4 million into repairs but recurrent floods are damaging old as well as repaired parts of roads which is causing us trouble. Unfortunately, we lack the authority to influence anti-flood measures.

TSS: What influence has the economic crisis had on Prešov Region and the office of the Prešov Self-Governing Region? What measures are you proposing, or have already implemented, to soften the impact of the crisis?

The crisis especially means a gap in revenues and that negatively influences the economic performance of the self-governing region.

Last year our revenues were lower by some millions of euros so we had to introduce a number of rationalisation measures.

We focused primarily on providing the main services required of the regional government and halted all activities which the law permits us to undertake, but which are not obligatory for us.

For example, we did not greenlight resolutions for the launch of new organisations whose financing would have had a negative impact on the budget of our office. Organisations under the auspices of our office have also adopted savings measures.

We have halted the planned reconstruction of the building housing PSK’s office as well as planned investments within IT systems. We have significantly reduced capital expenditures and saved funds for dealing with emergency situations.

Being mindful of the crisis we have prepared a budget for 2010 which is much more prudent than during previous years. Nevertheless, funds obtained from the EU will enable us to make considerable investments of almost €66.4 million.

TSS: How do you perceive the current extent of decentralisation in Slovakia, along with the current powers and duties of self-governing regions?

Since regional administration was established in Slovakia only in 2002, meaning it has only two election terms or eight years of existence behind it, it is possible to say that we have advanced really far in decentralisation. We have gradually taken over many powers and responsibilities even though it is necessary to say that we have taken over many of them without any financial support and that we had to cope with these problems alone. This was, for example, the situation with roads, hospitals, bus transportation, and so forth. I think that we could ‘finalise’ responsibilities in some areas, for example in education. Maybe it would be good, following the Czech model, to also take over responsibilities within crisis management.

What we feel as a serious shortcoming is the lack of regional powers and authority in flood protection. We would welcome more competencies in this field because floods harm property in our region. The planned transfer of regional railway transport to self-governing regions may be also become a problem because without financial support the self-governing regions will be unable to guarantee performance of this responsibility.

TSS: Slovakia suffers from regional disparities. Does this problem also affect Prešov Region? In which areas do you perceive the biggest disparities and what solutions do you propose?

Prešov Region is the weakest region in Slovakia from the economic point of view. This is not flattering, but this is a fact which has been developing for many decades and we are unable to change this even within 10 years. But this is not a problem special to Slovakia. This is a problem of many countries, with their border regions developing much slower than parts in the centre. We have to endeavour to benefit from this difficult situation as much as possible. It is true that we are the economically weakest region, but on the other hand we have the best preconditions for development of tourism. Our untouched nature and breath-taking historical and cultural heritage create unique opportunities for tourism. This is a sector on which we want to focus; one which can bring development to the region.

The problem is the local transport infrastructure, which is far from sufficient. Missing highways and other connections, which should have been built a long time ago, have discouraged many investors from coming to this region. Currently, this insufficient infrastructure also hampers the better development of tourism on which we are focusing.

But this is a problem which we are unable to solve alone. And again, this stems from a long heritage and it is not possible to resolve it within one or two years. We are able to take care of second- and third-category roads, but first-category roads and highways must be solved by the state.

We are trying to remove the large passive debt which accumulated in the region during many decades with the help of structural funds from the European Union.

During the last four years the Prešov Self-Governing Region obtained and used an unbelievable €240 million for development of the region. The €66.4 million we obtained from structural funds in 2009 will enable us to continue at this pace and this will contribute not only to modernisation but also to employment in the region.

We are also calling on the Slovak government to pay special attention to our region and in many cases we have already managed to push through objectives which support our region.