MISSING highway connections to the rest of the country and the European motorway network, which discourages investors, and rising unemployment are two of the main sore points of citizens living in Slovakia’s most eastern part of the Schengen zone – in Košice Region and Prešov Region. Even though the regions differ significantly in their economic development, both say they offer attractive business opportunities and an educated labour force. The second biggest city in Slovakia, Košice, has already proved that its environment is suitable for the IT sector and related R&D to accompany its traditional metallurgy and mechanical engineering industries. Prešov Region sees tourism as only barely tapped to date and believes that its region has the best preconditions for further developing tourism in all of Slovakia. 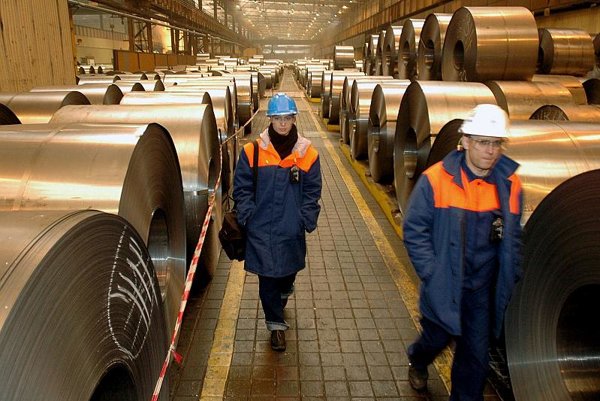 MISSING highway connections to the rest of the country and the European motorway network, which discourages investors, and rising unemployment are two of the main sore points of citizens living in Slovakia’s most eastern part of the Schengen zone – in Košice Region and Prešov Region. Even though the regions differ significantly in their economic development, both say they offer attractive business opportunities and an educated labour force. The second biggest city in Slovakia, Košice, has already proved that its environment is suitable for the IT sector and related R&D to accompany its traditional metallurgy and mechanical engineering industries. Prešov Region sees tourism as only barely tapped to date and believes that its region has the best preconditions for further developing tourism in all of Slovakia.

Eastern Slovakia keeps waiting for transportation to the west of the country via highways, either with the so-called northern connection or the so-called southern dual carriage way. Košice Region also keeps pushing for the building of a modern highway from Košice to the Hungarian border.

“This will contribute to strengthening the north-south interconnection of Košice Region and linking the region to the European highway network,” Zuzana Bobriková, spokesperson for the president of the Košice Self-Governing Region, told The Slovak Spectator.

The unemployment rate has been traditionally high in eastern Slovakia, except for within the city of Košice. The jobless rate currently exceeds 15 percent in most districts in the two regions. While the jobless rate in Košice Region jumped by 0.29 percentage points to 17.30 percent in December 2009, the unemployment rate in Prešov Region increased by 0.19 percentage points to close the year at 18.29 percent, both significantly exceeding the national average of 12.66 percent, according to the Labour, Social Affairs and Family Office (ÚPSVAR).

Košice Region is particularly known for its industrial production base, which is of key importance for the economy of the whole country. Industry is concentrated predominantly in the districts of Košice, Michalovce and Spišská Nová Ves and spans many sectors, from food processing to metallurgy.

“The main sectors include metallurgy, chemical and electrotechnical industries,” Timea Nemešová, the project manager of the foreign direct investment section at the Slovak Investment and Trade Development Agency (SARIO) told The Slovak Spectator. “The dominating metallurgy industry, with U.S. Steel Košice as the biggest company in the region, accounts for 60 percent of the region's industrial production and 50 percent of its export.

The two other mentioned sectors are export-oriented as well. Chemko Strážske specialises in organic and inorganic chemicals and the electrotechnical sector is represented primarily by foreign-capitalised companies such as BSH Drives and Pumps Michalovce.”

Agriculture is the key sector in the southern part of the region due to the fertile soil of eastern Slovakia’s lowlands. Mechanical engineering and the metalworking industry, with companies such as VSS Košice and Embraco Slovakia, are also well developed. From the viewpoint of direct foreign investments these industrial branches represent prospective sectors, but during the current environment it is difficult to precisely foresee the future allocation of foreign investments, according to Nemešová.

During 2002-2008 SARIO successfully completed 44 investment projects in the region with a planned aggregate investment of €885.285 million and an outlook for creation of between 7,822 and 8,419 jobs. As much as 34 percent of this investment was related to the metalworking and machine industries (Gilbos, Trident Alloys and Brano Group, for example), 16 percent went into the automotive and chemical industries (Siemens Automotive, Magneti Marelli Sistemi Elettronici, Hi-Tech Mouldings Limited, and others), 21 percent into IT services (T-Systems International, Ness Technologies), 7 percent into the wood and paper industry and 5 percent into electrotechnical and R&D fields, said Nemešová.

Information technology is well established in the region thanks to a successful project called IT Valley and the presence of strong companies of global importance, for example NESS KDC, Siemens Program and System Engineering, T-Systems Slovakia, to list just a few.

According to the National Bank of Slovakia, the inflow of direct investments into Košice Region keeps growing. A record inflow was recorded in 2007, when it exceeded €2 billion, according to Nemešová.

But as Ľudovít Korotnoky, the head of the Košice Regional Chamber of the Slovak Chamber of Commerce and Industry, told The Slovak Spectator, other local industrial parks are not fully occupied.

When listing what would help the region to develop, Korotnoky said completion of infrastructure in the region is of primary importance but he also added a few other suggestions.

“Conditions for law enforcement should improve as well,” he said. “Better pro-export policy for the segment of small and medium-sized companies should improve as well. During the time being companies also face more difficult access to bank loans. Last, but not least, reduction of the red tape when obtaining funds from the European Union and a more businesslike assessment of projects, without elements of cronyism, would also help.”

Peter Chudík, re-elected president of the Prešov Self-Governing Region, sees tourism as the economic sector which could lead further development of the region. The region boasts the High Tatras and the Slovenský Raj mountains while also sharing the primeval beech forests of the Carpathians, which were recently added to the list of the UNESCO World Heritage sites, with Ukraine, to mention only a few of its main attractions for tourists.

“We have here preconditions for development of tourism which no other region of Slovakia has,” said Chudík.

Prešov Region is the weakest region in Slovakia from the economic point of view, with mostly a rural character.

“Due to the low internal investment potential, industry in the region is not fully developed,” said Nemešová of SARIO, adding that the economy of the region is based on four pillars: food production, chemicals, mechanical engineering, and textiles.

In the past the region was also strong in the electrotechnical industry, exceeding the national average. But after a number of foreign companies invested heavily into this industrial sector in more developed regions, this is no longer true, according to Nemešová. She listed Whirlpool Poprad, Tesla Stropkov, JAS – Elmont, Tatravagónka, Tatrasvit Svit – Socks and Bukocel as among the most important domestic and foreign investors in the region. Chudík sees investors diversifying into more varied fields as “better for the region”.

SARIO assisted in 24 investment projects between 2002 and 2008 with planned total investments of €254.25 million with a prospect of creating between 3,115 and 3,562 jobs. A third of the investment went into the mechanical engineering and metalworking industries (Glunz & Jensen, Immerfin S.P.A., Kamax-Werke, Hopax, and others); 17 percent flowed into the auto industry (Westaflex, Cemm Thome, Tréves, and others) and the remaining investments landed mostly in construction, wood-processing and the clothing industry, according to Nemešová.

According to data by the Slovak central bank, the inflow of direct foreign investments into Prešov Region has been gradually growing. The highest years were in 2004 when it reached €249.2 million and in 2007 when it amounted to €197.27 million.

The Prešov Regional Chamber of the Slovak Chamber of Commerce and Industry has been supporting local businesses in several ways.

“As it has been said, it is not necessary to reinvent the wheel,” Helena Virčíková, president of the Prešov Regional Chamber told The Slovak Spectator. “We have obtained a lot of knowledge during our stays abroad within the Leonardo da Vinci mobility projects. Mostly we were interested in structures, outputs and sustainability of projects.”

Apart from conveying their own experiences from study visits, the regional chamber also sponsors local companies to visit renowned companies abroad to get information about their genesis, their strategy, and to draw inspiration from this in finding their own way in business and in their market. According to Virčíková, the regional chamber regards education as its key activity and it has already carried out many projects and has a lot of plans in process in this area.

And while she says the economic crisis is crunching Prešov Region, she sees, along with tourism, a good prospective for the region in the eletrotechnical industry.

“This period gives sound opportunities, especially to electrotechnics,” she said. “Elcom, a company developing and producing cash registers, POS systems and professional displays and keyboards and drawing other regional companies into its innovative projects, is a good example of this.”