LONG living in Bratislava’s shadow, the city of Košice in eastern Slovakia has started manoeuvring to take a leadership role in the country’s tourist industry. 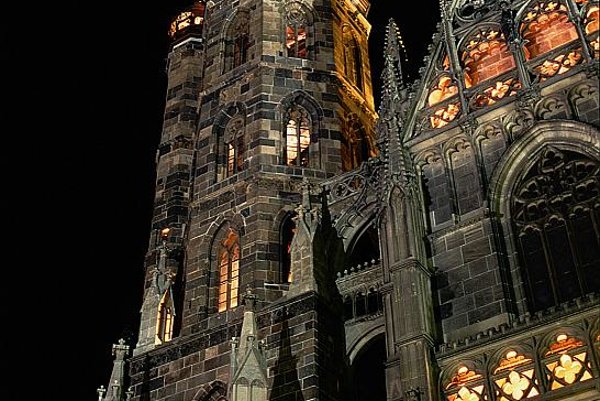 LONG living in Bratislava’s shadow, the city of Košice in eastern Slovakia has started manoeuvring to take a leadership role in the country’s tourist industry.

As the European Capital of Culture for 2013, Košice is expecting a large influx of tourists and is gearing up to make the most of the occasion.

Because this is the first time a Slovak city has won the Capital of Culture title, the organisers of the Košice 2013 project came up with the idea to promote destination management among Slovak regions.

Zora Jaurová, director of Košice 2013, suggested that destination management is something that works almost everywhere else around the world, but not yet in Slovakia, where tourism promotion is less organised and centred more around particular hotels or attractions.

“[Destination management] is based on the creation of a platform through which cities and others in the tourism industry, such as hotels, travel operators and others, will unite,” Jaurová said. “They will create an organisation that will promote the destination as a whole, eventually creating projects increasing tourist traffic together.”

Košice might become Slovakia’s first example of successful destination management that could serve as a model for other regions around the country. An organisation dedicated to the joint promotion of the city and its region is just being launched in Košice.

Since destination management is not a very well known phenomenon in Slovakia, the City of Košice and Klaster Liptov, a group of stakeholders in the tourism industry, organised a seminar about destination marketing and management in Bratislava on January 21.

The event aimed to motivate Slovak cities and regions to streamline their marketing and enable them to attract more tourists.

An expert on tourism, professor Mike Robinson, addressed the seminar, stressing that tourists cannot be treated as a sort of homogeneous group.

“Although [tourism] is a global phenomenon, it is very far from being a mass phenomenon,” said Robinson, who is the Director of Centre for Tourism and Cultural Change (CTCC) at the Leeds Metropolitan University in the United Kingdom.

Robinson said that identifying the experience that tourists have with certain destinations is one of the most important factors that tourism professionals should take into consideration.


Phil Long, deputy director of CTCC, suggested that destination management organisations have to identify the resources they have and focus on the distinctive features of the region they want to promote.

“There has to be something really distinctive that captures the imagination and particularly interest of the international visitor,” said Long. “It is about how you distinguish your identity, how you draw your image.”

According to Long, each of the regions is trying to say “we are different, we have got something special to offer, they even may say – we are better than that next door”.

Simon Lachner, hospitality manager of Linz, the European Capital of Culture 2009, offered a successful example of destination management and the opportunities the Capital of Culture project provided. Lachner said that the project has succeeded in changing the perception people have of Linz from an industrial city to a city of culture.

Other international participants at the seminar included Suleiman Farajat, a researcher from the Leeds Metropolitan University in the UK, Anya Niewierra, general director of the Dutch tourism board and Milan Culic, executive director of the Centre for Tourism Research and Studies in Serbia. They all discussed their own countries’ experiences in destination management.

The European Capital of Culture project is part of the EU’s cultural programme and has been running since 1985. According to the European Commission, the major goal of the programme is to emphasize the role of culture in the transformation of European cities and the creation of a European identity.