HUNDREDS of Slovak judges have turned to the courts with claims of what they call “wage discrimination”. After an early February ruling by the Bratislava District Court upholding a wage discrimination complaint brought by Judge Ondrej Gaborík of the Trenčín Regional Court and awarding him €90,000 in damages, the mass court claims submitted by the judges are now raising serious concerns about the ethics of some members of Slovakia’s judiciary as well as the potential drain on the state’s coffers. 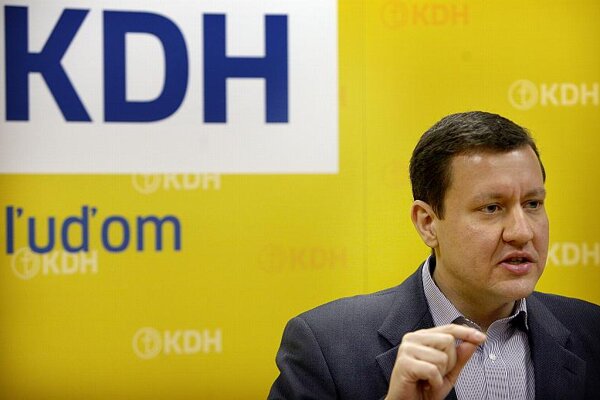 HUNDREDS of Slovak judges have turned to the courts with claims of what they call “wage discrimination”. After an early February ruling by the Bratislava District Court upholding a wage discrimination complaint brought by Judge Ondrej Gaborík of the Trenčín Regional Court and awarding him €90,000 in damages, the mass court claims submitted by the judges are now raising serious concerns about the ethics of some members of Slovakia’s judiciary as well as the potential drain on the state’s coffers.

The disgruntled judges who filed the lawsuits believe that higher salaries that were paid to judges sitting on Slovakia’s former Special Court, established by the previous government to fight high-level corruption and organised crime, were discriminatory towards less well-paid judges at other courts.

While the current Justice Ministry blames former Justice Minister Daniel Lipšic for the situation, Lipšic, a deputy chairman of the Christian Democratic Movement (KDH), said the lawsuits are immoral and are driven by judges’ envy and greed. He also objected to the fact that judges who themselves have lodged wage discrimination complaints will decide about similar complaints submitted by their colleagues, which he said seriously conflicts with the principle of impartiality.

The February wage discrimination verdict was handed down by Bratislava Judge Tatiana Redenkovičová-Koprdová who has also lodged a similar complaint on behalf of herself. Moreover, Justice Minister Viera Petríková, a nominee of the Movement for a Democratic Slovakia (HZDS), lodged a similar lawsuit three years ago when she was serving as judge. The Justice Ministry has refused to comment on the assumed impact of the lawsuits on the Slovak judiciary saying that “these are still ongoing trials”.

The Constitutional Court had previously ruled that the position of judges between the different courts was uneven, said Michal Jurči, the spokesman for the Justice Ministry.


“This situation was caused by Daniel Lipšic, who professionally and politically failed to handle the project of specialisation of judges and instead he established the Special Court,” Jurči told The Slovak Spectator.

Lipšic said that various issues surrounding the complaints might have a devastating effect on Slovakia’s judiciary.

“Partly, they do not have support in the wording of the [anti-discrimination] law; partly they are immoral; and partly, judges who themselves submitted complaints, including the justice minister, will decide about these suits,” Lipšic told The Slovak Spectator.

According to Lipšic, if the impartiality of the courts is to be maintained then it is clear that the judges cannot rule on cases involving each other. He called the development a “flagrant violation” of the principle of impartiality and suggested that this ethical departure will lead to a further dramatic fall in the trustworthiness of the judiciary and will confirm that “reform of the judiciary will not come from inside and that in the future it will be necessary to carry out very radical reforms in the judiciary, including personnel changes.”

On February 9 the Sme daily broke the story that templates for preparing similar wage discrimination complaints had been circulating in the judiciary both before and after the Constitutional Court’s decision. Sme reported that an email from a Košice Regional Court provided instructions on how the judges could modify the arguments in the lawsuits against the state in order to boost their chances to win and get financial compensation. According to Sme, the sender of these emails was Juraj Sopoliga, who also serves as a member of Slovakia’s Judicial Council.

Regarding this instructional email, another former justice minister, Lucia Žitňanská of the Slovak Democratic and Christian Union (SDKÚ), said that it was sent out after the Constitutional Court released its verdict and they [the judges] realised that the complaint submissions might need to be completed quickly.

“It is a scenario which uses the unacceptable linking of the judiciary with executive power in the form of the justice minister, now Ms minister [Petríková], who at the same time was a judge and thus at this post she is not taking the position of the government and citizens, but it is as though she is representing the interests of judges and is playing the same game as these judges,” said Žitňanská.

She said the initiative for the massive number of complaints started in 2007.

“According to my information, the complaints were organised through chairmen of regional courts and written at the Supreme Court,” Žitňanská told The Slovak Spectator. “It means that these were organised under [former justice] minister [Štefan] Harabin.”

Lipšic said that the ministry should first of all prepare a defence against these complaints.

“My question is about who the Justice Ministry officials represent,” said Lipšic. “Do they represent taxpayers or that portion of judges who through their complaints expressed greed and envy? Who do they represent?”

Jurči said that the Justice Ministry had not participated in organising the submission of complaints.

“Also, judges are guaranteed the freedom of expression by the Constitution and thus you cannot prevent anyone from filing a complaint and discussing it,” Jurči told The Slovak Spectator.

If the verdict handed down in early February serves as a precedent for judges at other courts, Slovakia might end up paying out €100 million to judges. According to Sme, as many as 80 percent of Slovakia’s judges have filed similar lawsuits while some judges have also complained that the alleged wage discrimination and the public discussion about judge’s salaries have harmed their personal dignity.

Jana Dubovcová, who recently quit as a judge and announced that she was joining the SDKÚ political party, had sued the state as well. However, she said the purpose of her lawsuit was to point at the absurdity of the ruling by the Constitutional Court, which had used the wage discrimination argument as part of its decision to find the Special Court to be unconstitutional.

“I know Dr Dubovcová quite well and I am certain that when she submitted her complaint she did have this argument in mind,” Žitňanská said. “I spoke to her and she has said that she is ready to withdraw her lawsuit.”

Lipšic said that he respects Judge Dubovcová but that it is impossible to take her argument seriously.

The Constitutional Court ruled on May 20, 2009 that the Special Court had not been established in accordance with the country’s constitution. The petition to the court was initiated by a group of 46 MPs from the ruling coalition. The deputies from the Movement for a Democratic Slovakia (HZDS) were vehemently opposed to the higher salary level established for judges of the Special Court, arguing that they were being paid much more than judges at other courts. The court upheld this argument, ruling that the compensation for judges of the Special Court was disproportionate.