AS THE SWEDISH government announced in January that it will close its embassy in Bratislava later this year, along with another four of its embassies in EU countries, it was emphasised that space remains for developing new forms of bilateral contacts within the existing framework of close cooperation between Slovak and Swedish partners. Since the announcement also contained a general reference to possible further changes in the Swedish presence abroad, this might appear, to some, as a bold step. This is not necessarily the case. 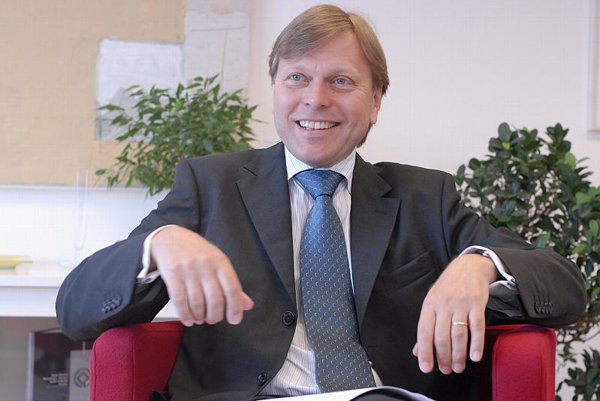 AS THE SWEDISH government announced in January that it will close its embassy in Bratislava later this year, along with another four of its embassies in EU countries, it was emphasised that space remains for developing new forms of bilateral contacts within the existing framework of close cooperation between Slovak and Swedish partners. Since the announcement also contained a general reference to possible further changes in the Swedish presence abroad, this might appear, to some, as a bold step. This is not necessarily the case.

Sweden, which has been an EU member for 15 years, has acquired sufficient knowledge and experience to efficiently operate within the European Union. The recently-held Swedish presidency of the EU certainly required a mustering of strength while involving all our embassies across the EU. Having fulfilled the obligations and challenges of the presidency, we are now in a position to carry through organisational changes to our diplomatic presence in Europe. The relations and channels of communication among European countries have developed to such a level that contacts and cooperation can be maintained by means other than embassies in each country.

Consultations between EU member states in most fields of policy quite often take place in direct contacts between ministries; thus, our new approach should not be seen as an expression of a less-active or less-dedicated Swedish EU policy. It should rather indicate that Europe has become a natural field of activity for major parts of the Swedish administration, one that works beyond solely diplomatic initiatives.

However, the fact that budgetary reasons have played a role here should not be denied. Sweden needs to be more flexible when it comes to its foreign service. In times of financial restraint, even limited resources can make a big difference in other parts of the world where we are required to use the traditional tools of diplomacy. If out of sight in a non-European environment, a country also tends to be out of mind.

Nevertheless, we must not disregard the possibility that the perception might differ somewhat within the EU countries where Sweden is about to close its embassies. This may apply to the new democracies, like Slovakia, which are still fine-tuning its European networks. We will therefore attach great attention to the proper functioning of new facilities in the region offered for bilateral diplomatic communication. Sweden intends to charge its embassy in Vienna with taking good care of this task. This by no means should cause a standstill in the exchange of high-level official visits or of more informal bilateral gatherings of officials. Nor should it forebode the end of Swedish commercial or cultural manifestations in Slovakia. The Swedish Trade Council office will hold its position here, as will the Swedish Chamber of Commerce.

Of course there is still much to do until the full potential of Swedish-Slovak cooperation has been explored and utilized. In the economic sphere, there is space for an intensified exchange of goods and services as well as in know-how in areas of mutual competence, such as the automotive industry, wood processing and energy-saving. The current scope of our exchange is much wider than trade figures alone reflect. As our economies recover from the effects of the global crisis, the comparative advantages and skills of our two countries should lay the basis of further investment projects, not least those benefiting from a close interaction between industry and academic research.

Coming back to the EU agenda, Sweden and Slovakia should maintain and expand their efforts to build alliances in matters of common interest. I refer, for instance, to our joint profile as staunch defenders of free trade against protectionist tendencies. Likewise, we should stick together in our endeavours to promote the Eastern Partnership programme and the further integration process of the Western Balkan countries.

The rapid transformation of Slovakia to a modern European society, within a remarkably short time, still makes a strong impression on me. The generally supported commitment to fundamental changes and the resilience of the Slovak people facilitated this challenging turnaround. Thrown into the mechanisms of fierce world market competition, at the same time accommodating a complete make-over of the society, Slovakia stood the test. Its full integration into EU structures, including last year’s adoption of the euro, displays that success.

On a somewhat lighter note, I think that features shared by countless Swedes and Slovaks, like the passion for outdoor life and ice hockey, tourism and popular music, will remain the most valuable inspiration for our continuous people-to-people contacts, arousing mutual curiosity and interest also in a broader sense.

Mikael Westerlind is the Swedish Ambassador to Slovakia