They said we were crazy…

THE WORLD Economic Forum 2010 took place a few days ago. This is a gathering traditionally dominated by grey men in grey suits. It still is. But the good news is that the men in grey suits are increasingly taking an interest in gender equality. And why this interest? The reason is simple – and I quote from one of their reports: “…countries that do not fully capitalise effectively on one-half of their human resources run the risk of undermining their competitive potential”. In other words – no society can afford to ignore female talents! 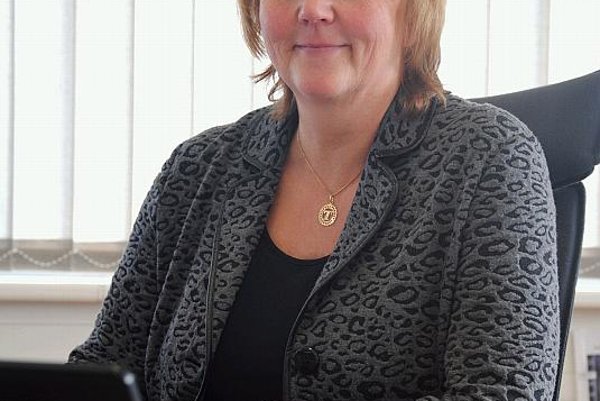 THE WORLD Economic Forum 2010 took place a few days ago. This is a gathering traditionally dominated by grey men in grey suits. It still is. But the good news is that the men in grey suits are increasingly taking an interest in gender equality. And why this interest? The reason is simple – and I quote from one of their reports: “…countries that do not fully capitalise effectively on one-half of their human resources run the risk of undermining their competitive potential”. In other words – no society can afford to ignore female talents!

Some have called Norway a “haven for gender equality”. Women in Norway gained the right to vote in 1913, and since then women’s participation in democratic processes has gradually increased. Gro Harlem Brundtland, former Norwegian Prime Minister, attracted international attention in 1986 when she formed a cabinet in which nearly half of the members were women. No other Norwegian Prime Minister has since dared to form a government with less than 40 percent women.

As a result of our policies, women occupy about one-third of the seats in the Norwegian parliament and the municipalities. The parliament for our indigenous Sami people had a female majority for the first time in the 2005 elections. Women’s participation in the workforce is now 80 percent, which is the highest among industrialised countries. Our birth-rate has increased every year and now stands at 1.96 – among the highest in Europe.

Norwegian women are highly visible in the top level spheres of politics and public life. But, turning to Norwegian business and industry there was an obvious deficiency – there were very few women in senior positions and boardrooms. In 1993, women took up 3 percent of corporate board seats; in 2002, the figure was 6 percent. At this speed it would have taken 100 years to get to 40 percent women on boards.

Women were in fact excluded from decision-making positions. And that’s bad for business.

In 2003 the Norwegian parliament adopted a law that requires women to hold at least 40 percent of the seats on boards of publicly listed companies over a certain size. The challenge was huge. Out of the 611 affected companies, 470 had not a single female board member.

After several years of voluntary compliance had failed to lead to a sufficient number of female board members, the government made the quota compulsory and the message to the companies was loud and clear – meet the requirement or risk dissolution.

There was uproar! All the companies were up-in-arms. Executives were quoted as saying it was a completely ridiculous law and it would never happen. And it might never have happened without the penalties in the law that threatened to shut companies down if they did not comply.

And if you ask these business leaders and companies today, they will tell you that there is no problem finding competent women at all.

Yes it is true that some boards in Norway grew younger and more inexperienced, but the longer-term effects of legislated diversity outweigh any short-term drawbacks. It now seems to be recognised that diversity is good for innovation, bottom-lines and corporate culture. The quota is not simply a strike for equality, it makes sound economic sense, too. And, to quote a Norwegian entrepreneur, the law is “the largest transfer of power to women since they got the vote”.

And these are not policies that only rich countries can afford. They are investments for the future! We as a country have made great progress in recent years, not in spite of our family and gender policies, but because of these policies.

Our gender equality policy has contributed to spurring our economic growth. We are more economically competitive also because we are ahead with our family and gender policies. We hope that our equality policy could provide positive examples for other countries. In fact, other European countries like Spain, the Netherlands, France, Belgium, Britain, Germany and Sweden already have or are considering similar legislation.

In a survey by the World Economic Forum in 2008 Norway was ranked world No. 1 on gender equality, followed by three fellow Nordic countries. For some years Norway also has come out on top of the UN Human Development Index, being ranked the best country to live in.

A coincidence? I don’t think so!

Trine Skymoen is the Norwegian Ambassador to Slovakia