DENMARK is a green spot on the face of Europe. This goes for its geographical topography, with the lowland country’s highest peak reaching some 170 metres above sea level, but it is also true when considering its environmental awareness and public spending devoted to issues relating to climate change and sustainable growth. Denmark is simply green, and, as such, could serve as an example for other European countries. 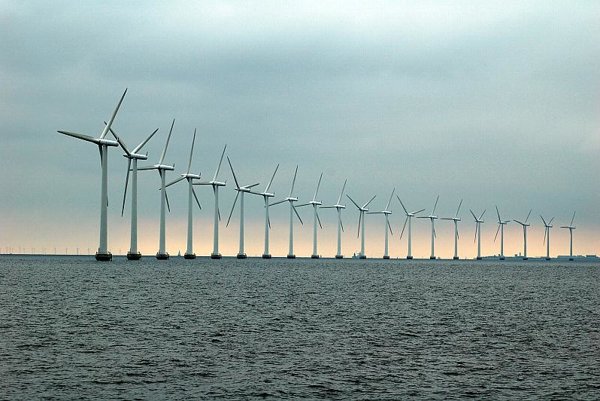 DENMARK is a green spot on the face of Europe. This goes for its geographical topography, with the lowland country’s highest peak reaching some 170 metres above sea level, but it is also true when considering its environmental awareness and public spending devoted to issues relating to climate change and sustainable growth. Denmark is simply green, and, as such, could serve as an example for other European countries.

The UN Climate Change Summit that took place in Copenhagen at the end of 2009 has brought international attention to this Danish characteristic. Denmark, as host to the most important climate change conference in recent times, was given a golden opportunity to showcase its green thinking. And it did so in a number of ways, including its cycling culture, which Danes apparently have a passion for and which, among other things, has earned Copenhagen 5th place in the New York Times ranking of places to visit in 2010.

In its Climate and Energy Policy, the country has committed itself to ambitious goals to reduce greenhouse gases, limit energy consumption, encourage energy savings, and make use of renewable energy sources.

“All nations, including small ones like Denmark and Slovakia, need to make a major and sustained effort to alleviate climate change,” Steen Bonde Rákoczy Pedersen, the Vice-Consul of the Danish Embassy in Bratislava, told The Slovak Spectator. “It goes without saying that countries can always learn from and draw on the experience of other countries that have been focusing on these issues for a considerable number of years.”

Slovak observers agree that, in comparison with Denmark, Slovakia is lacking adequate public discussion about most serious environmental problems and that it is non-governmental organisations that are the most active in this field.

According to Greenpeace Slovakia, the Slovak energy sector is far from being sustainable. Renewable energy sources cover only 3.4 percent of primary consumption and only 16 percent of the production of electrical energy in Slovakia.

“[The Slovak energy sector] suffers from high energy inefficiency, extremely high dependence on the import of primary energy sources, which are almost exclusively from Russia, a very low share of renewable energy sources, and a high share of nuclear energy,” Greenpeace wrote on their webpage.

Pavel Široký from the Slovak Climatic Coalition said that in the past 20 years, the Slovak government has not produced any serious, high-quality policy on renewable energy sources and energy saving issues. Slovakia was one of the last EU countries to adopt the Renewable Energy Act in June 2009.

“This law also has some ‘Slovak specifics’ which can be seen as barriers to the development of renewable energy sources, such as the guaranteed buyout of electricity for 15 and not 20 years,” Široký told The Slovak Spectator, adding that there is also not any serious financial mechanism in place to support renewables.

According to Široký, Slovakia has the potential to increase its energy savings to more than 30 percent of primary energy use by 2020. Together with its renewable energy sources potential (30-35 percent) Slovakia could have more than 60 percent of its energy consumption covered by its own resources.

“But the government is too sceptical to even reach 14 percent of its energy needs covered by renewables by 2020,” Široký said.

Rákoczy Pedersen said that the Danish Embassy has the impression that green energy and energy efficiency have not been political priorities in Slovakia, and that there is huge potential in both areas.

“In connection with climate change, it is a little surprising to note the decision to abolish the Environment Ministry and merge it with other ministries, including the Agriculture Ministry,” he said, commenting on the recent step taken by the Slovak government to slim down state administration by combining ministries in an attempt to reduce public spending.

The Danish energy policy agreement from 2008 set out ambitious goals concerning energy saving and energy efficiency. The measures that should lead to meeting these goals touch on all areas of human life – they include energy-efficient technologies to be used in enterprises, but also energy saving to be encouraged in households.

Renewable energy plays a crucial part in sustainable growth. According to the energy policy agreement, the Danish government is working towards meeting the goal of a 20 percent share of renewables in gross energy consumption by 2011, and at least 30 percent in final energy consumption by 2020, as stipulated by the EU climate and energy package. The energy agreement also improved framework conditions and enhanced support for wind, biomass, biogas, waste and other renewable energy technologies such as photovoltaic solar modules, wave power and gasification.

According to Široký, Denmark’s example provides a roadmap for Slovakia to follow.

“Denmark is a good example because the way they use renewable energy sources and the way they support energy savings and energy efficiency helped Denmark to become more competitive in the business sector and more independent from big coal-gas-uranium countries,” Široký said. “Also, thanks to support for renewable energy sources, the prices of electricity went down there by 20 percent over the last 20 years. The active support of renewables and energy efficiency helps not only to create a strong business sector but also protects the environment and public health.”

“Most of the Danish policies and solutions on green energy, energy efficiency and the reduction of CO2 emissions should be applicable in other EU countries,” Rákoczy Pedersen said. “The Danish Government and Danish experts will always be happy to share their experiences with colleagues from other countries.”