Nordic culture fans have reason to cheer in 2010

ALTHOUGH Nordic countries often evoke images of freezing weather and barren lands, the cultural calendars of their Slovakia-based diplomatic bureaus is chock-full of hot dates. 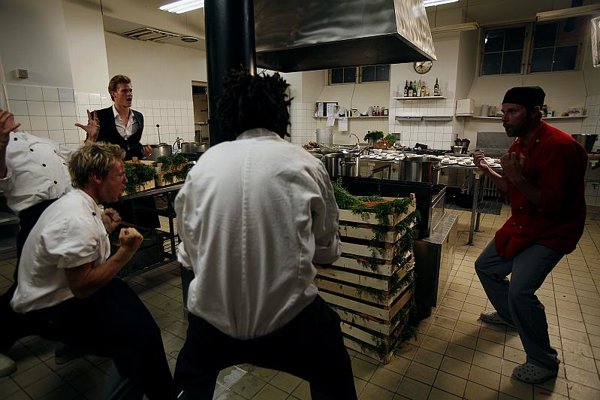 ALTHOUGH Nordic countries often evoke images of freezing weather and barren lands, the cultural calendars of their Slovakia-based diplomatic bureaus is chock-full of hot dates.


Just as on the European map, Denmark, Sweden, Norway and Finland are also close neighbours in Bratislava.

The embassies of the latter three reside at the same address, and Denmark’s premises are only a ten minutes’ walk from them.

But the same neighbourhood is not the only thing they share. Over the past few years, they have joined forces a number of times to introduce renowned artists from their home countries to Slovakia.

Probably the best-known example of cooperation among the four countries is the Nordfest film festival, which has just started and will run until February 26. Entering its third year, the festival is being held in Bratislava and offers local filmgoers the opportunity to watch ten recent Scandinavian feature films.

These include titles like Pearls and Pigs, a Finnish comedy by Perttu Leppä; Kitchen Stories, a Norwegian flick by Bent Hamer; and Old, New, Borrowed and Blue, by Danish director Natasha Arty.

Nordfest was founded in 2007 to address the lack of exposure of Nordic films in Slovak cinemas. Over a comparatively short time, the festival has drawn several thousand viewers and there are many faces that can be regularly recognised in the audience.

“Most of our fans are young people who have studied or worked in Scandinavia, but of course our audience goes beyond this target group,” said Lenka Krajčíková from Stoptime, the agency that organises the festival in collaboration with the Slovak embassies of the countries involved.

Krajčíková explained that the event also owes its popularity to the fact that it is always held at the Nostalgia Film Club, one of the most popular art-house cinemas in Slovakia, which also has its own faithful fan base.

As a result, Nordfest has also been popular among film connoisseurs, who greatly appreciate the originality of Nordic cinematography, Krajčíková told The Slovak Spectator.

“In fact, Scandinavian authors are typically influenced by weather and although their works cannot be simply described as invariably gloomy, as we have also seen a lot of great Nordic comedies, it is obvious that the atmosphere of these movies is very particular,” she said.

Culture for as many as possible

The list of other cultural programmes focused on Northern Europe in Slovakia’s cultural calendar is far from gloomy. A cursory glance is enough to show that those interested won’t have to wait long for events that will bring them closer to Scandinavian culture.

Apart from joint projects such as the aforementioned Nordfest or the Inakosť gay and lesbian film festival, each of the Nordic countries with a diplomatic mission in Slovakia also organises or supports numerous individual initiatives.

“We believe that our embassy’s role in the field of culture is mainly to be a facilitator of existing initiatives,” Aleksi Vakkuri, counsellor and deputy head of mission at the Embassy of Finland, told The Slovak Spectator. “That is why we try to support creating connections between Finland and Slovakia on all possible levels and in all possible domains, but seldom as the main organiser of a given cultural event.”

During the past months, the Finnish embassy has supported, for example, the Áčko student film festival and a concert by the noted Lahti Symphony Orchestra. In the months to come, the bureau has chosen to co-organise events such as the Nová Dráma theatre festival taking place in May, an appearance by the world-renowned Finnish boys’ choir Cantores Minores, which will be touring Central Europe in June, the Early Melons summer film festival, and two exhibitions focusing on the history of Finland and Finnish glass design respectively, which will be held later this year.

As for the Embassy of Denmark in Bratislava, it “strives to support events that can either generate or maintain the awareness of Danish culture among our Slovak audience,” said its Vice-Consul Steen Bonde Rákoczy Pedersen. “Therefore, rather than focusing on specific activities or a specific audience, efforts are being made to support an open and varied programme to the benefit of as many as possible.”

In compliance with this strategy, the embassy organises a range of activities, from screenings of Danish films, to concerts and literary soirees, to exhibitions and theatrical performances.

“Recent examples include the screening of the Oscar-nominated documentary Burma VJ during the One World Film Festival, the visit to Slovakia by Pia Tafdrup, a Danish writer and poet who won the prestigious Slovak Ján Smrek Award for Literature, and concerts by three Danish jazz bands, who appeared in Bratislava as well as in other cities in the autumn of 2009,” said Rákoczy Pedersen.

Rákoczy Pedersen added that details of events planned for 2010 are under development, but, as an example of what they have planned, he mentioned a performance by a Danish theatre ensemble at the traditional open-air Bratislava Summer Festival.

László Juhász, assistant for promotion at the Norwegian embassy, said that 2009 was a busy year when it came to the number of cultural programmes supported by the bureau and that 2010 will be also.

“To name just a few of the events recently held under the auspices of our diplomatic mission in Slovakia, I cannot omit Sculpture and Object, one of the most prestigious events presenting contemporary European art, or the travelling exhibition relating the history of Norwegian wooden churches that was on display in Martin, Kežmarok and Tvrdošín,” he told The Slovak Spectator.

The greatest highlight of the Norwegian embassy’s cultural programme for the upcoming period is a performance by Jan Garbarek, famous Norwegian jazzman, who will perform with his band in Bratislava on March 2.

“Garbarek is a master of unbelievably tuneful music that cuts right into one’s soul,” Juhász said. “We are very much looking forward to this concert, as should every Slovak jazz-lover.”


Moreover, the embassy is supporting a joint Slovak-Norwegian theatre performance about the life of the famous writer Bjornstjerne Bjornson, and is also co-financing the renovation of the premises of the Slovak Philharmonic orchestra.

Sweden does not lag behind its neighbours in terms of cultural involvement in Slovakia. In the autumn of 2009, when the country held presidency of the European Union, the Swedish embassy in Bratislava co-organised a concert by Swedish jazz band Quiet Night Orchestra, a fashion show featuring designs by talented Swedish artists, and a performance by the 90-member Norrköping Philharmonic Orchestra.

“We also have a very interesting spring ahead of us,” said Anders Lindgren, counsellor and deputy head of mission at the Swedish embassy. “There are numerous events coming up, including the organisation of a play for children based on Astrid Lindgren’s Pippi Longstocking, a seminar for students about the Swedish social model planned for March, and a touring exhibition called Sloverige, which is the result of very close co-operation between Swedish and Slovak organisations endeavouring to preserve traditional crafts.”

Lindgren concluded that Swedish culture enthusiasts should not worry about the fact that the Swedish government has recently decided to close its diplomatic missions in several countries, including Slovakia, which means that the Bratislava office will be closing down on June 30.

“The willingness of our Slovak partners to co-operate with Swedish and, more generally, Nordic partners is great,” he told The Slovak Spectator. “As an embassy, we are very grateful for all this interest. Without all our Slovak partners we would never have been able to achieve even a small part of all that we have achieved by now.”