Since the Slovak Republic (SR)entered the European Union (EU)Slovak employers posting employeesto other EU member states are now aware that besides other formalities it is also necessary to ascertain in which state the related social security and health insurance contributions for these employees must be paid.However, Slovak employers sometimes face problems when correctly applying the coordination regulations. Incorrect interpretations or a lack of information on the current legislative framework can lead to several sanctions. 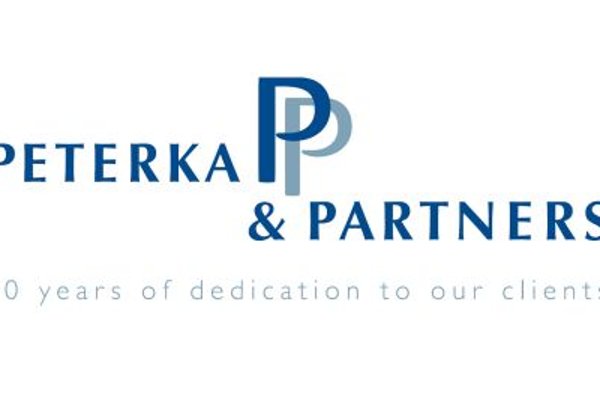 Since the Slovak Republic (SR)entered the European Union (EU)Slovak employers posting employees
to other EU member states are now aware that besides other formalities it is also necessary to ascertain in which state the related social security and health insurance contributions for these employees must be paid.However, Slovak employers sometimes face problems when correctly applying the coordination regulations. Incorrect interpretations or a lack of information on the current legislative framework can lead to several sanctions.

Regulation of the Council No. 1408/71 on the application of social security systems to employees and their families moving within the EU, as amended (“Regulation”), and Regulation of the Council No. 574/72 under which the Regulation is applied (“Detailed Rules for Application”) are regulations which are directly binding and superior to the national legislation of EU member states. The goal of the regulations is to determine the applicable legislation concerning the social security of employees, their family members, self-employed people who carry out their activities in one or more EU member states and the entitlements of these persons to health care and other social security benefits, such as pensions and unemployment benefits. It is important to note that the Regulation and the Detailed Rules for Application (jointly “Current Regulations”) also apply to EEA states and Switzerland on a contractual basis.

Situations when the regulations are most commonly applied by Slovak employers include posting employees abroad. Though the basic principle that employees are subject to the legislation of the state where they carry out their activities applies, under the Regulations it is possible, if certain conditions are observed, for posted employees to participate further in the Slovak social security and health system (that is, in the state from which they were posted). Confirmation that Slovak law applies is issued by the Slovak Insurance Company on form E 101 if the posting does not exceed 12 months. Under the Current Regulations a basic twelve-month posting may be extended only with the consent of an authority in the state where employees are posted. Consent is granted on form E 102. The extension may not exceed 12 months.

The New Regulation attempts to facilitate the free movement of services for employers of employees posted to other member states and simplifies the status of a posted employee as it defines posting as the activities of employed persons in another EU member state in the name of Slovak employers within a maximum of 24 months. If all conditions of the New Regulations are fulfilled, posted employees will be subject to Slovak legislation on social security and health insurance for the entire period of 24 months.

As in the past, the basic prerequisites for the status of a posted employee must be observed, which include the direct relation between employees and the employer who carries out an essential part of its activities in Slovakia and the application of Slovak legislation on social security and health insurance to Slovak employees for a minimum of one month before being posted. The direct relation is assessed mainly based on the assumed liability of employers for their employees, employment contracts, remuneration, the possibility of dismissal and the authority to stipulate the nature of the work.

The New Regulations introduce many other new issues, for example, stricter rules for observing the conditions for the application of the legislation of the state of residency if there is a pursuit of dependent activities in two or more member states. Due to its limited extent this text aims to point in particular to certain new provisions concerning the coordination of social security systems in Europe. However, Slovak employers should always bear in mind that only diligent and complex application of regulations on a case by case basis can prevent considerable costs in the future.

This article is of an informative nature only and under no account can it be considered to be a legal opinion. Should you need any further information on the issues addressed in this article, please contact our Law Office PETERKA & PARTNERS
Tel. +421 (02) 544 18 700
E-mail: office@peterkapartners.sk
URL: www.peterkapartners.com

* * *
Founded in 2000, PETERKA & PARTNERS has grown into a full-service firm with 70 lawyers and five offices in Prague, Bratislava, Kyiv, Sofia and Moscow and has built up a highly regarded practice within the CEE region.
PETERKA & PARTNERS has been consistently ranked among the best practices in the leading publications on the legal services market, such as Chambers, Legal500 and IFLR1000.