Looking ahead with caution and a clear-headed view 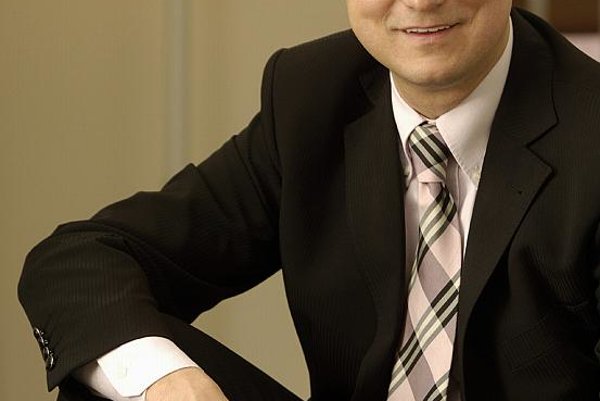 The Slovak Spectator spoke to Krekáč about the barriers standing in the way of business, the effectiveness of anti-crisis measures taken by the government and also about ways that firms can initiate some positives changes in response to the economic crisis.

The Slovak Spectator (TSS): According to the Business Alliance of Slovakia (PAS), conditions for doing business in Slovakia have worsened. The Business Environment Index (IPP) prepared by PAS has been continuously dropping since 2006 and is now at its lowest level since 2001. What factors have contributed to this?
Martin Krekáč (MK): Currently, the enduring economic downturn contributes most to the drop in the index. Nevertheless, the reason for the perceived decline in conditions for doing business is also the insufficient activity of the government against the crisis and against barriers to doing business. The low effectiveness of the government in using the resources of the taxpayers, which has been criticised by the business community, gets negatively reflected in several areas of the business environment. Despite the significant negative impacts of the crisis on tax revenues for the state budget the government has been delaying the necessary radical spending cuts in all departments. The result of this passiveness, in combination with the long-criticised and unresolved questions regarding enforceability of laws and the functioning of the judiciary is the cause of the recent drop in the index.

TSS: Which areas have been subject to the strongest criticism by the business community?
MK: When evaluating the environment as measured by the index, businesses have tended over the long-term to most harshly criticise the issue of enforceability of laws and the functioning of the judiciary. Businesses do mind the uncertainty evoked by the length of court trials, the level of corruption, and the insufficient proficiency and impartiality of judges, while they would also welcome an increase in the moral integrity of judges. There is no clear solution for improving the situation within the judiciary. The payroll tax burden is another barrier, though in this time of growing public finance deficits the chances of trimming down the payroll tax rate are diminishing as well. Thus the government should at least try to simplify the payroll tax system by merging some of the rates and simplifying the bookkeeping related to the taxes, since along with the rates, businesses also complain about the complicated nature of the system.

Recently, businesses have also increasingly been complaining about perceived growth in corruption and the disfunctional political system in the state, which is a reaction to scandals involving several ministries that were revealed by the media, along with the apparent disinterest of politicians in thoroughly investigating the cases. Another chronic problem is bureaucracy and procrastination at state administrative bodies.

TSS: How do you view the steps taken by the government of Prime Minister Robert Fico to ease the impact of the economic crisis on the labour market? Which measures do you consider most beneficial and which in your opinion have been ineffective or may have had a negative impact?
MK: In its first three anti-crisis packages the government adopted 69 partial measures, 13 of which were directly aimed at the labour market and support for employment. Among them were measures to support persons becoming self-employed, subsidizing newly-created jobs, temporary government support for payroll taxes, education and career consultancy and development of social companies. Despite the fact that the [labour] ministry registers some interest on the part of the business community in these forms of support, the overall effectiveness of these measures is low.

Unemployment in Slovakia has grown faster than in most of the other EU countries and it is not the result of the country’s strong orientation on the automotive or electro industry, because unemployment has grown fastest in regions where no large investments of this type have been made.
Measures that would remove barriers in the way of businesses and which over the long-term advance more intensive development of business activities would make a much stronger contribution to the labour market. A flexible labour code, good enforceability of laws, lower payroll taxes, fighting against corruption – these are all measures that could help the economy and also the labour market because these would strengthen the development of business activities, thereby creating new jobs.

TSS: PAS has carried out a large survey on doing business in Slovakia’s regions with the goal to identify competitive advantages and disadvantages of the regions. After surveying more than 25,000 businesses can you tell us some of the initial findings?
MK: The respondents were most critical about bridging the gap between the needs of the labour market and academia, the lack of knowledge of foreign languages, and the impact of the level of the minimum wage on businesses. They were positive about the motivation, discipline and diligence of employees, along with the long-term availability of employable labour.

Within the field of human resources, businesses most significantly perceive regional differences in the employability, level of education, knowledge of foreign languages and degree of fairness in selecting employees. In the business environment, they perceive differences in the availability of technologies and the development potential of Slovakia’s districts. Businesses are not only concerned about the gaps between the developmental level of particular districts, but also about the fact that these gaps are widening.

TSS: Which are the most competitive localities in Slovakia and which are the ones that are lagging behind?
MK: The most competitive areas are the districts within Bratislava with Trnava district following closely behind of all. These districts are benefiting mostly from the high education level and the knowledge of foreign languages, qualified job applicants and the fair process of selection of employees based exclusively on the most qualified candidates and not personal contacts. The negative perception of these aspects, in combination with weak bridges between education and the labour market, places the districts of Veľký Krtíš, Gelnica, Poltár, Levoča and Trebišov in the worst rankings.

TSS: Analysts do not expect much improvement in Slovakia’s labour market in the coming months. What do you expect to see happening on the labour market? Will firms react to the partial recovery in the economy by creating new jobs?
MK: In the current, complicated situation it is very difficult to broadly predict future developments. Despite this, it is possible to say that improvement cannot be expected in the labour market in the upcoming months. This statement stands even if we state that Slovakia will experience a moderate economic revival this year. The financial and economic downturn reached Slovakia several months after it devastated the world’s largest economies and in the way that its arrival was delayed, its departure will also be delayed. Despite the logical instinct to look at the future with optimism in association with the revival of economy, rather caution and sober views are desirable. The statistics and forecasts for this year aren’t that positive. Based on these, we could reach the economic level of 2008 sometime in 2011.

I do not think that firms will react to the long-awaited revival of the economy by creating new jobs. I assume caution, a slower takeoff, innovative approaches and more intense use of existing resources, including human resources. The crisis taught a lesson to many: certain wastefulness that organisations could afford in times of economic growth will forever remain history.

TSS: You have said before that the current downturn, along with its negative impacts, could also bring some positives to Slovak companies. What might these be?
MK: Certainly, I could mark as a positive aspect the fact that firms gained time to think about the near and distant future. The recent fast growth dragged several organisations onto a speedy rollercoaster and it was difficult for these firms to find the time and space for long-term strategic planning. The managements focused on maximising their outputs while neglecting issues of innovation, effectiveness and flexibility. The optimising initiatives often had a single goal and did not fall under the wider strategic heading and principles of sustainable growth. After the crisis, this approach will no longer be possible. This is why the crisis can be seen as a positive impulse to install new approaches and programmes.

The drop and slowdown in growth brings a chance to explore internal strengths and weaknesses. Complicated managerial structures, ineffective communication, unclear reporting or weak management of effectiveness within a strategic goal, or a weak corporate culture, often had a more negative impact on the functioning of a firm than the crisis itself. It is necessary to learn one’s weaknesses and then to react flexibly, innovate, seek out investment opportunities, and create new approaches and solutions.

Martin Krekáč is senior partner of Amrop Slovakia and chairman of the Jenewein Group.