Unemployment has been hitting record levels across Europe and Slovakia is no exception, reporting a jobless rate returning to two-digit levels for the first time in many years. The country, with its open and export-oriented economy, has been strongly affected by declining orders from abroad and now is waiting for the economies of Slovakia’s main trading partners to recover and lead to the first positive signals for Slovakia’s labour market. 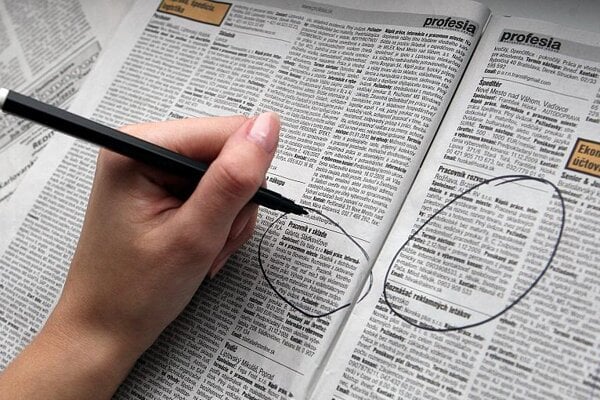 Unemployment has been hitting record levels across Europe and Slovakia is no exception, reporting a jobless rate returning to two-digit levels for the first time in many years. The country, with its open and export-oriented economy, has been strongly affected by declining orders from abroad and now is waiting for the economies of Slovakia’s main trading partners to recover and lead to the first positive signals for Slovakia’s labour market.

But market watchers caution that it may take many more months until jobs start reappearing on Slovakia’s labour market and some analysts are predicting that the first six months of 2010 could get even gloomier, with more people joining the ranks of the unemployed. They say that the labour market responds with a certain delay to economic recovery and that it is first necessary for demand to recover, then production and only after that will new job opportunities follow.

Slovakia closed 2009 with a registered jobless rate – the ratio of unemployed persons who are ready to immediately take a job compared to the overall size of the labour force – of 12.66 percent. According to data released by the Centre of Labour, Social Affairs and Family (ÚPSVAR) the unemployment rate climbed 0.26 percentage point over the month of December, reaching its highest level since March 2005.

“The unfavourable development in unemployment is, of course, a consequence of impacts of the economic crisis on Slovakia’s economy,” Jana Mrvová, an analyst with Poštová Banka told The Slovak Spectator. “The crisis in the world economy has forced consumers in all European countries to cut their household budgets.”

Under pressure from sinking foreign demand, production in Slovakia’s export-oriented economy fell significantly, opening the gate to a wave of layoffs, according to Mrvová. While not sparing any segments of the economy, the crisis first hit industrial producers, primarily in export-dependent businesses.

Compared to December 2008, Slovakia’s jobless rate in December 2009, as measured by ÚPSVAR, had increased 4.27 percentage points, with 116,570 more Slovaks joining the ranks of the unemployed over the course of the year. At the end of December, Slovakia had 335,490 registered unemployed persons who said they were ready to immediately take up jobs. The total number of jobless Slovaks amounted to 379,553. Of these, 140,116 have been unemployed for over one year.

Within the European Union (EU), which registered an average seasonally-adjusted jobless rate of 9.6 percent at the end of December 2009, Slovakia ended with the fifth highest unemployment rate of 13.9 percent, based on EU methodology, according to the EU statistics office, Eurostat.

“Even though we are currently witnessing certain positive economic results not only in the Slovak economy but also in the world economy which we could tick off as the beginning of an economic recovery, one should not forget that the recovery will be gradual,” said Mrvová. “The labour market responds to economic recovery with a certain delay since it is first necessary that demand and production recovers and only then will job opportunities follow.”

As for her predictions for 2010, Mrvová says the jobless rate will grow further in the first half of 2010 and might exceed 13 percent.

“Only the second half of the year might bring a slightly more positive situation on the labour market,” Mrvová said. “We might say that problems in the Slovak labour market will only be eased by an economic recovery and a subsequent demand by firms for new labour.”

Groupings of employers confirm increased layoffs and unemployment among their member companies. Slovakia’s Federation of Employers’ Associations (AZZZ) reported negative impacts especially in the textile industry, in agriculture and in the food production industry. The National Union of Employers (RÚZ) saw the automotive and engineering industries as the most affected. The construction sector has not escaped the impact of the crisis either.

Regarding the expected economic recovery, AZZZ does not see an improvement in employment in the short term.

“We even expect a moderate worsening of the situation in employment over 2010, stabilisation in 2011 and a gradual revival beginning in 2012,” Branislav Masár of AZZZ told The Slovak Spectator. “

According to RÚZ, Slovakia’s recovery will depend on the country’s main trade partners as Slovakia’s economy is very export-oriented, with the employer association noting that the formula exports + imports/GDP gave a result of 184 percent in 2008.

“We should not forget either the factor that Slovakia’s economy is one of the most open worldwide” Martin Hošták, the secretary of RÚZ told The Slovak Spectator. “We reach a higher share of GDP from industrial production than neighbouring economies. Thus the recovery from the recession will to a significant extent depend on Slovakia’s main trade partners.”

Currently, Hošták does not see any reliable indicators of a fundamental turnabout in the recession and says the problem is even highlighted by the weak diversification of industrial production and the economy in general in Slovakia.

“The Slovak government has focused only a little on attracting high-tech investments and investments with a lower dependence on external demand, such as tourism,” said Hošták.

While some HR experts are already seeing a moderate revival on the labour market, others do not expect any recovery in the near future.

“From our point of view, the labour market is moderately reviving,” Dalibor Jakuš, the director of the biggest job portal company in Slovakia, Profesia.sk, told The Slovak Spectator.

“Companies have halted recruitment of new workers for one year and in companies which reduced their staff, the work was often distributed among the remaining workers. People are thus tired and overworked. Companies realise that such a situation is not sustainable over an extended period of time and are starting to fill vacancies. On the other hand, they have optimised their processes and some have realised that a smaller group of people is able to do the same amount of work. Thus a drop in unemployment will be slow.”

Peter Peregrim, area manager from Manpower does not expect any revival in the labour market during the first half of 2010. He said companies keep pursuing savings and making their internal processes more efficient.

“But there are still some segments in which companies are filling vacancies only with difficulty,” Peregrim told The Slovak Spectator. “In spite of the cooling off in the construction sector, the lack of craftsmen persists.”

According to Peregrim, the labour market also lacks people with technical education and this includes not only those with university diplomas but also graduates from technical secondary schools and vocational schools. He said the demand for sales managers has also been increasing since companies are trying to reinforce their sales position in the current environment.

Jakuš expects a revival in interest in IT experts as companies continue to make their operations more efficient as well as for workers in the car industry, logistics and transport, that is in fields that have been hit hardest by the crisis.

The crisis has not made only blue-collar workers jobless but has also reduced the number of positions in higher-level and top management.

“The high unemployment in our segment is demonstrated by a significantly higher number of responses and CVs submitted to any vacant position announced,” Marianna Turanová of Target SK, an executive search company, told The Slovak Spectator. “In particular managerial positions, [which is supported by the fact that many companies underwent restructuring last year, which in practical terms means that they reduced the number of managerial positions,] some administrative positions were dissolved and then divided the work among the remaining colleagues.”

This has resulted in a lack of managerial positions on the market.

“Positions available are mostly as replacements,” she said. “Only a minimum of new positions are being opened. On the basis of talks with people who decide about recruitment and hiring I can say that companies do not count on any significant hiring and that the waiting game is ongoing. In spite of reports about a revival in Slovakia’s economy, the labour market may not grow yet.”